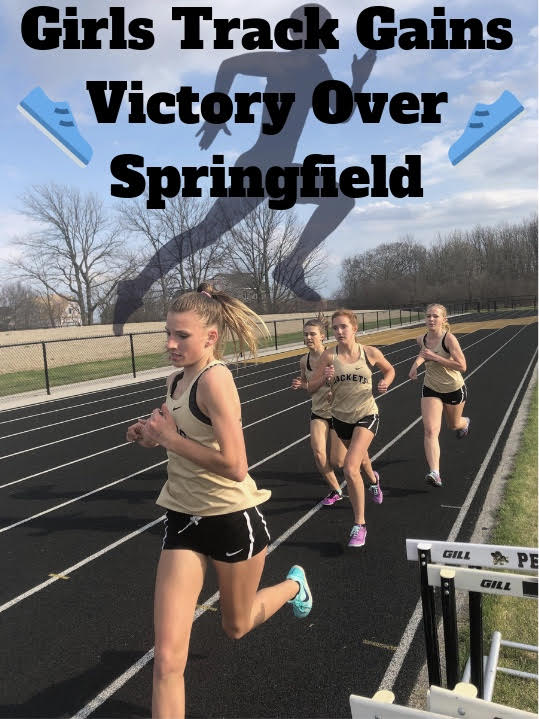 The gun sounds and the runners are off. Their quick footsteps lead them towards the finish line and the crowd roars with excitement.

On Tuesday, April 16th, the boys and girls track and field team ran against Springfield The meet was an extreme success for Perrysburg. Many of the Perrysburg student athletes reached their PRs, or personal records, which was an incredible win for the Perrysburg team as a whole. The ending result for Perrysburg vs. Springfield was 101 to 36, with Perrysburg winning. Some wins for the girls were Lexi Moehling winning first place for the 100 meter hurdles, Taji Pickett winning her shot put and discus events, Emma Francis winning the 400 meter run, and Emma Bohney winning the 300 meter hurdle event.

Olivia Fenneken, a Perrysburg sophomore, a winner of the 800 meter run and the 1600 meter run, gives other track runners a mantra to run by. She says, “My quote is ‘pain is temporary and pride is forever.’ You just got to go out there and do your thing.” She claims that she gets her success by eating well, hydrating well throughout the day, and getting plenty of sleep two nights before her meets.

Overall, the weather was perfect in order to have Perrysburg be successful. The coaches were very thankful to have nice weather for their athletes to run well and contribute to personal records. Mrs. Andrea Monheim, the coach for the sprinters, states, ““It’s going well so far. We’ve got some PRs, which are personal records. I thought the weather was fantastic and we had a lot of people cheering people on.”

In addition to the perfect weather, Monheim was also glad that many runners were not complaining of injuries and were able to compete.

Jon Monheim, the coach for girls’ distance running squad, was also pleasantly surprised to have such a fantastic meet:  “It’s gone pretty well, it’s good weather for a change on a Tuesday, which has helped produce some fast times. Definitely some surprising time, a little quicker than I thought we would run,” he says.

“I’d like to lose some weight, if I could drop 10 or 15 pounds I would be faster and I could run with the girls a little better,” Mr. Monheim jokes. On a serious note, he wishes that some of his injured athletes could have run as well, and that is all he would change about this meet.

Congratulations to the winning team of Perrysburg! They had a great triumph against Springfield and will hopefully continue doing so as the season progresses. They had great weather on their side and the amazing support of Perrysburg High School.