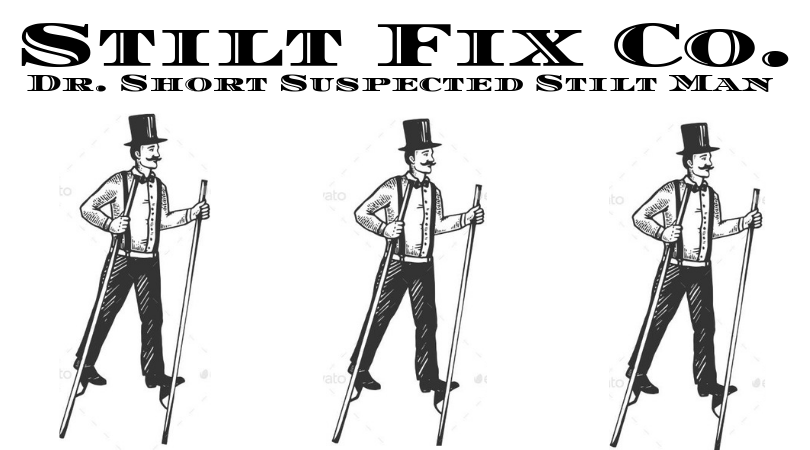 For years, Dr. Michael Short, principal of Perrysburg High School, has been a man known for his stature physical being in contrast to his namesake. Now suspicion has reared its head over this mountain of a man.

Sources privy to the suspect’s past – before the days of working at PHS – have revealed he used to be a professional stilts-man. Fellow graduate student, Professor BigIntall, says the two were in need of extra cash in their college days and heard of a company called Stilt Fix.

“A friend of ours brought it up one day, saying that Stilt Fix saved him from a run-in with the Local Baddies. He hired a Stilts-man to act as his ‘good friend’ for the week. The Local Baddies were afraid of the 9-foot stilts-man and decided for an early retirement from crime.”

It was said that Short and BigIntall had protective characteristics and went into the business as partners, but Professor BigIntall stated that Short become obsessed with his Stilt persona. Stilts became a part of his everyday life.

Now students stand up a little straighter in wonder next to him, knowing he really is a full small child’s worth of height over their heads.