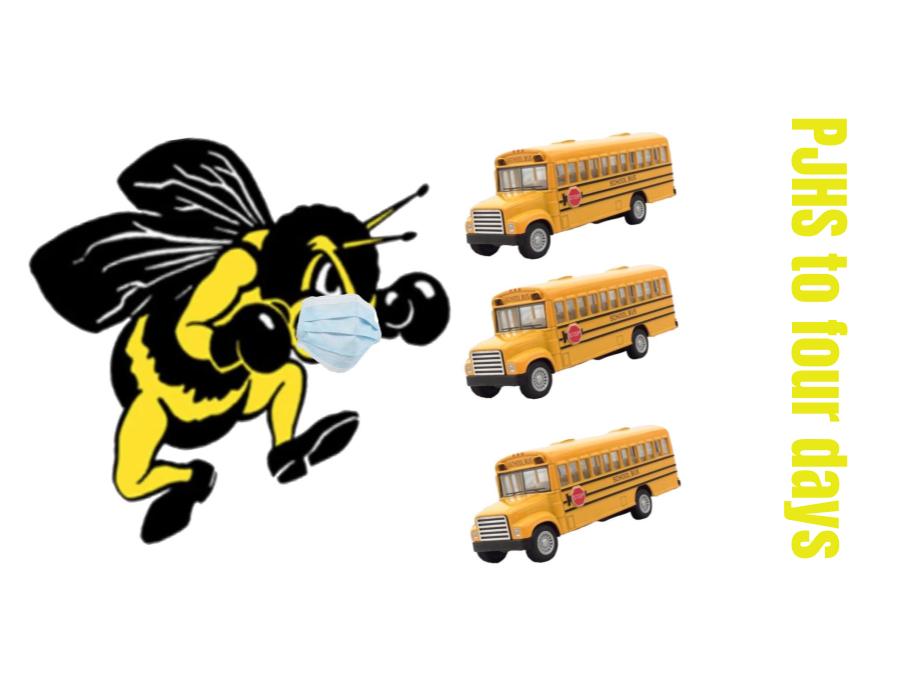 During the Perrysburg Board of Education meeting on Oct. 19, it was decided that students at Perrysburg Junior High School will begin to attend school four days a week starting Tuesday.

The junior high the year on a hybrid plan in August, with a main goal of having students back in school full-time at some point.

Perrysburg and Wood County have stayed at either a level two or three so far this school year on the state’s COVID-19 public health advisory system. And, since August, our district has implemented the recommended restrictions for these levels.

New data is uploaded every week to show any changes with the amount of students and teachers who are quarantined, traced or reporting symptoms.

In the data used for the new hybrid decision, there were 188 individuals who were traced or quarantined and 21 with symptoms. These numbers were reported in the week before the decision, from Oct. 9-15.

As recently as Oct. 23, there were 150 students and staff who were either traced or quarantined, with 22 students isolated with reported COVID-19 symptoms. These are the most recent reported numbers and they show an increase in just one with symptoms, but a major decrease in traced and quarantined individuals.

With the decreasing numbers, it has been confirmed that our district will try a new four day schedule at the junior high, starting on Tuesday, November 10. But does this guarantee anything for the high school?

According to the board, as long as a full return goes well in the junior high with the new schedule, students could potentially see a similar return to the high school in mid-January.

But obviously there will be more risks after this schedule is implemented.

The risky aspects of the new schedule might seem to worry some families. With this in mind, the school system has a backup plan to return to the hybrid schedule if the circumstances occur. The backup plan is the same as the original hybrid plan in August, and it would have the students revert to two-days of face-to-face learning.

This plan will go into effect if there is a substantial increase in quarantines or if the district begins to see more student-to-student and student-to-teacher spread after the new schedule is implemented.

The junior high school has room for the large amount of students who attend it. But the real question- is there enough room for all of them during a pandemic?

PJHS principal Don Christie also worries about this. He mentions that, “…We also know that no matter what, if we have nine-hundred to a thousand people back in the building, there’s only so much space to put students in classrooms.”

Christie brings up that classrooms would be full and that, “There would be less than two feet for distance.”

Christie says, “They would still have the mask, they would still practice, you know, the hand sanitizing and doing those things. But there’s no way that we can take a thousand people and distance them out, six feet, with the space that’s there.”

There are also around 300 students in each lunch period at the junior high, which means that more students would be around each other while they eat without masks.

Christie mentions that they are trying to find more ways to distance students at lunches. He says that they have found new ways to reduce student traffic in the hallways. This should lower any student-to-student spread that might be happening, and possibly ease a least some anxiety for the switch.