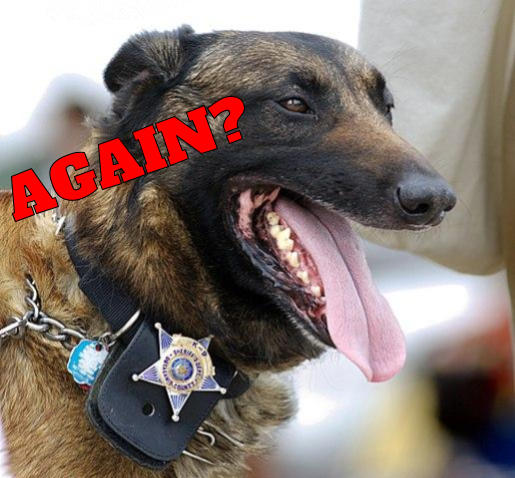 The PA system beeps on April 1st at 12:01 a.m. Everyone present is told to stay in their classrooms and be quiet.

It seems like a normal lockdown drill, except it’s actually to bring police dogs in to sniff for dangerous drugs. That was the intention, at least.

The police dogs immediately sniffed out hoards of food from the Beehive.

Attracted to the hive by the scents of “Flamin’ Hot” Cheetos, Izze beverages, and other favored Beehive buys, the dogs ate to their hearts’ content.

Monday, April 1st, marks a second unexpected lockdown drill this year. Several student ear-witnesses began circulating rumors that drug dogs were being brought in to search the school. No one actually saw them this during this search.

“The plan to search the school of banned substances went wrong because the dogs were so distracted by the scent of the cookies from the Beehive — which students evidently store in their lockers in large amounts,” explained school resource officer Greg Cole.

According to Cole, the dogs were brought in through the side door of the first floor science wing, and soon found a scent. The dogs’ ensuing search turned up cookies, lots of Izze beverages, Rice Krispie Treats, and other delicious items.

Other surprises occurred as the pups arrived on the second floor April 1st. One police pooch left what one might call a “you-know-what” or, for the bold, a “puppy surprise.”