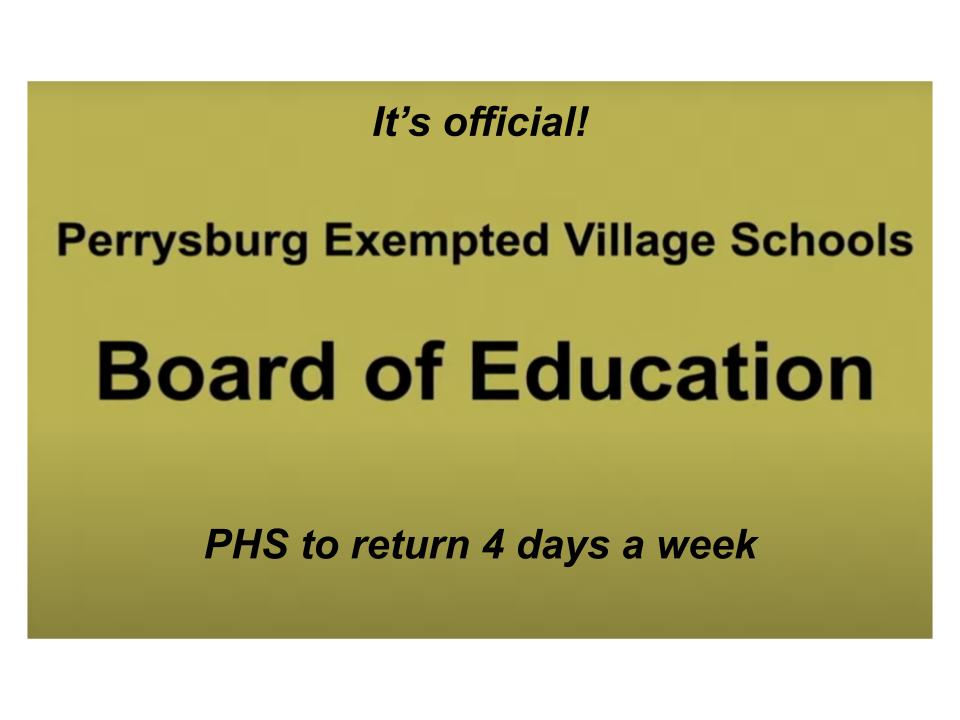 On February 17, 2021, Perrysburg’s Board of Education met to discuss a variety of different topics, including finalizing a date for each school in Perrysburg’s district to return for either 4 or 5 days.

“So we’ve seen this continued drop in the high school (in both quarantines and positive cases for COVID-19), that’s out largest building, 1600 students, serving lunch, hallways, restrooms, all those areas are things that we’ve been planning and talking about what to do when we get the students back” Hosler said.

Hosler suggested to move the date for PHS to return 4 days a week back to March 16th, one week before spring break, and the first week of fourth quarter.

Later on into the discussion, when asked why specifically March 16th, Hosler said, “Fourth quarter was one piece. The other is just what you heard described with all the buildings is that lead time and getting things prepared to do that [transition to 4 days].”

After further discussion, the board voted unanimously for PHS to return 4 days a week starting March 16.