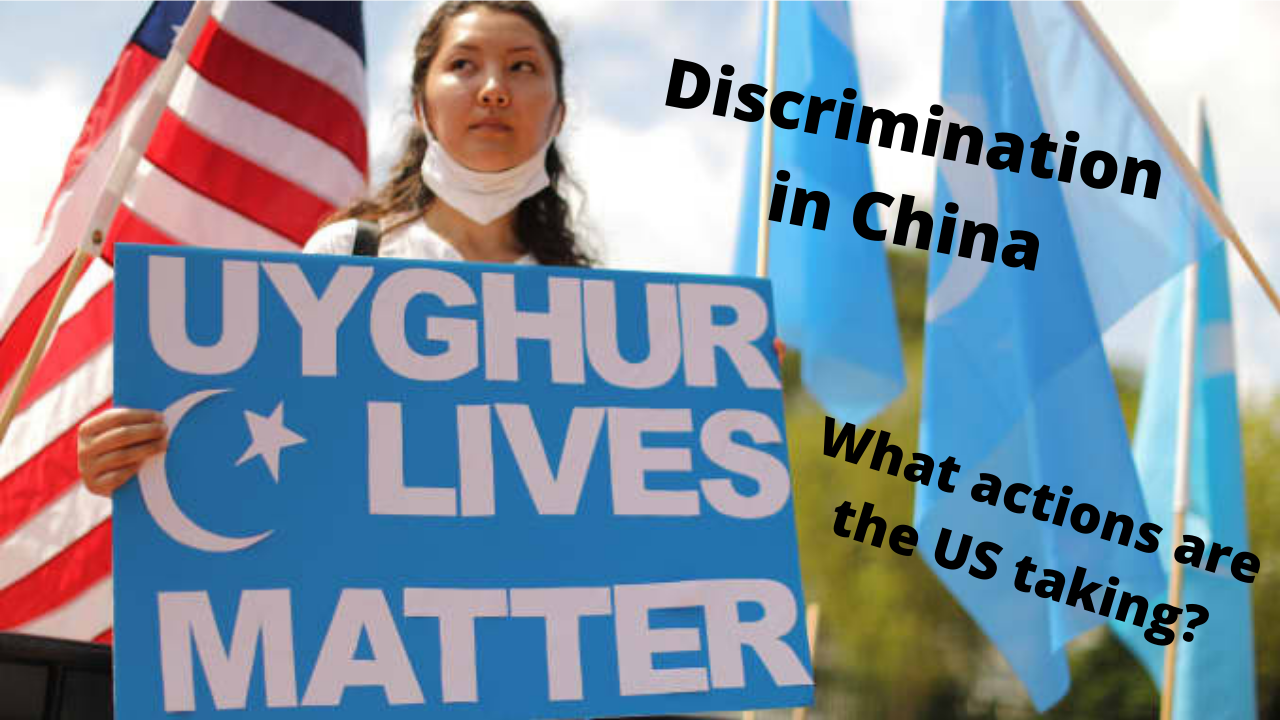 America’s attention is focused on the newly appointed president, Joe Biden, and the COVID-19 vaccine — but did you know that there is alleged discrimination against the Uyghurs, a Muslim minority population, happening in China?

The Chinese government is trying to control and remove the Uyghur Muslims living there by placing them in “re-education” camps, as reported by the BBC.

The Chinese government started placing the Uyghurs in these camps back in 2017. No one knows for sure how many Uyghurs are detained in these camps but it is estimated to be around one million as reported by the BBC.

The United States has started to take action.

An American bill was passed in 2020 called the Uyghur Human Rights Policy Act, a bipartisan bill that would sanction Chinese officials and companies involved with the camps. The bill was put into place in June of 2020.

People across the globe are starting to become more aware of the alleged discrimination.

The Uyghurs need help and they can get it if people become more aware of the crimes being committed against them. The Uyghur Human Rights Policy Act requires American agencies to report human rights abuses of Uyghurs in China.

If more countries start to help out, eventually the Uyghurs may be freed.