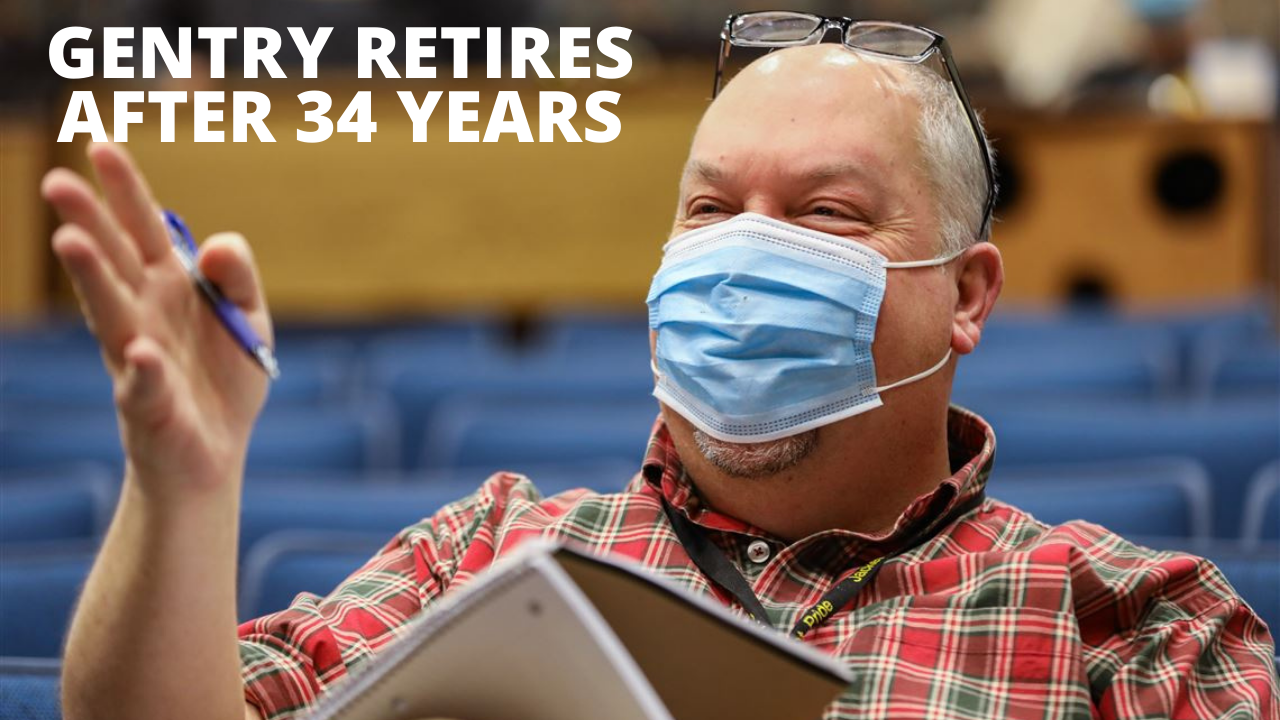 These classes count as art credits as they allow students to learn and observe visual art in a different platform through acting out scenes of plays, analyzing famous films, designing their own sets, improving their improvisation skills, along with a number of other opportunities.

After school, Gentry devotes hours upon hours to perfecting Perrysburg High School’s numerous theatrical productions. Each year, students get the opportunity to perform in a fall play, the Winter One Acts, and a spring musical, all of which Gentry directs.

Some of Gentry’s favorite productions include Les Miserables, Beauty and the Beast, All Shook Up, and Mamma Mia. However, he says that some Winter One Acts that “go beyond just being entertainment” have had a more significant impact on him, like the student body.

“We have tried to educate the audience on some very serious topics including AIDS, date rape, school shootings and suicide. I once received a note from a student who had seen our one act about suicide. This student said that seeing that show made her change her mind about committing suicide. Her note is something I will always treasure. It is proof of the power that theatre can have on people,” Gentry said

Restrictions in the wake of COVID-19 make producing these shows in Mr. Gentry’s final year more challenging. This year’s fall play, which also marks Gentry’s 100th production, required students in Lend Me a Tenor to wear face masks during rehearsals and maintain six feet of social distance when they weren’t on stage.

COVID-19 has also affected the upcoming spring musical. What was originally going to be the well-known musical, Grease, is now Once, a personal favorite of Gentry’s.

This musical is more COVID-safe because while Grease would have a cast of approximately 60 people, Once only has 15, making the risk of COVID exposure greatly reduced.

Once will be Gentry’s final production at Perrysburg High School.

In retirement, Gentry plans to do voiceover work for local TV commercials, perform in local shows, record audio books, and be a greeter at Costco.

While he is excited to pursue this next step in his life, he said that he will miss interacting with students on the stage and in the classroom. What he cherishes most about teaching is “that moment when you see a student ‘get it.’ There is nothing like that.”

After 34 years of teaching, Gentry leaves students with two pieces of advice: “We are all human and make mistakes. Being able to see the humor in these situations goes a long way!” and “Being kind to people is also key to success. Every one of us is fighting a battle. Many people seem to have a ‘perfect’ life, but there is always something that they struggle with to overcome. Treating everyone with kindness is so important.”