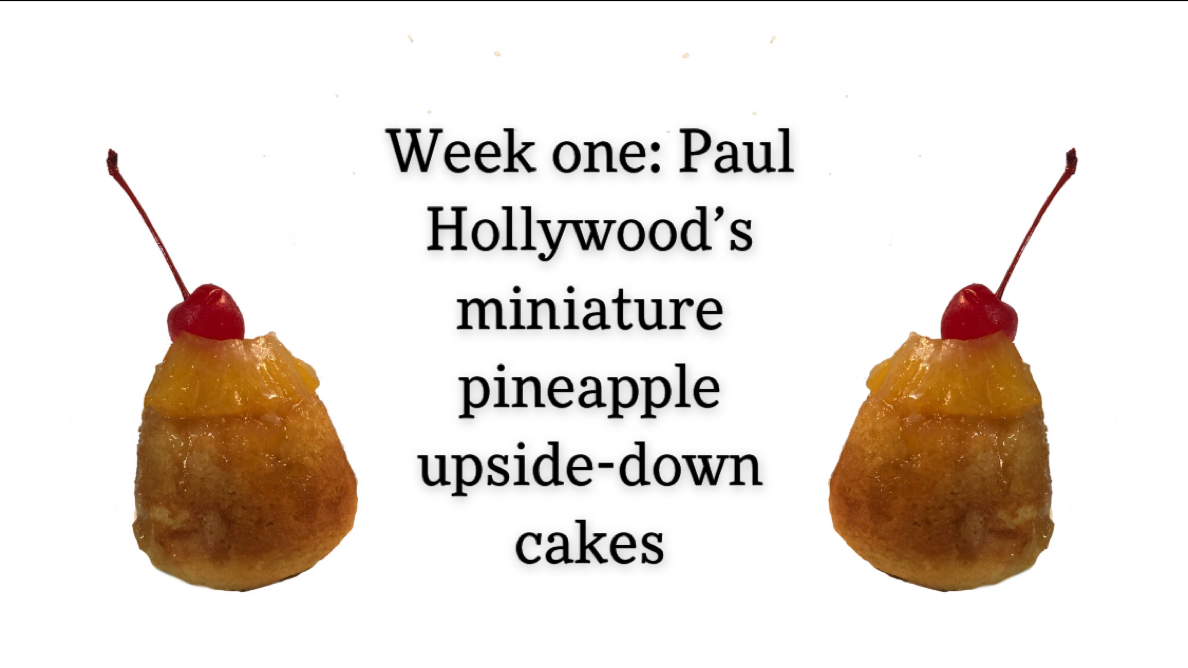 Netflix’s The Great British Baking Show is a great series to binge-watch during this crazy quarantine. But is it worth it to bake along with the contestants?

In the show, bakers join each other in a tent to bake in three different challenges. The signature challenge is the first, where the bakers get to practice what they will bake.

A technical challenge is second. For this challenge, the bakers have no idea what they are making until they make it. During the technical challenges, the bakers are given vague recipes that are written by one of the two judges, Paul Hollywood or Prue Leith. Contestants have to apply their baking knowledge to make the most of the recipe without much detail.

The third challenge for the bakers is the showstopper – this is where the bakers show off and make a bigger bake.

My goal is to bake through each of the technical challenges from the most recent season of Bake Off. Is it possible for someone, with little-to-no baking experience, to make something delicious with the vague recipes?

The first week of challenges for the bakers are all about cake. Hollywood chose miniature pineapple upside-down cakes for cake week. The bakers were given an hour and a half to complete this challenge.

Hollywood’s recipe includes the methods for making the filling, sponge, syrup and custard, and how to decorate the miniature cakes.

The process started off a bit rocky because, ingredients are measured differently in America from the UK. After doing some conversions, I felt a little bit better.

After doing math on a calculator, I had to make a golden caramel syrup. The first thing I did to make the syrup was get confused about how to make a syrup.

Magically, after bringing water and sugar to a boil and then adding a lemon slice and more water, something like a golden syrup was forming in the pan.

While letting the syrup simmer, I greased my popover tin and cut pineapple and cherries for the filling. Please be aware that if you are going to attempt this, a popover tin is not the correct way to get the shape.

Making the sponge was simple because it consisted of just sugar, self-rising flour, butter and eggs. After pouring into the tins it was time to bake them at 355°F and begin making a custard.

As much as I hate to admit it, but even after watching many seasons of The Great British Baking Show I still had no idea what a custard was, let alone how to make it.

It ended up taking egg yolks, vanilla, whole milk, cornflour, and sugar. Somehow it formed a thick consistency after being heated for around five minutes.

The custard was finally finished right as the cakes came out of the oven! The cakes were supposed to cool for about five minutes, and then they were able to come out of the tin.

PHS senior, Maizie Kies tasted the cakes and custard. She said, “Ten out of ten,” after her first bite.

Other blog posts on eSomethin: