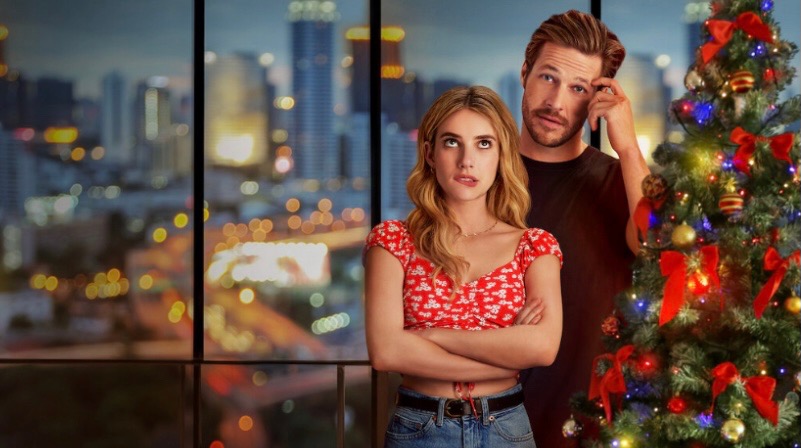 Every year, Netflix releases a plethora of different holiday-themed movies. One of the first this year is a movie called the Holidate, starring Luke Bracey, who plays the outgoing and humorous golfer Jackson; and Emma Roberts, who, typical to her usual style, plays a sarcastic and lonely Sloane.

The movie was released on October 28, 2020. Even though it was released a short time ago it received favorable reviews from various critics, such as The New York Times and Sreeparna Sengupta.

The movie’s main heroine eats Christmas dinner with her family, but unfortunately, she is the only person without a partner — something pointed out repeatedly by her overbearing mother. The camera then flips to a different scene of Jackson, trapped in an obviously mismatched relationship, sharing awkward conversations, gift exchanges, and hideous Christmas sweaters.

Jackson and Sloane first are seen on screen together when they are returning impersonal and unwanted gifts to the store. They pair up to bargain for a free pretzel and this is when the idea of being each other’s “holidates” begins.

The movie was pretty entertaining and enjoyable, even for those who typically dislike romantic comedies. While it is an excellent movie to watch and make fun of with friends, the plot is pretty superficial and light.

If you prefer more thought-provoking movies, “The Holidate” may not be for you. However, both protagonist actors embody their characters pretty well, if a little over the top, so that just adds to the fun.

Overall, I highly recommend this movie. It is especially good for a relaxing or jovial night in with friends, either to watch and swoon over or make fun of. Either way, this movie really is an excellent way for Netflix to kick off its winter movie spree.

Check out more stories on eSomethin’: