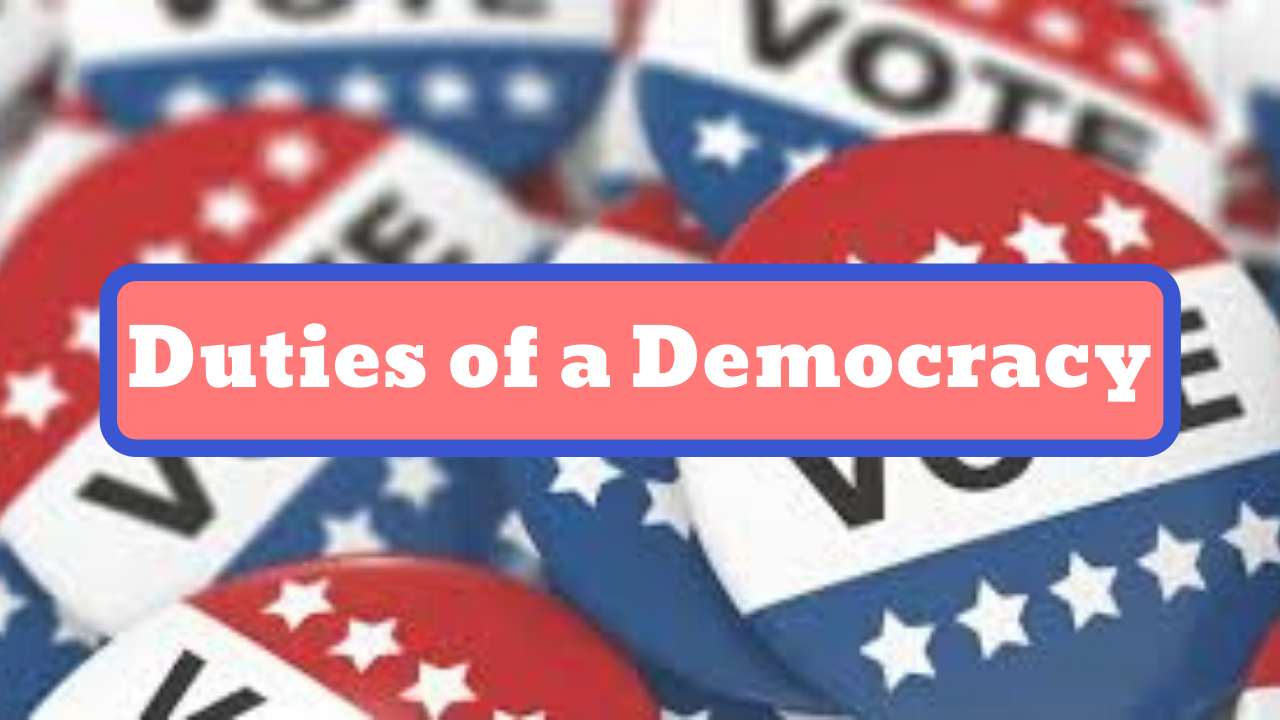 With the upcoming presidential election, it is important that you, yes YOU, know what is at stake and what you can do to let your voice be heard. Many Perrysburg High School seniors will be eligible to vote and the majority of juniors will be as well. With that, students must understand that voting is a great privilege but also a heavy responsibility.

Because we are lucky to live in a democracy, it is essential to understand that even if you are not directly involved in politics, your voice still matters and you still have responsibilities as a citizen. Voting is not something that should be taken lightly.

If you will be eligible to vote in the upcoming elections, it is essential that you take part and that you enter the voting booth with an educated opinion of what each candidate stands for and most closely represents your ideals. According to the United States Census Bureau, less than half of eligible voters ages 18 to 29 voted in the 2016 election. Considering what our predecessors have gone through to grant every citizen of age an equal opportunity to have a say in their government by casting a vote, the fact that less than half of my peers exercised this cherished right baffles me.
While it may not seem as if your one singular vote could sway an entire election, IT CAN. If everyone possessed the mindset that their vote is insignificant, there wouldn’t be an election at all. There is not a single vote that holds more power than another; that’s what is so beautiful about it. No matter how wealthy you are, your race, your gender, social status, or religion, your vote is just as important as anyone else’s!

This year, I challenge you, your parents, your older siblings, your grandparents—anyone and everyone you know to vote. To do so responsibly, you must become educated on what you are voting on so I also challenge you to take a look at both sides of each issue. If you have it in your head that you are a die-hard Republican, for example, take a look at the Democratic side, and vice versa. You should do some research outside of this brief article, but here’s a basic run-down of everyone who’s still in the race:

Joe Biden: Name sound familiar? He was the former Vice President under Barack Obama & a former senator from Delaware.
-Known for: being down-to-earth and connecting with the working class
-As president, he wants to strengthen the economy for low-income workers, specifically in manufacturing and fast food industries

Michael Bloomberg: Self-made billionaire and former mayor of New York City.
-Former republican, but re-registered as a Democrat in October (he is an example of how changing from one party to another after acquiring new information)
-As president, he wants to increase gun control and decrease climate change. His views on taxes, however, are more conservative because he believes that the money the government spends belongs to the taxpayers who earned it rather than the government itself

Pete Buttigieg: Mayor of South Bend, Indiana and Navy veteran.
-Known for: being the youngest and only openly gay presidential candidate in this election. He raised more money in the campaign’s second quarter than any other democratic candidate
-As president, he wants to decrease climate change, increase economic opportunity, and increase gun control

John Delaney: Former congressman from Maryland.
-Known for: being a bipartisan problem-solver
– As president, he wants to take strides towards universal health care

Tulsi Gabbard: Congresswoman from Hawaii and Iraq War veteran.
-Known for: being a moderate candidate and a commentator for Fox News
-As president, she wants to slow down climate change by banning fracking and ending the use of fossil fuels for energy by 2050, ban assault weapons and require universal background checks, and provide Medicare for all citizens

Amy Klobuchar: Senator from Minnesota and former attorney.
-Known for: according to the New York Times, her “stern, cool questioning,” of Brett Kavanaugh, a Justice of the Supreme Court who was nominated by President Trump
-As president, she wants to combat opioid and prescription drug abuse, create universal health care, and promote criminal justice reform

Deval Patrick: Former governor of Massachusetts and executive at a private equity firm.
-Known for: being the second black governor in US history, being a close friend of former President Obama, and increasing life science-related jobs in Massachusetts during his term as governor
-As president, he wants to focus on economic development and innovation

Bernie Sanders: Senator from Vermont.
-Known for: being runner-up in the 2016 Democratic primary
-As president, he wants to provide Medicare and free college tuition to all US citizens, and decrease the influence and power of US billionaires

Tom Steyer: Former hedge fund executive.
-Known for: being a billionaire and an environmental activist and creating political advertisements endorsing the impeachment of President Trump
-As president, he wants to fight climate change by promoting renewable energy and resources

Elizabeth Warren: Senator from Massachusetts and former professor at Harvard University.
-Known for: her slogan, “I have a plan for that” that resulted from when she released a series of detailed plans on what she intends to do to modify the economy
-As president, she wants to decrease income inequality

Andrew Yang: Founder of an economic development nonprofit organization.
-Known for: speaking out about the dangers of artificial intelligence like robotics
-As president, he wants to establish a universal monthly income of $1,000 for every American citizen

Republicans:
Donald Trump: Current US president.
-Known for: creating a tax cut that benefited large corporations and wealthy investors as president, his hotel chain, his role in a reality television show called “The Apprentice” and being the third president in US history to be impeached
-As president, he wants to continue his efforts on restricting immigration by building a wall along the Mexican border, and removing American troops and intervention in overseas countries

Joe Walsh: Former congressman from Illinois.
-Known for: his conservative radio show called “The Joe Walsh Show”
-As president, he wants to decrease the national debt and restrain executive power

William Weld: Former governor from Massachusetts, federal prosecutor, and 2016 vice presidential candidate for the Libertarian Party.
-Known for: being a voice for more moderate republicans
-As president, he wants to legalize marijuana and moderate immigration reform