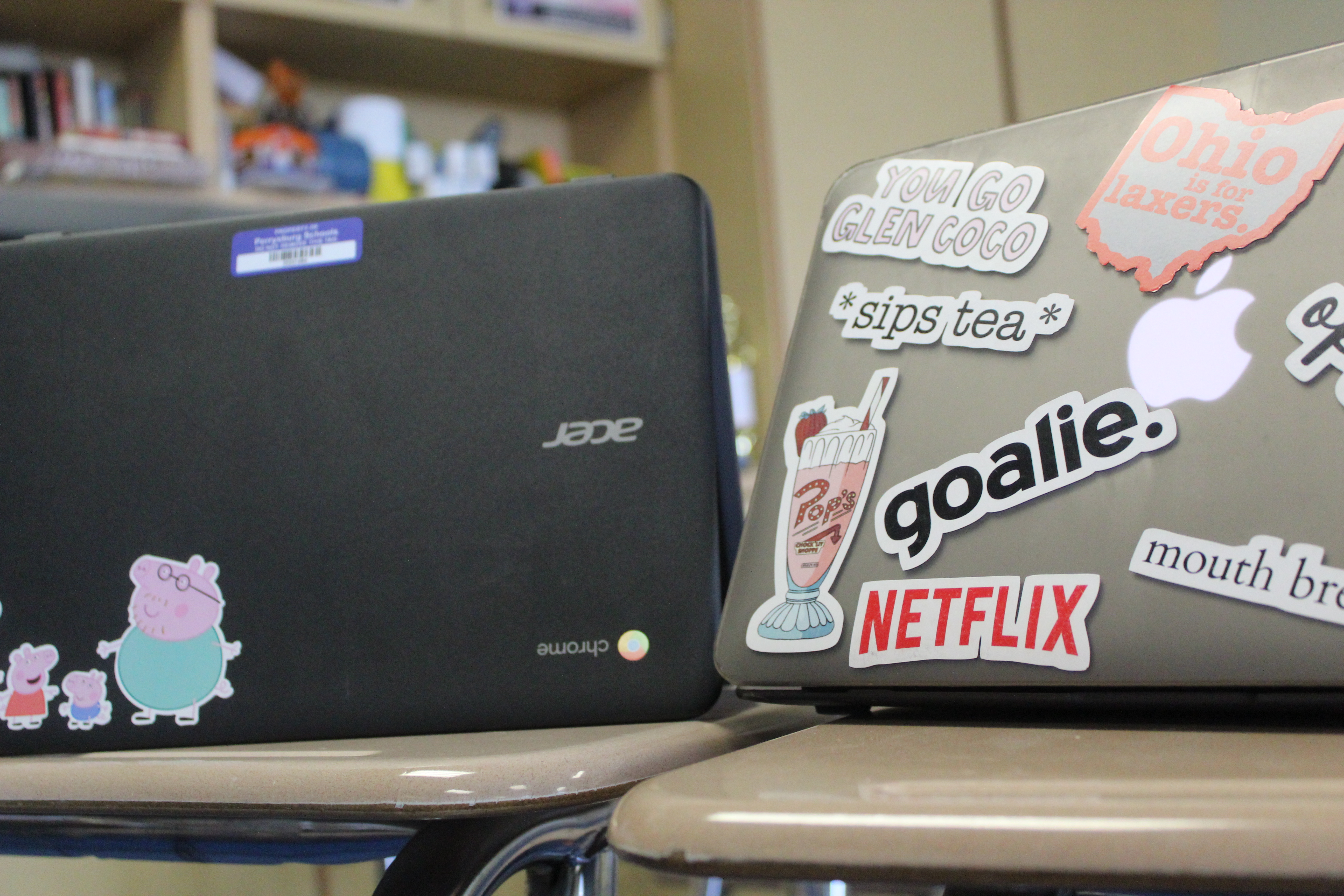 Looking around an average high school in 2019, each and every student carries an electronic device.

However, at Perrysburg High School, there is a bit of a divide between the freshman class and the rest of the student body. While the older grades have Apple MacBooks, the current freshmen class of 2023, have Google Chromebooks. This has created quite a controversy. As this is a very recent development, many people, from teachers to parents to the students themselves, have very strong opinions on the change.

Many teachers rely heavily on computers and have done so for years, tailoring lesson plans to aspects including models and capabilities. Computer teacher Janet Hohenberger says, “for me, [including Chromebooks] impacted my computer classes a lot because I have to teach two different lessons for those classes.”

The Chromebook switch causes already overworked teachers to work twice as hard to accommodate the new electronics. Hohenberger went on to say that due to the division of brands, she is having to get new software approved by the district simply to allow all of her students to engage in the same activities.

Many students also have strong opinions about using Chromebooks. Some, such as a ninth-grader Jocelyn Bernard, say that “[the Chromebooks] are very easily broken.” Considering Chromebooks are used so often and for the entire four years of high school, it would make sense to give minors durable models of computers. The freshman model, however, seems not to be holding up as well in comparison to both the MacBooks of the upperclassmen and previously used Chromebooks.

Another concern is that the Chromebooks are heavy. As student Grace Ferrera commented, “the Chromebooks are a lot heavier than the MacBooks and are a lot harder to transport.” Students already carry heavy backpacks to and from school, and while a few more pounds may not seem like much, carrying too much weight can lead to major back problems down the road.

Not everyone shares strongly negative opinions on Chromebooks. A few facts, while neutral, heavily affect both sides of this issue.

Student Max Baca, said “[while] they aren’t good, they aren’t awful.” He seemed rather resigned to keeping the Chromebooks, but he says he isn’t all that excited about it.

Surrounding area schools have also included more sophisticated methods of electronic learning. For example, nearby St. John’s High School has adopted iPads, and Ottawa Hills has continued the use of MacBooks. According to Kaela Helton, a ninth-grader who goes to Toledo Christian, “We have Dell computers right now, but we are giving those back and getting the ones that we were supposed to get and they are touchscreen like iPads.”

In Perrysburg, money is a major consideration in switching to Chromebooks. Given the rapid and exponentially growing number of students, the school system must escalate the amount of money spent on computers. The less-expensive Chromebooks take some financial burden off of Perrysburg families.