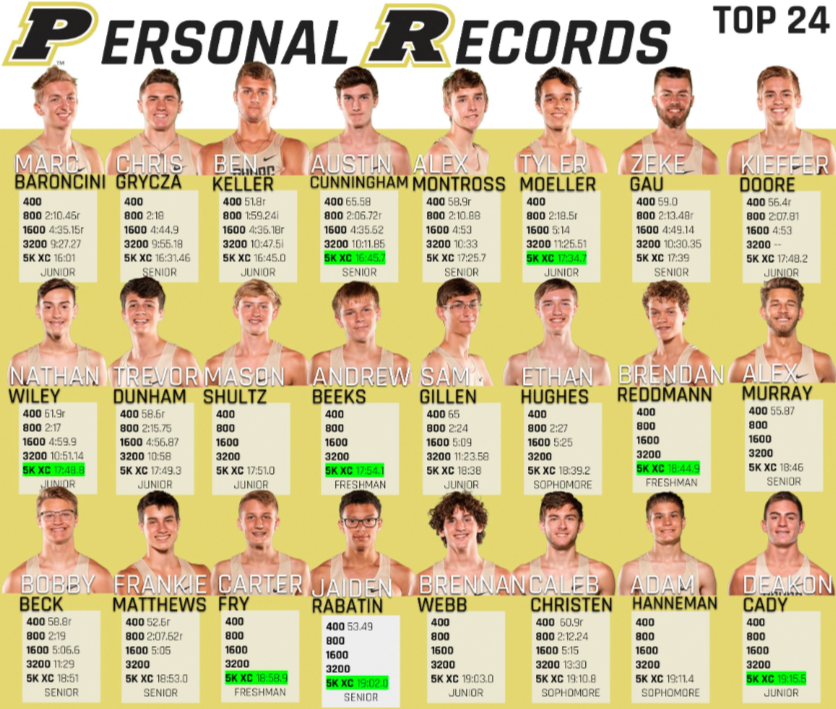 After placing first at both Seneca East and Mel Broudt invitationals, Perrysburg High School’s boys cross country team weren’t quite as dominant at Tiffin Carnival on September 7th, the largest cross country meet in the state.

Tiffin is known for being packed with runners, especially at event starts. The competitive atmosphere and crowded course forces runners to go out much faster than they normally would, to avoid getting boxed in and being unable to pass their competitors. The fast start causes fatigue to set in quickly, making runners wonder if they had started too fast.

PR sheets updated to reflect some of our PRs at Tiffin. pic.twitter.com/E2W2fwMyqh

The Yellow Jackets didn’t quite get the results they had hoped for during this competitive and fast-paced race. The absence of senior Chris Gryza, due to his recent injury is likely to have played a factor.

“With Chris gone it’s kind of crazy, especially with the new guys running up too. We just need to gather experience” says Tyler Moeller, a junior, who ran a personal record of 17:34.7 in the Varsity B race at Tiffin.

It isn’t uncommon for good teams to have days where they aren’t quite themselves. This happened to the running Jackets last season, at NLLs, where they placed second to Northview. However, just a week later that year, the Jackets rebounded and placed first at the district championship meet, beating Northview that time.

The wild ride of last years wins and losses helps this year’s runners keep the subpar placement at Tiffin in perspective.

The Jackets are looking to bounce back again. “I think we need to work smarter at practice,” says Moeller. “Giving it our all on the workouts and cruising on recovery days.”

It is still early in the season, so the team has plenty of time to improve.

Jacket runners’ chance at redemption moving forward with their season is the Chet Sullwood invitational this Saturday, at Ottawa Park Golf Course. Varsity runs at 10:00 AM.