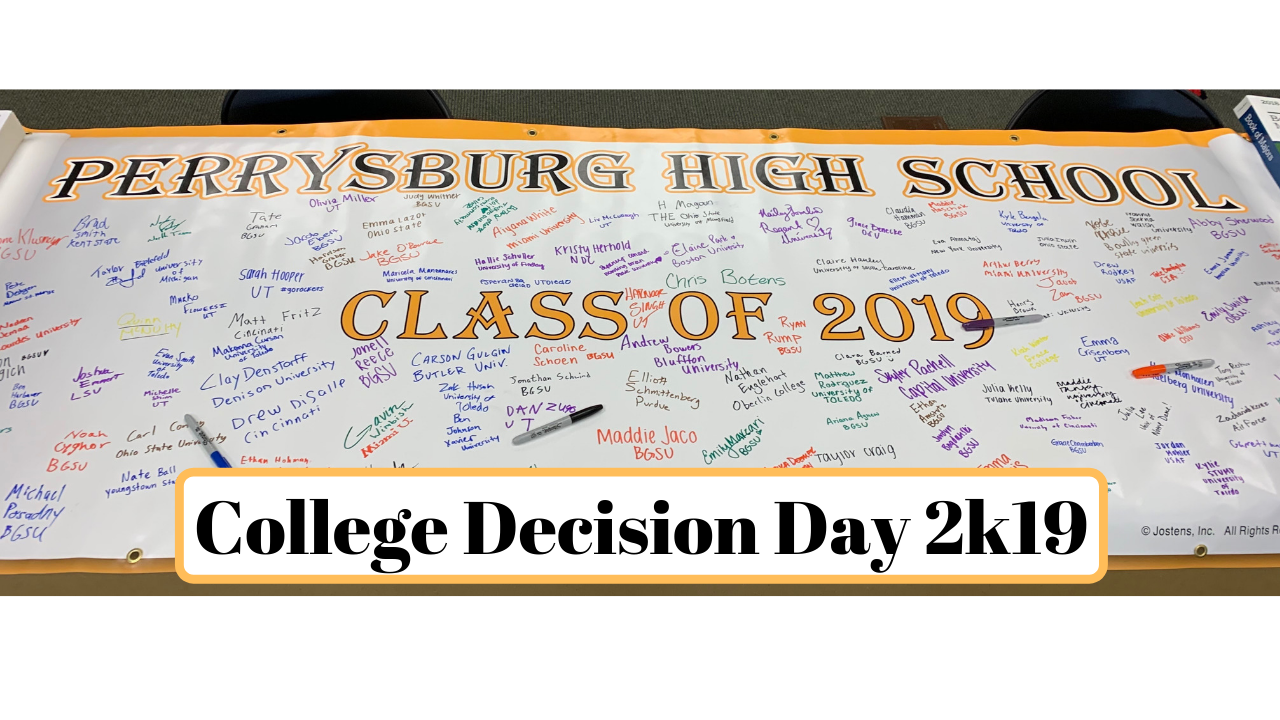 Students wore shirts that included everything from in-state to out-of-state schools, with many supporting local schools like Bowling Green State University and the University of Toledo.

For example, senior Andrew Hogle is looking forward to attending Bowling Green next year and will be majoring in world language education in Spanish with a minor in ASL or special education. He is most excited about being a part of BG’s “Presence Leadership Academy” program, which he described as “student council on steroids.”

Senior Henry Magoun will be attending OSU at Mansfield. He is most excited for attending Buckeye sports events, specifically the football games.

In the media center, seniors enjoyed an assortment of food, drinks, and great conversation as they spend their last few days at PHS together. The seniors were also able to sign a large banner labeled “Class of 2019” which will appear in their future class reunions. Many of the teachers also tagged along and wore their college merchandise of yore as well.

Mr. Rick Rettig, a school counselor, shared thoughts about his experience at BGSU as an undergraduate. He originally majored in radio and film and then later changed to education. His favorite part of college was learning about human behavior, “why we do what we do,” and participating in intellectual challenges and discussions that do not always happen at the high school level. He also met many of his closest, life-long friends during college which he described as being “the coolest part” about college.