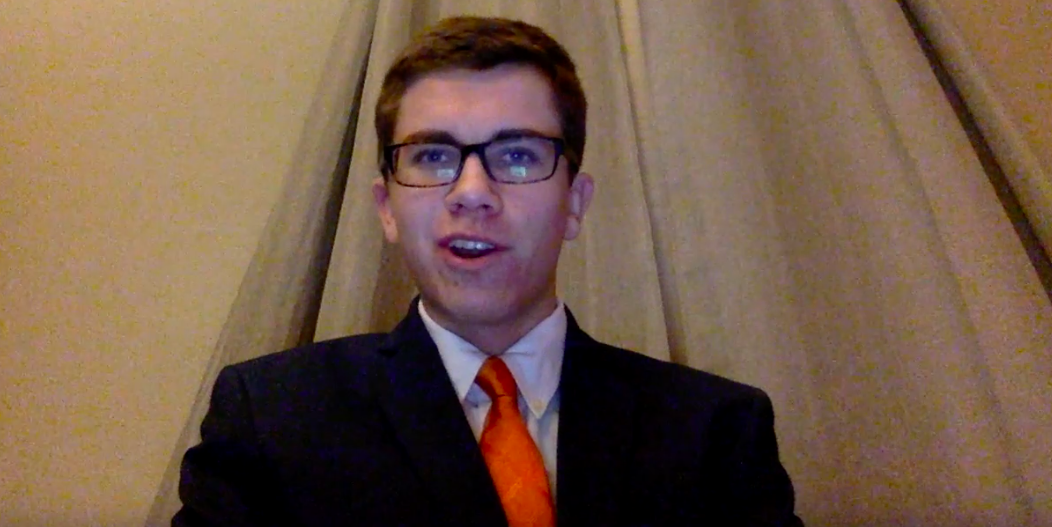 March Madness is just around the corner and the top buzz is to fill out that perfect bracket and beat people in your groups to claim bragging rights. March Madness is when 64 basketball teams play to be the best team in college basketball when the brackets are selected by the committee who determines rank by strength of schedule, wins and losses, etc.

Drake Harlett: I’m a reporter for the school newspaper and I’m going to go over my picks for the upcoming March Madness tournament. Let’s go!

Down here, inside this bracket, I picked Michigan over Buffalo, and I picked Buffalo in an upset inside the second round because Buffalo is a great team and they have more cut and will than Texas Tech will have. So, then, as you can tell on here, the free throw percentage for Michigan is slightly higher than the Buffalo Bulls and they have a better — uhh — strength of schedule than the Bulls have.

And then, over here, I have Auburn in a upset of UNC, even though that Auburn does not have the stats prove that they would beat the North Carolina Tar Heels. The Auburn Tigers just won the SEC Championship, meanwhile North Carolina loss in the Semifinals to the Duke Blue Devils — which I have winning the tournament.

And then, up here in the second round, I have a big upset: I am having Saint Mary’s defeat Purdue and then having Tennessee beat Saint Mary’s in the sweet 16. I just feel like St Mary’s has just beaten the number 1 ranked in the west side. They would defeat Purdue — they won a conference championship over Gonzaga by 11 points. They will be riding off that win come out for vengeance right off the bat by beating Nova and Purdue.

Down here inside the final four, I have Duke vs Michigan and I think Duke will win because they have had a harder strength of schedule and their free throw percentage is slightly bit higher than the Michigan Wolverines.

UVA vs Auburn — Auburn will be riding high off in the SEC Tournament they will carry it all the way through that.

I think it will be a Duke vs Auburn matchup inside the championship game Duke overall with come out winner with Zion Williamson. And, they’re better from the three point line than Auburn. They will be going to have the bigger grit to win the tournament as the team.