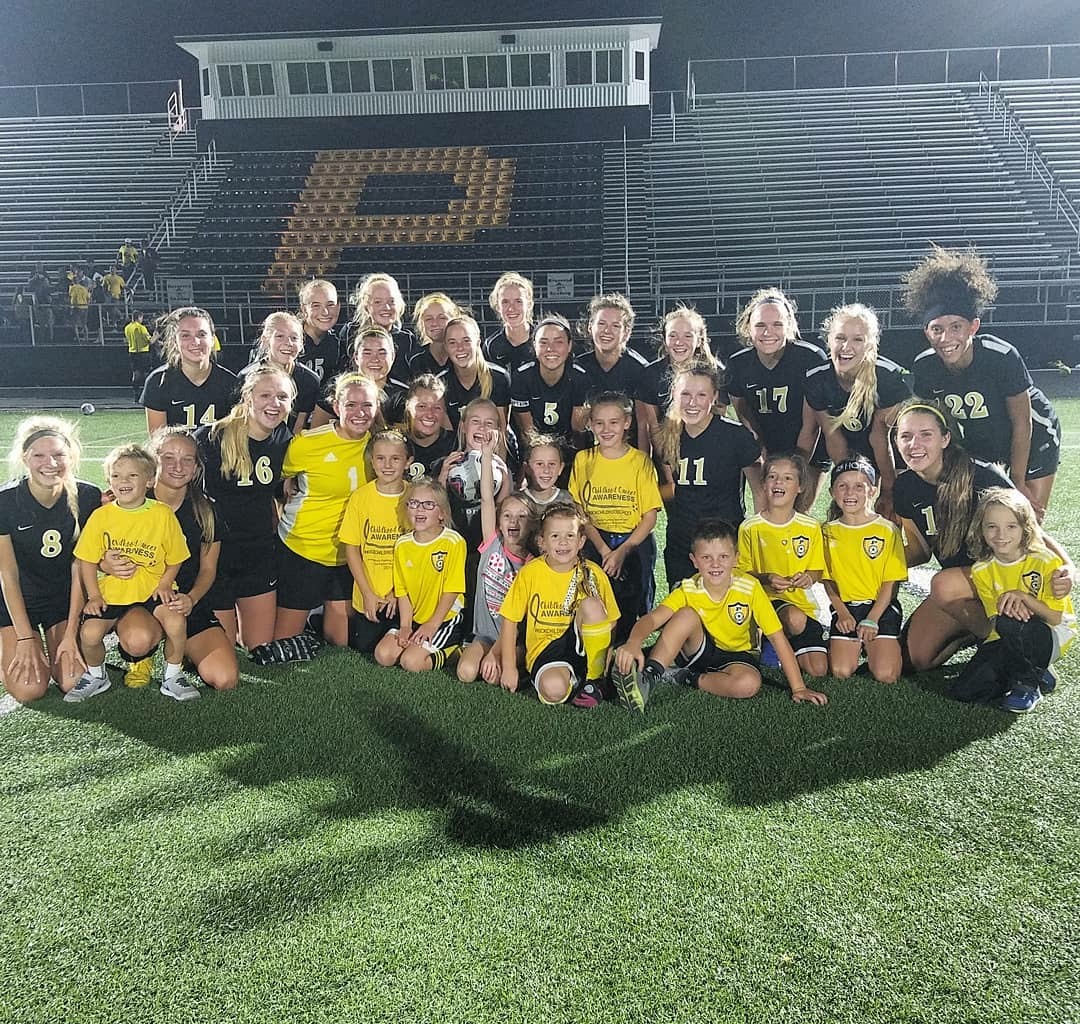 “10.. 9.. 8.. ” The intimidating countdown begins, but the players continue to stride, seamlessly passing the ball.

3..2… GOAL!” The Jackets score, and the first half excitedly ends as Lady Jacket soccer players charge off of the field.

The Perrysburg girls soccer team has competed consistently throughout the fall season, but there was something special about the game against Springfield, October 3rd, besides the 4-0 score that gave the Jackets their 5th NLL win of the season.

As the end of the season approaches, seniors are inching closer and closer to their last game as a part of Perrysburg’s team, and this night was one of the last games on home turf.

Before the game started each Perrysburg senior was recognized for their impact on the soccer team, both on and off the field.

Senior Addie Graham, varsity player for the past four seasons, reflects over her time at Steinecker Stadium, stating that Senior Night “makes [her] really sad because this is where [it all] started freshman year.”

Seniors are not the only ones affected by Senior Night, however.

Junior Sarah Pantenburg speaks highly of the girls in the grade above her. Pantenburg, a two-year varsity player, says, “There’s a lot of them, [but] they all want to make a difference.” When asked which senior has impacted her the most, Sarah’s reply was immediate: “Addie Graham… I can always rely on her!”

As leaders on the team, the seniors fulfill a special role. They are role models on and off the field by encouraging their teammates to do their best and supporting each other to make their last season one to remember. Coach Diaz reflects over tonight’s game and the seniors involved. “I had the opportunity for all my seniors to play today and they did a great job… I’m happy for them,” Diaz concluded.

Although Wednesday night’s game gave tremendous recognition to the seniors, another important cause was under the spotlight: Childhood Cancer Awareness. With raffle tickets being sold and giveaways being announced throughout the night, the theme of support for those affected by childhood cancer could not be overlooked.

Sporting bright yellow shirts before the game, the soccer team pronounced their support and care towards this special cause. Addie Graham, who has overcome her own challenges with childhood cancer, agrees that this night helps spread awareness. Regarding the impact of the event, Graham emphasizes, “we’re trying to make a difference in family’s lives.”

As the night closes, the Jackets walk away with another win under their belt and hope in their hearts for what’s to come. You can catch the Girls’ Soccer Team this Wednesday at Sylvania Northview as they fight for another league win this season.