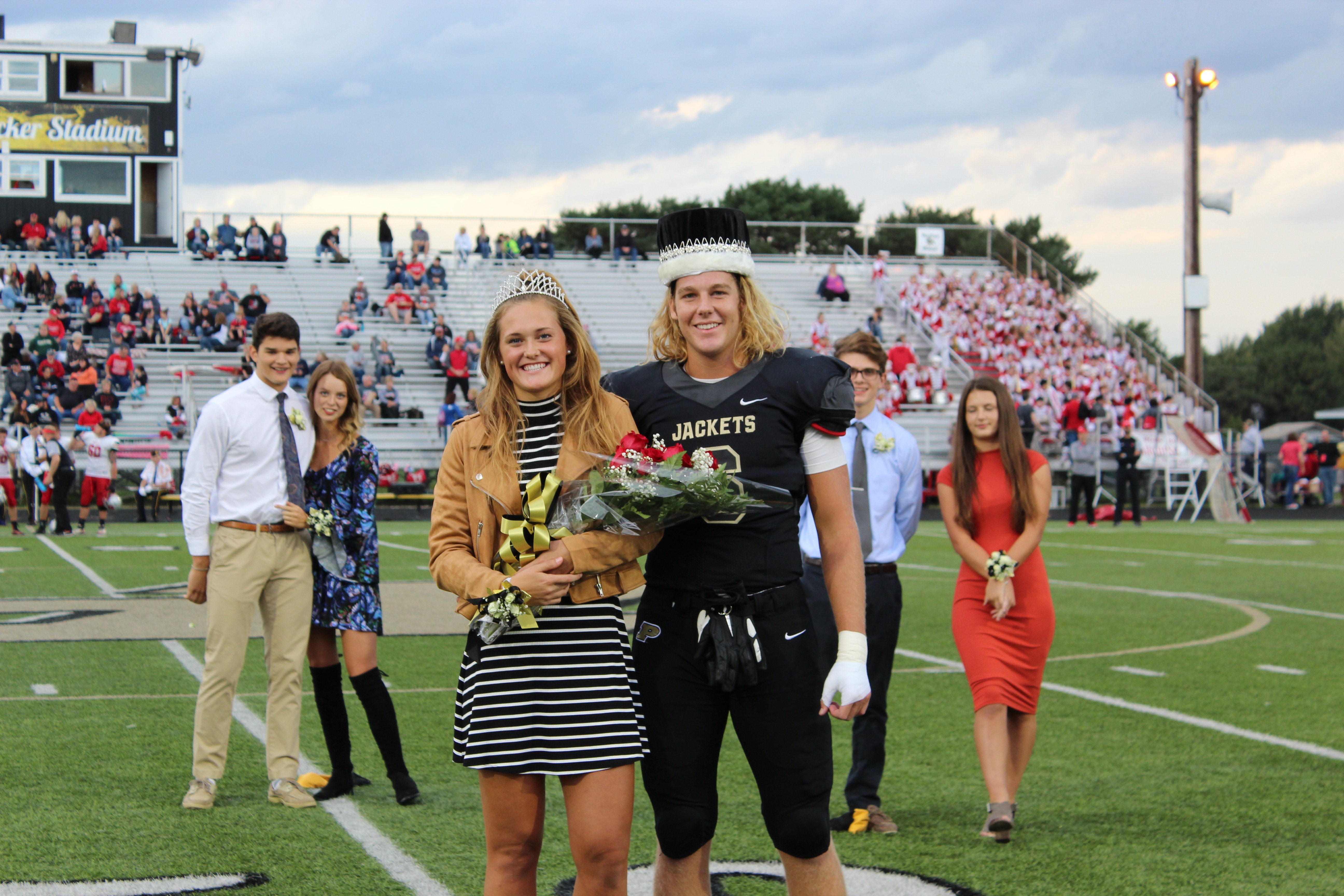 With every physical step taken by Perrysburg’s 2018 attendants, there was a metaphorical step taken into our joy and excitement for the coming Homecoming Football game and the next night’s GlowCo Homecoming Dance.

Homecoming King, Carl Conley, and Queen, Jesse Menke, led the court with pride in their school and their fellow students.

The crowd was a wave of red white and blue, whose energy flowed from the stands to the football field below where our homecoming court anxiously awaited. Those special students who walked the field, accompanied by their parents, knew that this was no superficial vote for tradition’s sake.

Senior Homecoming attendant, Matthew Rodriguez, believes that the court shows that “people know who [he is] and it means [he] got involved with the school.”

Homecoming Court is often viewed as a popularity contest, but what it truly represents is those students who assert themselves as leaders in our school’s community.

Homecoming Queen Jesse Menke supports this belief by describing her thought process on voting. She voted for people who  “[she] knew were genuinely good people and not just people who [she] thought were popular and had to be on court.

Making court is an merit for all grade levels. Sophomore Homecoming attendant, Jake Everly, was delighted to know that “everyone likes [him] enough to vote for [him] and let [him] have this honor.”