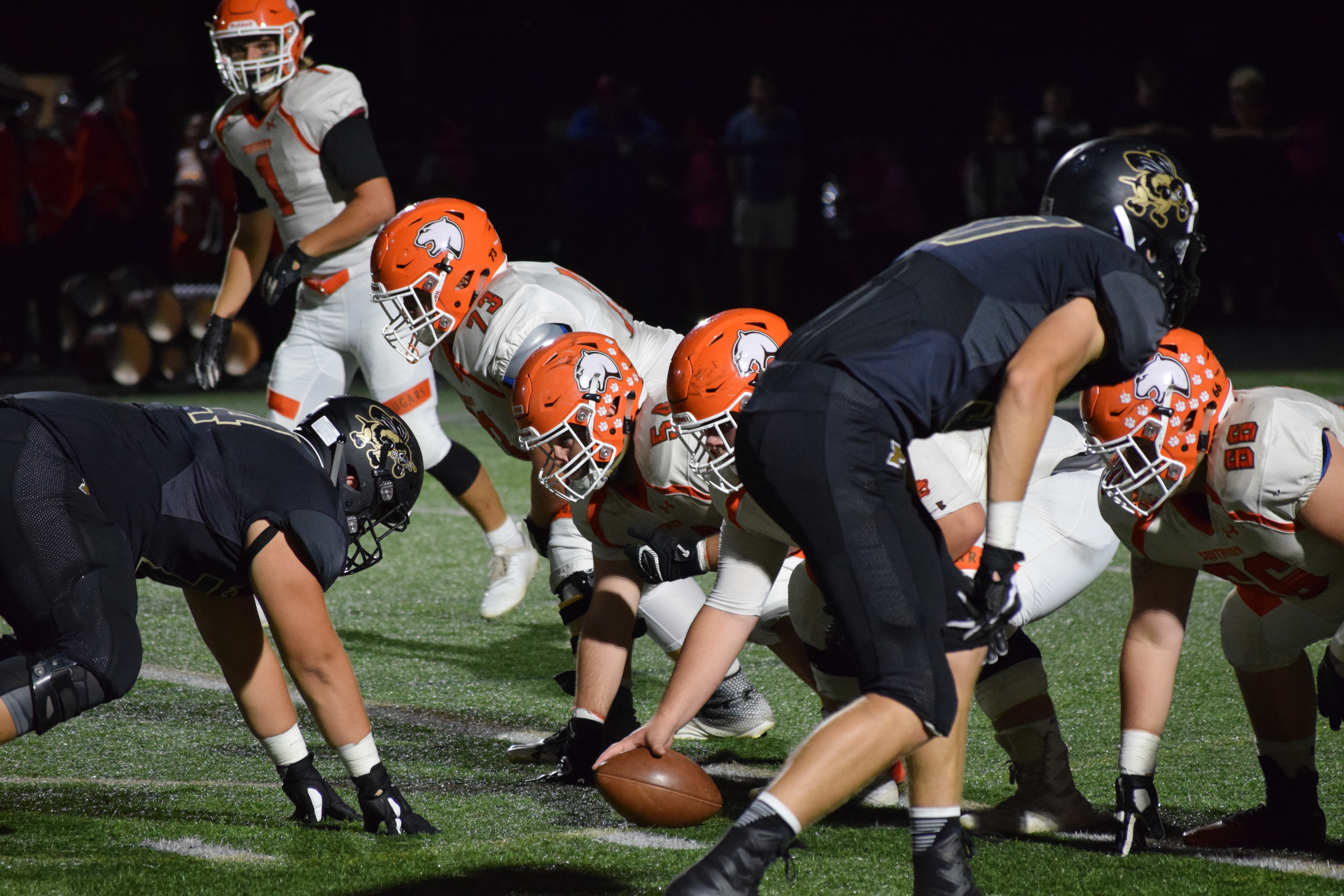 The Jackets burst back into this season with a tremendous shutout win against the Southview Cougars 21-0. When asked his thoughts on the game, Coach Matt Kregel stated “We need to quit turning the ball over. On the positive side, our defense did great, that’s the best we’ve played all year. We got some turnovers, got the ball back to our offense, and our offense was better tonight”.

Likewise, number 12, Clay Denstorff, when asked about the Jackets future, stated “I think…I think we’ll win the league, I really do.”

The Jackets wasted no time before attempting everything they could to try and push toward the end zone. Within the first few plays, it was evident that the Jackets were moving as a well-oiled machine, something that had not been seen at the season’s start. First downs were plenty with the Cougars barley halting the Jackets slow yet constant pace. The student section exploded when the Jackets rolled with the ball in for a touchdown. Just as Coach Kregel said, the Jackets defense looked great while holding the Cougars steady.

Nick Kucic, a junior stated “the Jackets’ offense are a lot better than they were, the Jackets streak is back!”

Jackets’ defense was able to contain the Cougars for the most part with the Cougars barley clawing up, unable to get a first down. Southview punted, sending the Jackets to the 33rd yard line. Jackets flew up field mostly with passes, though flags would still hold them back. Cougars then gained possession and attempted to creep up on the jackets, but our defense stayed strong through the adversity. The quarter would end 7-0 Jackets.

The second quarter began with the Cougars losing the ball immediately to the Jackets. The Jackets had punt the ball back soon after, with a 51-yard kick putting the Cougars on the 40. Fake handoffs  seemed to be the Cougars most used trick in an attempt to juke out the Jackets. The Cougars went for a pass, but it was intercepted at the last possible moment leading immediately to another Jackets touchdown and kick making the score 14-0 Jackets. Cougars and the Jackets spent the rest of the half scrapping at each other’s throats. The Jackets intercepted another ball, however they lost the ball after the Jackets were unable to move up. Jackets gained one more touchdown to end off the half, leaving the score 21-0 Jackets.

The Jackets defense continued to wear down the Cougars, leaving them completely demoralized. Coach Kregel’s words began to gain context as the Jackets lost possession due to an intercepted pass. Cougars tried to gather up any faith left and would try to scratch and tear there way up field to possibly gain a touchdown, but the Jackets defense held them back.  The quarter ended just as it began, Jackets 21, Cougars 0.

The fourth quarter was be the final nail in the coffin for the Cougars. Tensions ran high.  Jackets were unable to move up due to incomplete passes and short runs, though they did regain after the Cougars fumbled the ball. This was a short burst of the Jackets offense, as another pass was intercepted by the Cougars. Cougars pushed up with all their might, but it wasn’t not be enough as there was no time for a comeback.

Jackets won the game in a brutal shut out, leaving many students in the crowd surprised as to the team’s quick course correction that had taken place within the week.

Though the crowd’s reaction is of one of hope.

Caleb Gerken, one of the Jacket running backs, seemed to stay more realistic saying “We’re looking at it one game at a time, so we don’t want to look ahead at the whole season[…] we’re going against Bowling Green, so that’s all we’re focusing on.”

The future of our Jackets looks bright, but the question to be answered Friday is if this energy can be sustained, or was this just a lucky win.

When asked about how is treatment is going, injured player Drew Sims said “ Treatments going well, I have a lot of physical therapy and stuff so I’m doing good.”