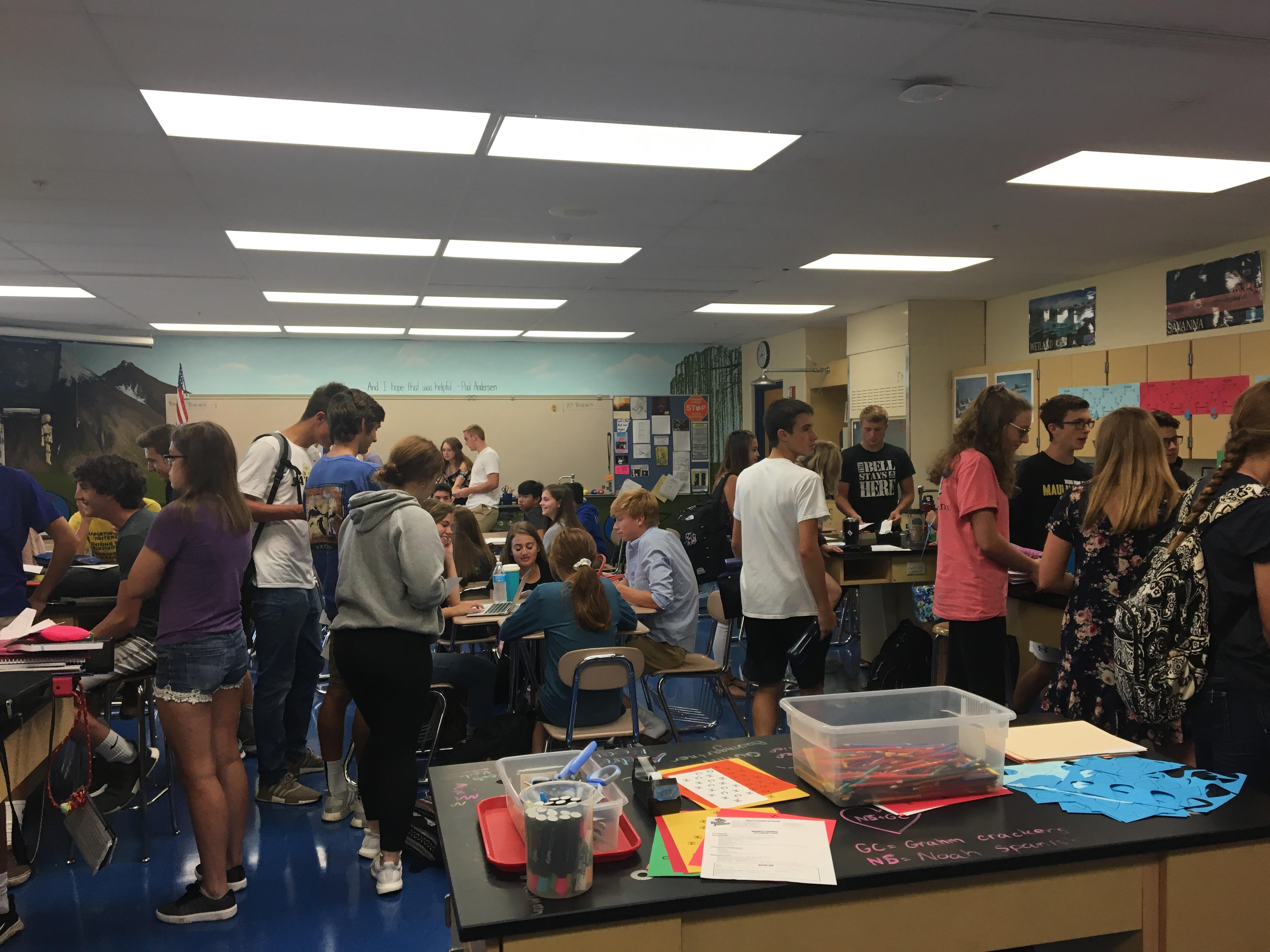 Homecoming is a huge event that the whole school population looks forward to each year.  Everything from the football game, to the court, to the dress is buzzed about on a continuous loop for the weeks surrounding the huge event.  Behind the scenes, student council works vigorously each year organizing this adored event.

Prior to summer break, the council separates into committees and leaders are chosen. The options include—theme and decorations, tickets, elections, gifts & ceremonies, and music. Theme and decorations chooses the theme for the homecoming dance, for example this year it’s GloCo (glow in the dark), and they also choose the decorations to match this theme.

The Ticket Team is in charge of designing and ordering the tickets. Elections creates the Google forms that the student body votes on to elect the court. Gifts and ceremonies then steps in during the homecoming dance and football game to award the court with gifts such as flowers, as well as the king and queen with a crown.

Many people view Music as the most important committee—you can’t have a dance without music, after all. Their goal is to play school-appropriate crowd favorites that also somewhat match the theme. They choose many differing songs—oldies but goodies, the newest bops, charming slow songs, any many more!

According to Mr. Kevin English, the head advisor for student council, the most crucial part of homecoming planning is getting the elumnia to return.  “That to me is the most essential part of what homecoming is all about—bring people home, have them come back for the weekend, enjoy Perrysburg again, seeing some old classmates and friends.  It’s something I think we need to do a better job of.”

This year a significant new change is being added into the mix—Mr. Thom Ziems will be DJing, and student council has picked the majority of the playlist.  Mr. English says that this is now the biggest struggle that the council encounters while planning for homecoming. It can be very difficult to keep the students, as well as faculty, happy.

The members of student council give their all when it comes to homecoming.  Their annual goal is ensuring that homecoming weekend maintains its positive, popular reputation and continues to be an important, beloved Perrysburg tradition.