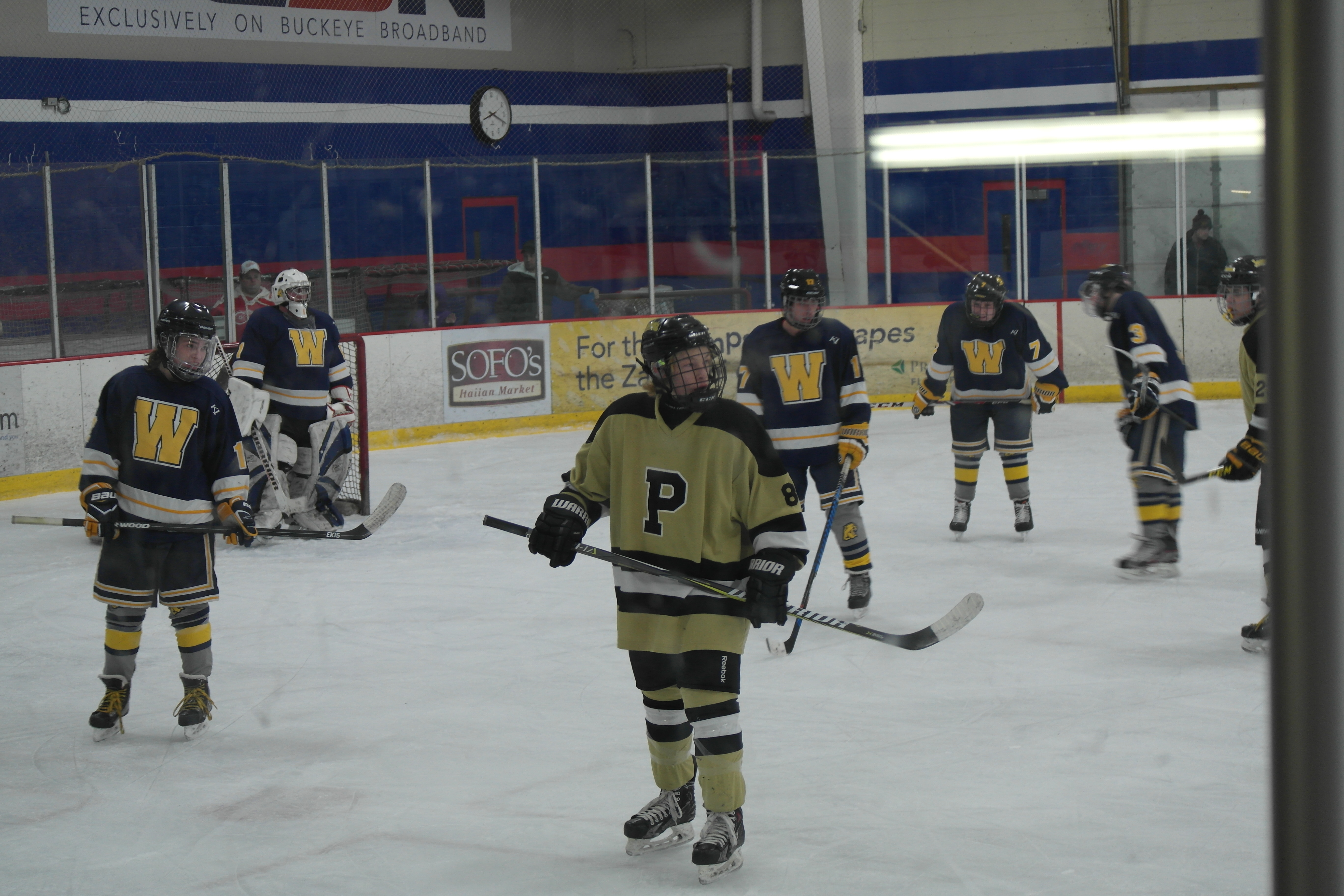 Andrew Winters, Joey Ciach, Evan Thomas, and Patrick Hanley all contributed goals. Tay Schneider had two hat tricks (a total of 6 goals) and Chase Nitschke had one hat trick along with another goal (a total of 4 goals).

“It was a real team effort, we really spread the scoring around everybody on the team got involved. It was great to see some offensive production as we haven’t been putting the puck in the net as of lately,” said head coach Kevin Fisher.

Newly named co-captain and goalie Will Kuene said “I just want to say that I am very appreciative of my new position.”

This was Perrysburg’s third win over Whitmer this year, first 9-2 in November and 6-2 in December.