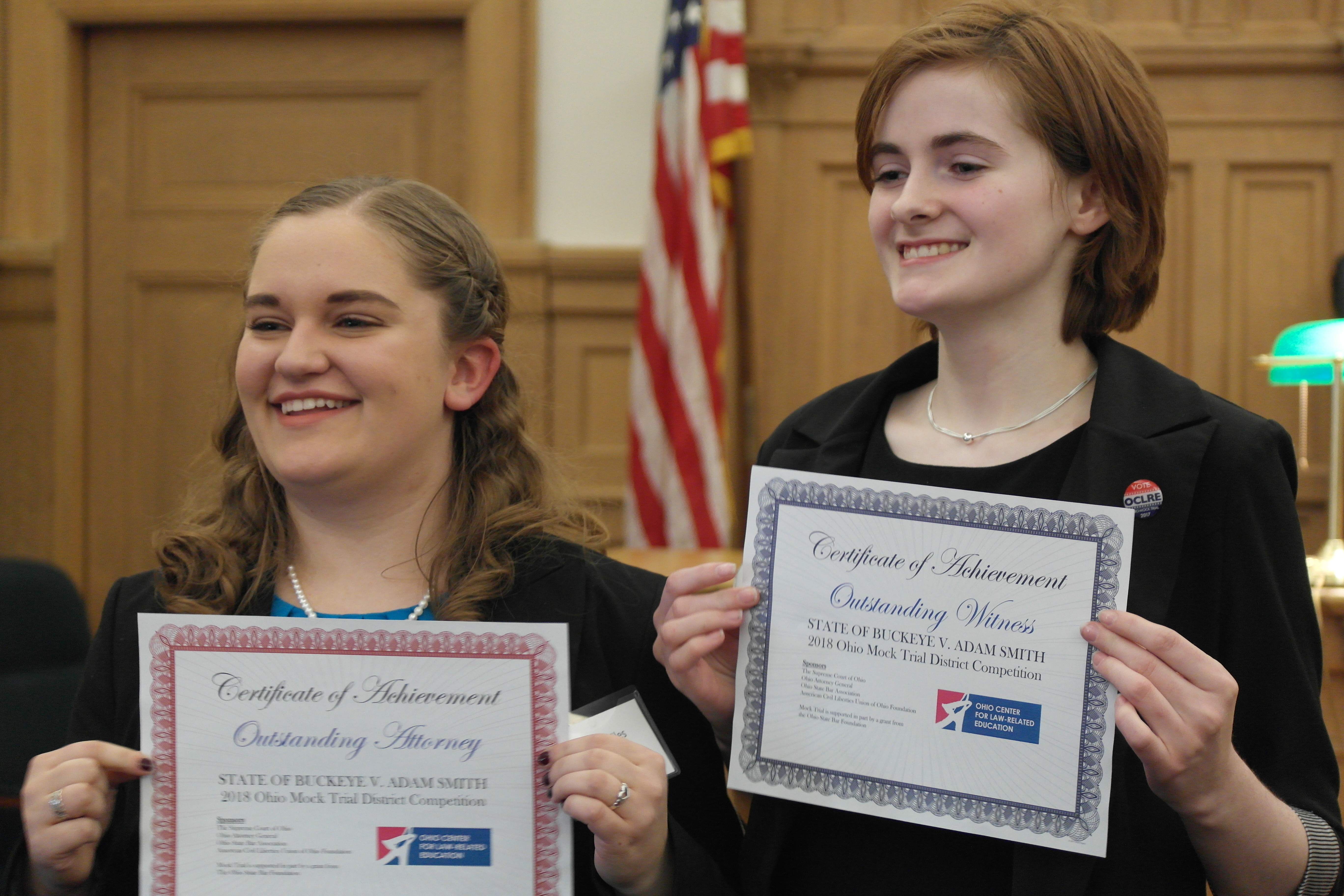 On January 26, 2018, three Perrysburg High School mock trial teams competed at the district mock trial competition at the Wood County Clerk of Courts courthouse in Bowling Green, Ohio. Students that have participated in mock trial throughout this school year had to argue a mock civil case about a motion for a new trial. According to the case materials sent to the club from the Ohio Center for Law-Related Education, the defendant, Adam Smith, is looking to overturn a murder conviction set by the court back in 1999. The materials further explain that Smith was accused of murdering his ex-girlfriend, Hayley Leigh.

The issue comes down to his original trial in which Smith’s sixth amendment right to a competent legal advisor. Both sides agree that the original attorney provided insufficient legal counseling, but the defense must prove that their performance was so egregious that it prejudiced Smith. Meanwhile, the prosecution must prove that despite having an incompetent attorney, the evidence against Smith outweighs his attorney’s performance. Through exhibits, expert testimony, and eyewitness testimony, students from each side have the opportunity to do so.

At the end of the competition, Abdur Khan, Emma Viles, Evan Leong, and Chloe Wegener all were awarded outstand attorney for their individual trials. In addition to this, Mia Wegener, Aastha Bhavsar, Hanan Sjah, and Sydney Meade each won the award for outstanding witness in their individual trials. Though the competition at district competition was a bit scarce (only consisting Perrysburg High School, Tinora High School, and Eastwood High School), the Perrysburg team Justitia Foedus was triumphant at the end of the day, resulting in not only an advancement to regional competition but also two students from the team, Khan and Bhavsar, to win the overall outstanding attorney and witness awards respectively.

After a successful competition at districts, team Justitia Foedus competed at Regional competition at the exact same courthouse in Bowling Green, Ohio. Perrysburg’s competition included two Sylvania Southview High School teams, two Saint Paul High School (Norwalk) teams, and one Saint Francis de Sales team. Perrysburg’s defense side competed in the first trial against one of the Saint Paul teams. The aggression could be felt by those watching the trial, as Saint Paul’s attorney’s set a hostile tone at the beginning of the trial. Khan, the attorney for Justitia Foedus, won the award for outstanding attorney once again. However, a witness from Saint Paul’s prosecution won the award for outstanding witness. The second trial took place shortly after the first, consisting of Justitia Foedus’s prosecution and Sylvania Southview’s defense. This competition for this trial was even more stringent than the last. At the conclusion of the trial, Meade was victorious once again as she achieved the outstanding witness award at this trial. However, a member of Sylvania’s team won outstanding attorney and tipped the scales enough to prevent Justitia Foedus from advancing to state competition. Despite the loss, by only one point, that Justitia Foedus took that day, the team did not go down without a fight and performed outstandingly.