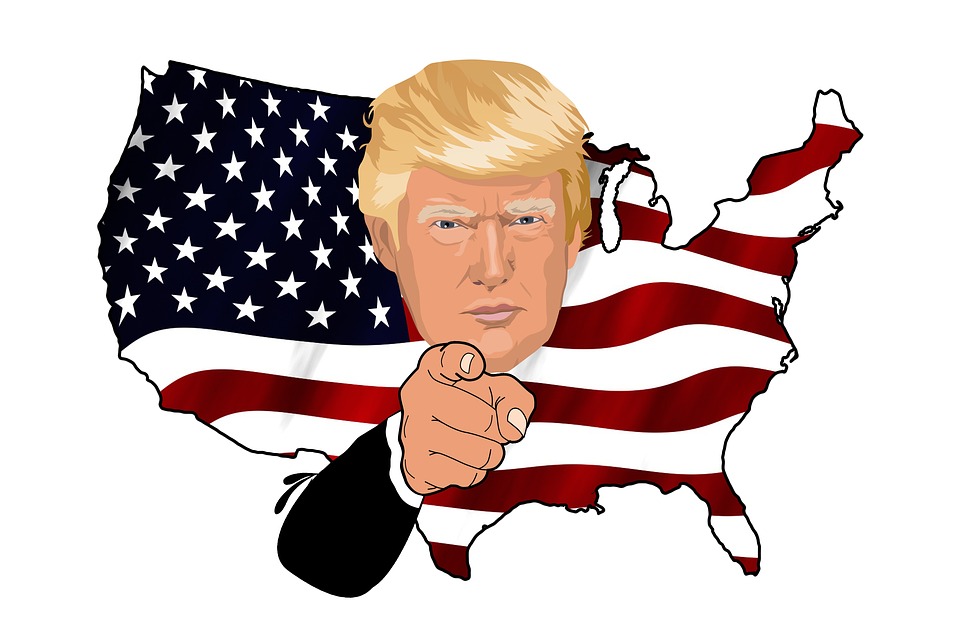 The State of the Union Address is a yearly address given by the President to Congress, offering the views of the state of the nation and plans for legislation. With midterm elections looming, the union address is acutely important as any President wants to help keep his party in control of Congress and pass legislation.

Leading up to the speech, President Donald Trump was expected to discuss the economy, infrastructure, immigration, trade and national security among other topics.

Trump’s speech commenced by making mention of the recent shootings that have happened in America. Stating that we need to find a common ground in politics, he kept the similar theme of unity throughout the evening. “It is not enough to come together only in times of tragedy,” he said early on.

From there he moved to his first major topic of the night, the economy. Trump began by discussing all the accomplishments that the economy achieved in this past year. Unemployment has reached lows, the stock market is rising in value, small businesses have received a massive tax cut.  Soon millions of Americans will have “a lot more” take-home pay starting next month.

Like most speeches, Trump made sure use pathos, bringing in lots of everyday citizens throughout the night that served as the spirit of America. The first was an “all American worker” from Staub Manufacturing in Ohio, a company who just finished their best year in a 20-year history. The worker, Corey Adams, had supported himself all throughout high school, lost his job during the recession, and trained in Staub to become a welder.

Mr. Trump then spent several minutes addressing veterans and their need for “our unwavering support” as another citizen was recognized. Preston Sharp, a 12-year-old from California who saw that Veterans graves were not marked on veterans day, and started a movement that has now placed 40,000 flags.

Trump then urged that Americans need to serve veterans by giving them choice in healthcare decisions. He discussed the VA accountability act signed last year, and that since then the administration has removed more than 1,500 employees who have failed to give veterans the care they deserve.

The American worker and engery were also major themes of the address. “We are very proudly an exporter of energy to the world,” Trump said. He then mentioned that car companies are building and expanding in America, something that hasn’t been seen for decades.

One of the greatest priorities to Trump is to reduce the price of prescription drugs. He says that it is “very unfair” that drugs cost far less in other countries and that fixing injustice of high drug prices is his “top priority of the year.” He seemed to challenge his opposition with the statement “prices will come down substantially. Watch.”

Regarding infrastructure, Trump plans to rebuild America’s crumbling pieces. He calls on Congress to produce a bill to have a new infrastructure and even asks both parties to come together to get better infrastructure that the people deserve.

The President called upon the nation to invest in workforce development and job training which “we need to badly.” He implored us to open vocational schools and support families by supporting paid family leave. Uncharacteristically, he says that opportunity must be extended to all students. He calls to reform our prisons to help former inmates get a second chance at life.

By bringing in the parents of two teenage daughters who were murdered by the MS-13 gang. Trump segues into his opinions on immigration for the upcoming year. He preaches to finally close the “deadly loopholes” that let gangs enter the country, and for new legislation that will fix immigration laws and support border control agents.

Elizabeth Alvarado, Evelyn Rodriguez, and Freddy Cuevas had daughters murdered by the M-13 gang. Trump states that America is a compassionate nation, proud to help the needing and struggling. He says that a constant concern is for America’s children and forgotten communities. He extends an open hand to work with both democrats and republicans to “protect our citizens of every background, color, religion, and creed.” He places an emphasis on the American Dream,  because “Americans are dreamers too,” possibly referencing the DACA controversy.

Perhaps the most interesting topic of the night was the 4-pillar bipartisan plan for immigration. The four pillars of the plan were as follows:

1- Generously offer a path to citizenship for 1.8 illegal immigrants brought to America by their parents. Those who meet education and work requirements and meet moral character will become citizens over 12 year period
2- Fully secure border, building “great wall” and hiring more homeland security. Close loopholes and end practice of catch and release.
3- End visa lottery, and switch to a merit-based immigration system
4- Protect nuclear family by ending chain migration. Focus on the immediate family by limiting sponsoring to spouses and minor children

Trump switched topics and returned to the military.  He asked Congress to fully fund the military and proposes to modernize and build our nuclear arsenal to deter acts of aggression from other countries. He said that he hopes to eliminate nuclear weapons one but, but “we are not there yet.”

Continuing on the topic of the military, Trump asks Congress to ensure all necessary power to detain terrorists. He spoke about a signed order directing a reexamination of our military detention policy and to keep detention facilities open in Guantanamo Bay.

Trump also asks to pass legislation to help ensure America’s foreign assistance dollars serve American interests and only go to “friends” as he references the backlash America received with recognizing Jerusalem as the capital of Israel. He goes on to ask Congress to address the flaws in the Iran nuclear war deal.

Trump closed out his speech by complimenting all that American citizens do for the country. He said that it’s “the people who are making America great again.” He ends by saying “As long as we have confidence in our values, faith in our citizens, and trust in our God”

“We will never fail.  Our families will thrive.”

You can see the full transcript of the speech here.