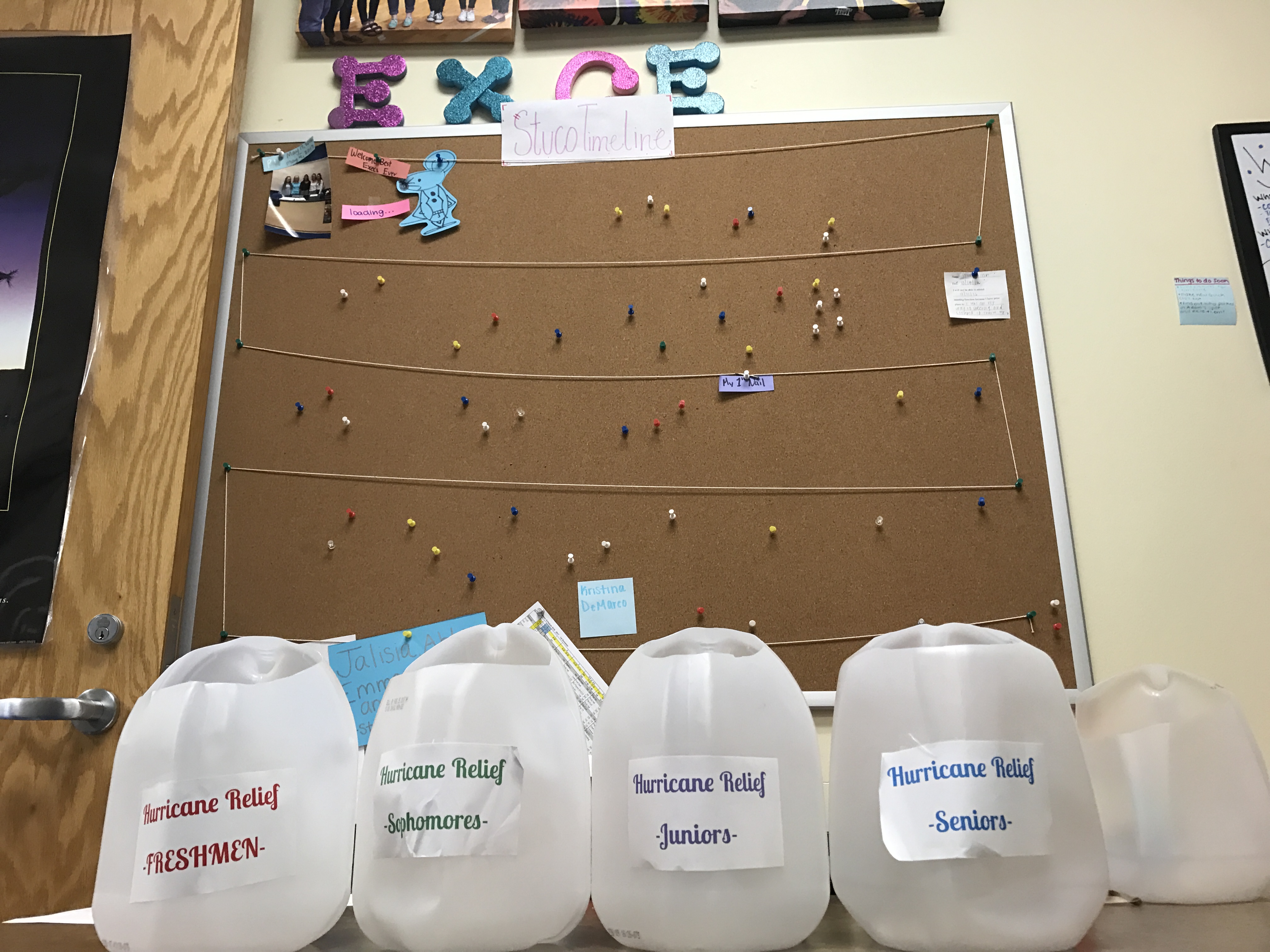 Hurricane Harvey is waging war in southern Texas, hitting cities on the coast of the Gulf of Mexico the hardest. The New York Times stated that this devastating hurricane was categorized as a level 4, measuring 200 miles across, but was quickly downgraded as it hit land in Rockport, TX.

The storm traveled to the large Texan city of Houston, which contains over 2 million people, a statistic from suburbanstats.org, and caused extreme damage. The San Diego Union-Tribune reported that at the peak of the storm, places all over Houston measured around 40 inches of water, while other cities, like close-by town Cedar Bayou, measured over 50 inches. As bestplaces.net informed, this is close to their yearly average of around 51 inches of rain. The death toll at this time in Houston is at least 70 according to Fox News, while another hurricane, Irma, is brewing off the coast of Florida.

As these horrific storms hit our country in the south, Perrysburg student council has decided to hold a fundraiser for the people affected by Hurricane Harvey. Mr. Kevin English, a Biology and AP Biology teacher here at Perrysburg, and the head of this fundraiser, gave the inside track on how this is going to work. All the money collected from students will go to Impact with Hope, a foundation located in Waterville, OH, that is sending supplies to Houston.

This fundraiser has turned into a competition between grades to see who can bring in the most money. As of September 6th, the Juniors are in the lead with $511.57. Way to go Juniors! The Seniors are in second place with $303.99, while the Freshman and Sophomores are very close in totals. The Freshman have a total of around $203.31 and the Sophomores having $209.96. The drive will stay open until this Friday, September 8th, so let’s all keep pushing to reach our goal of $2000! Look out for the student council members carrying the jugs with your grade on them during lunch! A dollar per student goes a long way and can help bring relief to those affected by this monstrous hurricane.