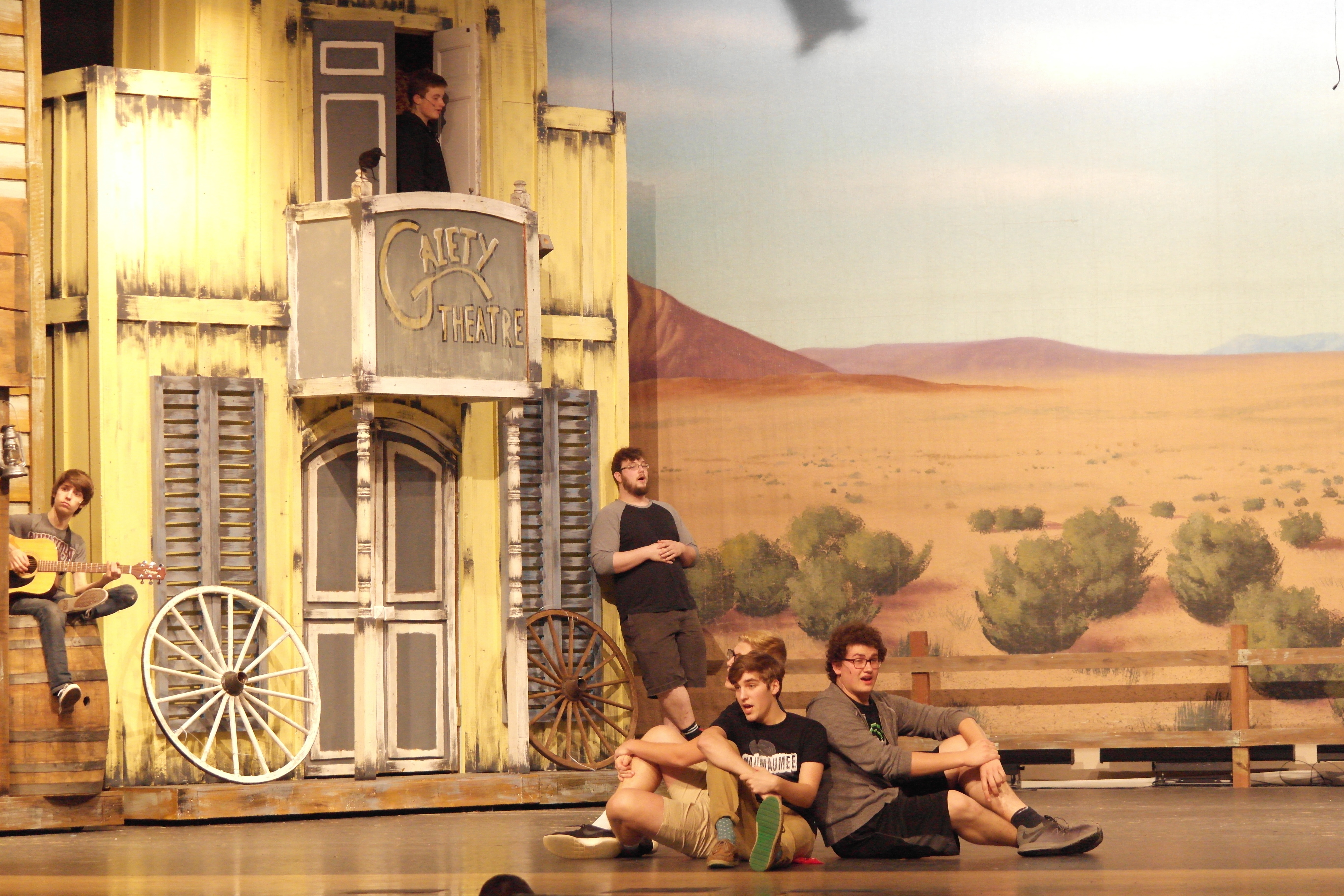 Being on stage and in front of your peers sounds pretty unnerving to most high school students but each year tons of students flock to the stage wanting to be a part of one of the productions at Perrysburg High School. Whether it’s having a starring role in the play or just being a part of the technical crew, Perrysburg high school students want to be a part of what’s happening in the theater department. For most of these students, this becomes their life after school during the time from the first rehearsal to the end of the last performance.

After speaking to Robert Gentry, who is the director of the plays at Perrysburg, and a couple of students we found out just how much work goes into each production the high school puts on.

Plays, musicals, and even the winter one acts take a huge amount of time and effort. Even for technical crew, “there are months involved,” states Gentry “and prep for technical crew takes months as well” Our school’s productions take up so much time and effort that sometimes it can be hard for students to juggle their commitment to the play and their social lives. Despite this students love helping out with the productions at school.

“It teaches you you how to work well with a team, helps build your social skills, and make friends and memories that last a lifetime,” explains sophomore Noah Bunting.

As Bunting said, the theater community has become a family.

Gentry even says, “we think of ourselves as a big family.”

Senior Sydney Meade even explains why it is so easy to become so close knit saying, “It is a lot easier when you are in a community like a theater community or art community to make friends, build families and make connection than just being like we are in the same English class”

You have to become close with the people in your production because you will end up spending over 24 hours with them during the week the play is actually performed. Don’t let the time commitment discourage you from becoming part of the production though. You won’t even realize how much time you spend there because you are either talking and making friends or doing some sort of task.

If you are interested in becoming a part of the theater community though, auditions for The Moon Over Buffalo, are over. You can still become part of the technical crew packets to apply to tech crew are available in Gentry’s room, room 108, and are due by the 15th of September to become a part of the crew for Moon Over Buffalo. There is still the winter one acts and the spring musical if you want to audition for a role in a show, but being behind the scenes can help you to become more familiar with the theater community and how it works.