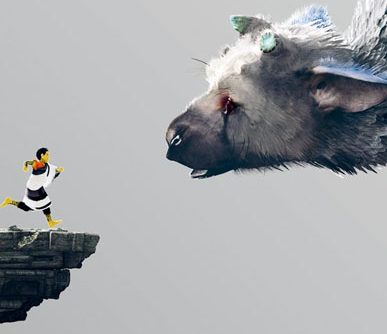 After 9 long years of development, The Last Guardian finally hit shelves on December 9, 2016. The long-anticipated game was released exclusively for the PlayStation 4 through Sony Interactive Entertainment. Some players have even deemed it the spiritual successor to director Fumito Ueda’s Shadow of the Colossus (2005). It is a action-adventure game and is rated T.

You, the player, are in control of a young and unnamed boy. He doesn’t know where he is, how he got there, or how he got his mysterious tattoos. What he does know is that he is trapped in a cavern with a terrifying, but somehow adorable bird-mammal hybrid, which he names Trico. Players must use their wits and their newfound companion to navigate their way through an inescapable valley known as The Nest and find a way out.

The Last Guardian is an amazingly beautiful and unique game, but I have two major complaints: the basic controls and the camera positioning. Good lord, never before have basic controls given me this much anxiety. Some of the issues with the controls plays into the camera, but there are some that are just lackluster. There may be a platforming section where the player needs to jump from one overhang to the next; instead, the child may try to hang off the ledge or shuffle around, but oops- he shuffled just a bit too far! Now you’ve fallen off the ledge and died, time to go all the way back to the beginning of the section! If that had been tuned up just a bit more, honestly, I think the game would have been flawless.

It feels like you have to second-guess an action before you perform it, and sometime you aren’t even aware that you’re still in control of the character. For example, the game’s ability to move from game play to a cinematic scene is awesome, especially if Trico is involved. There are multiple parts where you have to climb up on Trico’s back and hold on as he bounds across platforms, but a scripted event starts. You think you’re safe, you take your hands off the controller, and the beast turns around on the platform, flinging the kid off his back and off the side of the mountain because you didn’t issue the ‘grab’ command. It’s both hilarious and irritating.

Moving on to the positives though, Trico is a work of art. They are this massive creature with horns and giant claws, and behaves like your pet dog by the end of the game. Initially, trying to guide him is like herding a oversize cat. He balks at you, wants you nowhere near him while he eats, and generally does his own thing while you look around. By the end though, Trico will risk life and limb for your sake. He yawns, stretches, practically eats right out of your hands, and yes, will ask to be pet.

This giant, supposedly man-eating creature will nudge you until you acknowledge and pet him.

I think the coolest part about Trico is that he actually behaves like a real animal. All of his actions, aside from the obviously supernatural, resemble that of a cat or dog. He doesn’t respond to your command immediately, which is a huge complaint among gamers, but think about it. He’s an animal, he’s not going to. His AI development to create all those actions lifelike was likely one of the reasons for the long release wait. Perhaps another aspect of the wait was the environment, but both turned out wonderfully.

Overall, The Last Guardian is a pretty awesome game. The environment and lighting are beautiful, and I think that Trico himself is astounding for this age of entertainment. If this kind of AI is being developed right now, imagine what video games are going to be like five years from now! I only wish that the basic controls and camera had been tightened up even just a tiny bit. The lack of control really puts a downer on game play. It’s understandable though, because not everything will be perfect in the final product. If we had to choose between the version of the game we have now and a version with better controls but poor AI for Trico, I would take the current version hands down. The player interaction with Trico is definitely what makes the game for me.