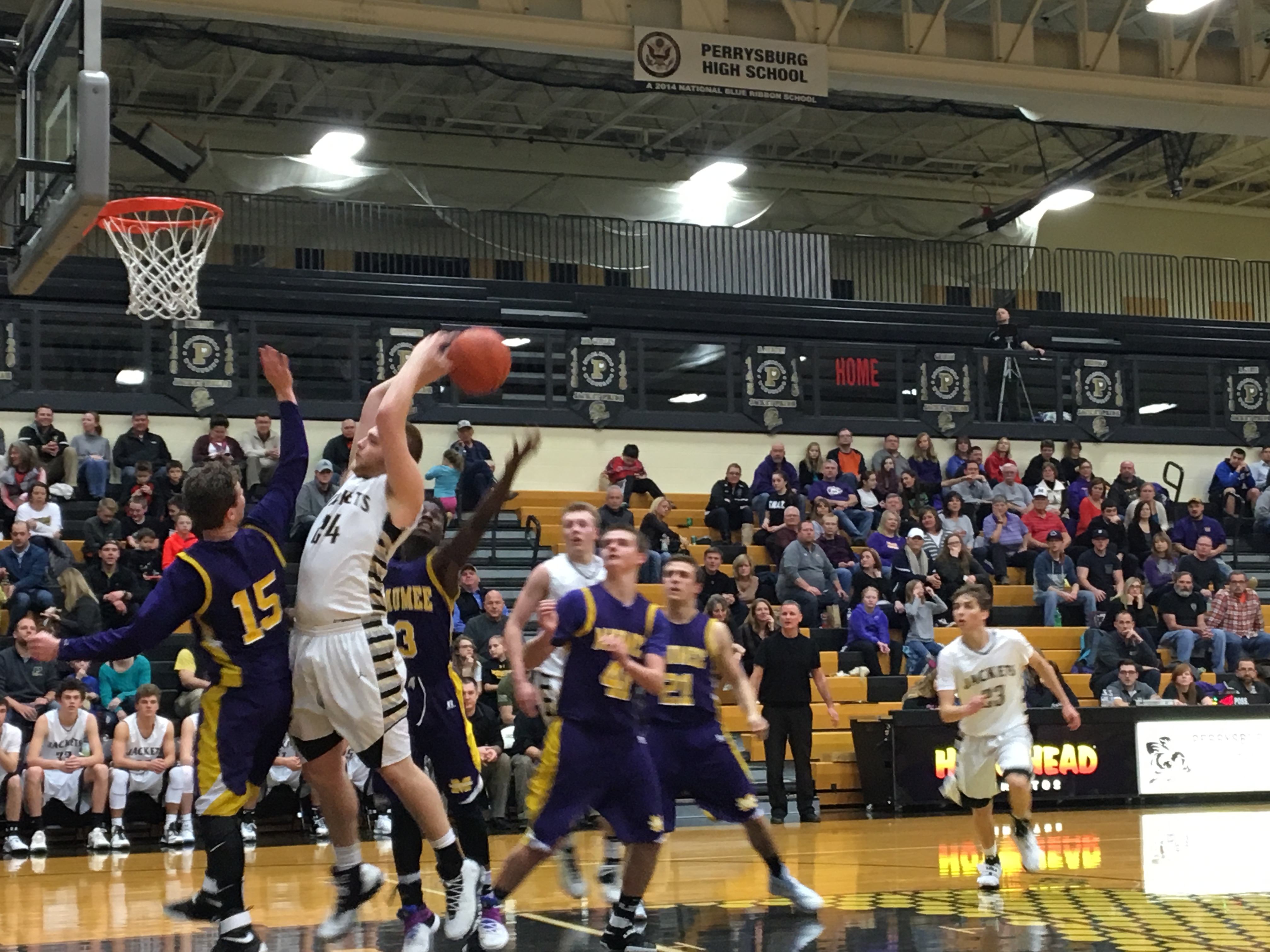 Every school has their own unique rituals, but the students at Perrysburg High School, both past and present, understand how one is hard to swallow.

On Friday January 20th the Perrysburg Yellow Jackets (7-5) faced off against a longtime rival Maumee Panthers (4-7).

With rivalry comes tradition and the Jackets are always excited for their annual home game against the team across the river. For generations Perrysburg students have left the stands at halftime of this game to go outside and embrace the controversial tradition of swallowing goldfish with the rest of the student body.

However, this year the game landed on a military appreciation night and Dr. Michael Short, Principal at Perrysburg High School, gave this statement before the game, “In order to reduce distractions from this event and avoid problems we have had in the past with water we are not allowing any bags or bottles containing aquatic wildlife in the gym. There will be tables set up in the auxiliary gym hallway where you can place your piscatorial pals during the first half of the game.”

The first half passed, everyone grabbed their fish, and the ritual lived on as the students enjoyed the “passing of the torch” and their turn to write a page in school history.

Senior Noah Pyle said that, “The goldfish are our chance to carry on tradition. As seniors we want to make the most of our final year and do things that we won’t be able to do ever again.”

As far as the actual basketball game, Senior Matt Gruden led the way for Perrysburg scoring 28 points and Freshman Drew Sims also added 12, going 4-5 from 3 point range, to help the cause. Maumee Junior Blake Hazard tried his best to keep his team in the game scoring 11 points, but his efforts were not enough as the Jackets won in convincing fashion by a score of 79 to 35.

After the game Senior captain Nick Sanford stated, “This was a huge game for us. The NLL is really tight this year and we were struggling a little bit the last two games, so it was great to build up some confidence in all our guys.”

The Jackets will be looking ahead as they face off in a very important league game at home against Northview on Tuesday. This was truly a great game for the Perrysburg students, players, coaches, and community as the Jackets came out with a victory on and off the court.

Other stories by Mike Murphy: