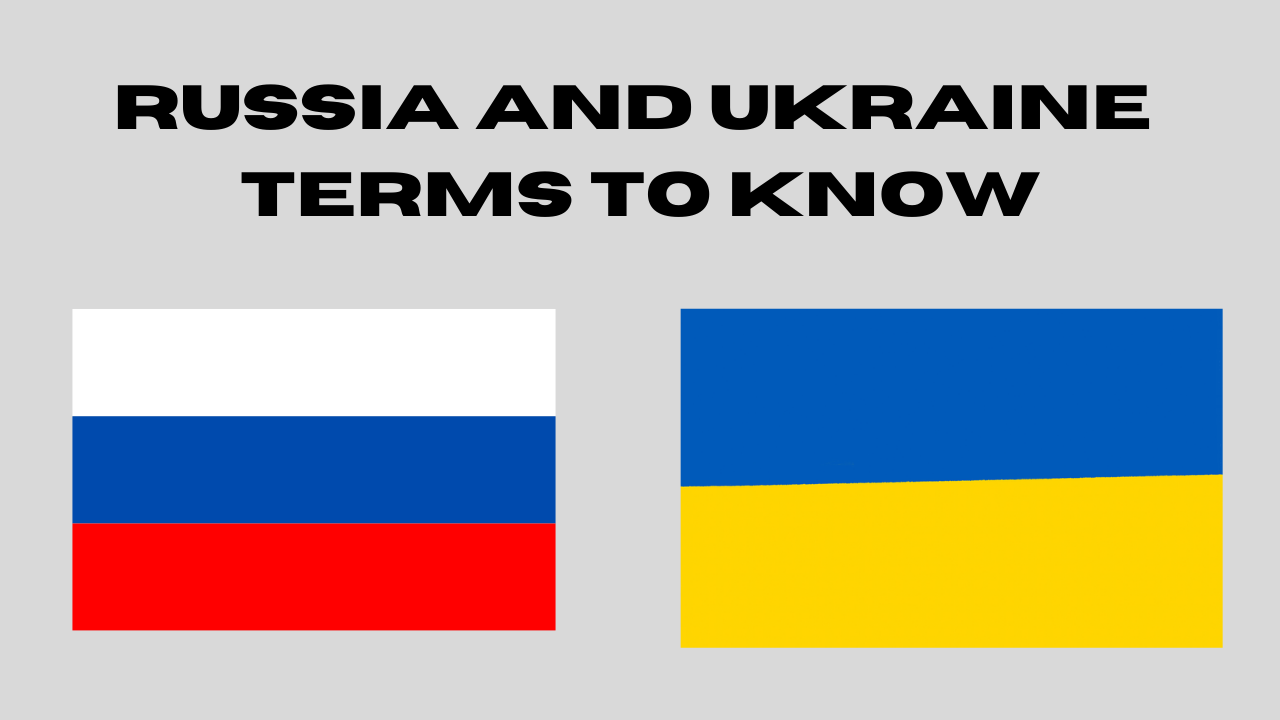 Following the news of the conflict in Ukraine can be confusing for the average person. Here are some frequently used terms you should know:

Czar- sometimes referred to as “Tsar,” a person with great authority in a particular field. The term historically referred to the ruler of Russia.

Economic Sanction- A financial penalty placed on a country to limit its international transactions. Sanctions placed on Russia by the US and European countries have negative consequences on the Russian economy.  Biden recently announced sanctions on Russian oil exports.

G7- meaning Group of 7– the most powerful countries including Canada, France, Germany, Italy, Japan, The USA, and The European Union/UK. Along with the United Nations. Leaders of the G7 have condemned Russia for its Ukrainian invasion.

Kremlin- The executive branch of the Russian government. The Kremlin controls the Russian Armed Forces that are sending troops into Ukraine.

Moscow- The capital city of Russia. The Russian president Putin lives in Moscow.

NATO- North Atlantic Treaty Organization is an alliance of 30 countries from North America and Europe. NATO countries surround Ukraine and Russia. Ukraine has been trying to join NATO for several years.

Resolution- A formal response in the form of a written document, The UN published a resolution in response to the Russian Ukraine conflict saying that The UN condemns

Russia for the Ukrainian invasion. The G7 also published a similar resolution in response to the Russian and Ukraine situation.

Oligarchs- Wealthy business leaders with powerful influence in politics. Sanctions forced some Russian oligarchs to speak out against the war.

USSR- The Union of Soviet Socialist Republics. When the USSR dissolved, Ukraine became independent from Russia, this is when the conflict between the two countries first arose.