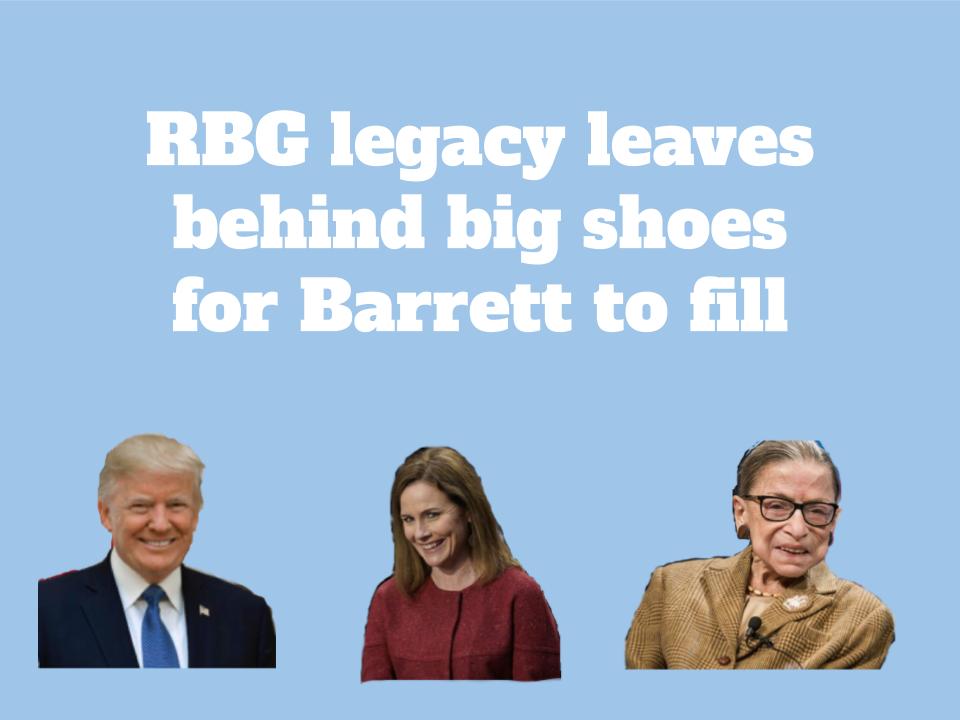 On September 18, 2020, Justice Ruth Bader Ginsburg died from complications due to her ongoing battle against metastatic cancer of the pancreas.

Barrett is a conservative that would push the court to the right. Barrett has spoke on touching topics including abortion, gun rights, discrimination, and immigration. A lot of her former court case decisions have been based off of similar thoughts as a former coworker of Barrett’s, Antonin Scalia.

Ginsburg served on the nation’s highest court for 27 years. Ginsburg acted as a feminist icon.

The country has been mourning her death but some eagerness has formed from a now empty seat in the Supreme Court.

When a vacancy occurs in the Supreme Court, the President of the United States is given authority, under the Constitution, to pick a person to fill the vacancy and then the Senate must approve of the proposed justice.

To make matters even more complicated, President Trump has tested positive for Covid-19 with a few weeks to go before the November 3rd election.

Never has a US president been diagnosed with a serious virus weeks before the election date. This diagnosis also complicates the process of filling in the empty spot in the Supreme Court. If the Senate doesn’t approve of Barrett then it could be awhile until the spot is filled.

Critics take issue with how much Trump is downplaying the his diagnosis and the virus. Many think he should take it more seriously; followers say his optimism is a sign he is getting back to work.

With coronavirus, the election between two parties, and filling a spot in the Supreme Court, it should be a thrilling end to the 2020 political season.