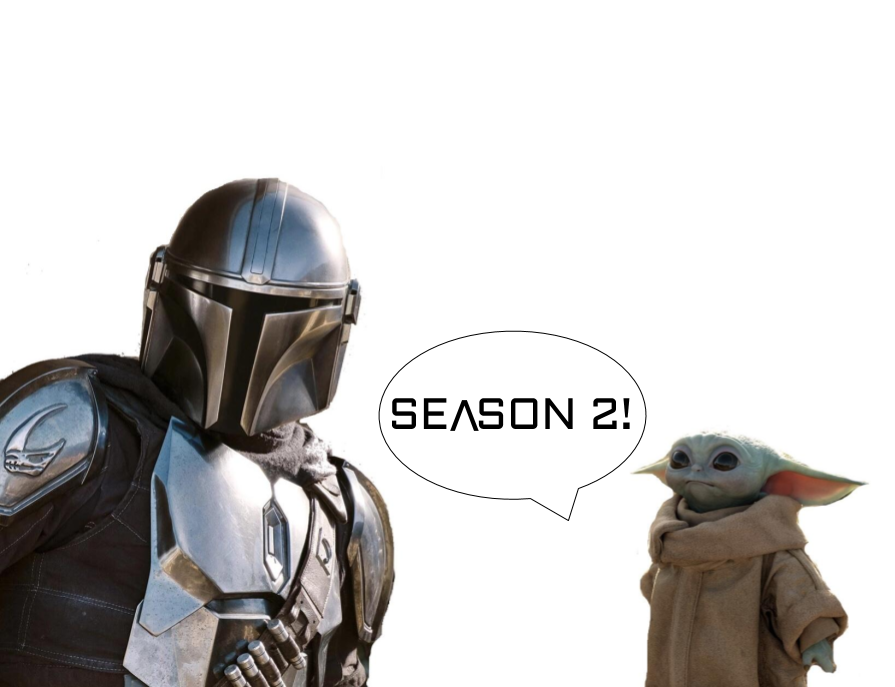 After much speculation and waiting, the trailer for “The Mandalorian” season 2 was finally released September 15.

John Favreau, the creator of the show, and his fellow directors for season two, Rick Famuyiwa, Dave Faloni, Bryce Dallas Howard, Peayton Reed, and Carl Weathers, are back with new episodes.

Returning this season are Mandalorian (Pedro Pascal) and The Child, popularly known as “Baby Yoda,” including the return of Cara Dune (Gina Carano), Greef Karga (Carl Weathers), and the antagonist from season one, Moff Gideon (Giancarlo Esposito).

When filming both season one and two, “The Mandalorian” used a brand-new technology no show or move has used before. Instead of Computer-Generated Imagery (CGI) and green screens, producers use a huge digital screen that depicts the setting.

Many puppets of creatures and droids are used for this season, including The Child (Baby Yoda).

With many rumors about the new season, fans are beyond thrilled for the new release.

“I’m scared they are going to return Baby Yoda to his family because … that would mean no more baby,” said Olivia Van Camp, a freshman at Perrysburg, who gave the Baby Yoda cuteness a whole 5 stars.