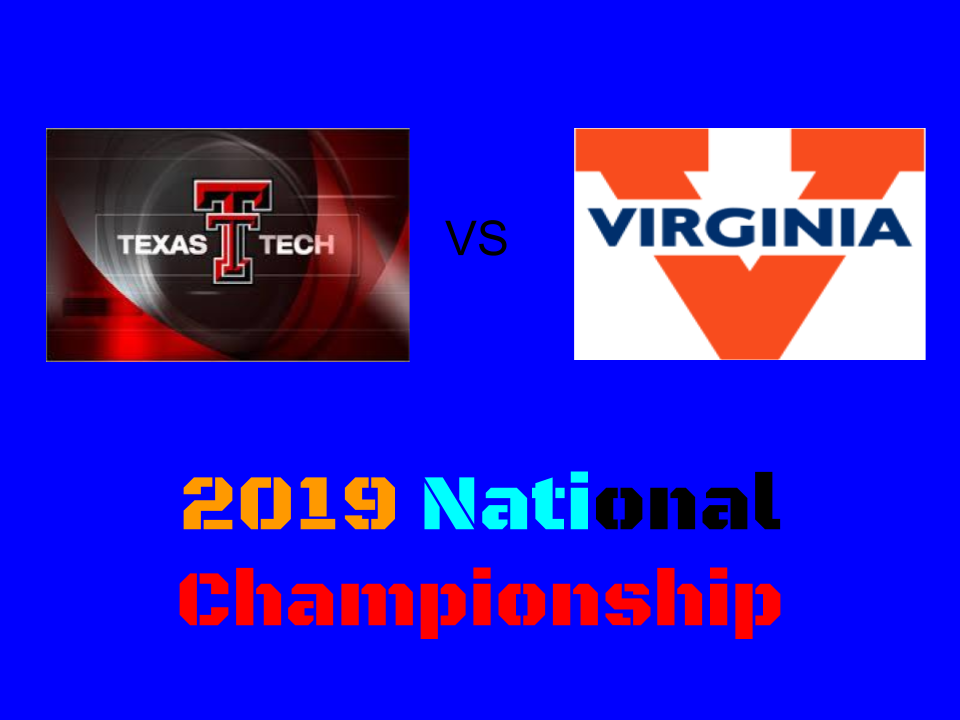 This past Saturday, four team fought for the spot to the final game of the NCAA tournament.

Basketball fans saw a close game between the Auburn Tigers and Virginia Cavaliers in a one-point bout, and the game was determined by a foul on Virginia — .6 seconds left in the game, behind the three-point line. The game up to this point was 62-60, and Virginia won the game 63-62 because of the foul.

There was obviously some controversy surrounding this game because — before the deciding foul was committed — there was a pretty clear double dribble by a Virginia player which may have turned the tide if officiated in Auburn’s favor.

The other matchup Saturday night was Texas Tech versus Michigan State. The MSU Spartans started off hot but, as the game progressed, the Texas Tech defense locked in and Tech’s offense kicked it in high gear. At one point during the game, Tech was up by 12 points because all Sparty’s offense was denied.

So, the final game of the NCAA tournament will be the Virginia Cavaliers versus the Texas Tech Red Raiders. I believe in this matchup, Texas Tech will win because of their performance against a pretty good offensive team in Michigan State. The Red Raiders in this tournament have had one of the best defenses (along with their opponent, Virginia) that Tech will be facing tonight. Their game will be a defensive battle with low-scoring offense.

I believe the final score of the game tonight will be 67-64 in favor of the Red Raiders. This will be the first time that Texas Tech will host the trophy after getting into the Final Four for the first time in school history.