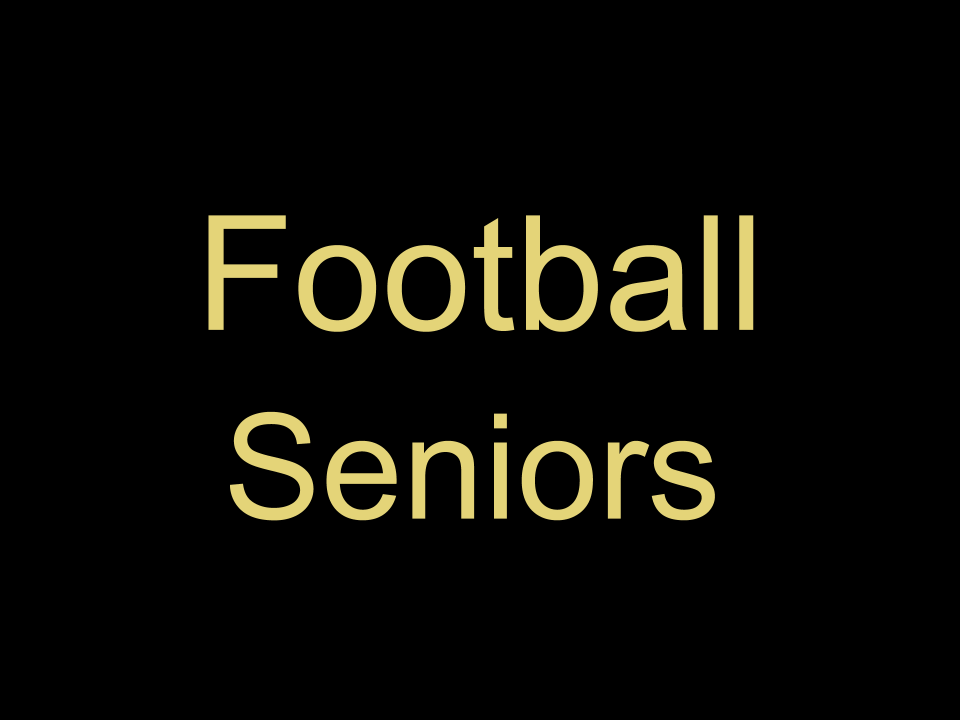 As PHS approaches its rivalry football game against Maumee we take a look back at the seniors playing in their final game.

The seniors of this year will be taking their final steps into Steinecker Stadium. Emotions will be high as senior players play their final high school game. This is combined with the emotions of the well-known rivalry between the Maumee Panthers and the Perrysburg Yellow Jackets. The hype is high as we round off spirit week and go into the final football game of the year, against the team across the river.

Senior Carl Conley has a lot of strong feelings going into this game: “[this team] brought me so many great memories and life lessons. I can’t count everything that football has taught me. I have loved being part of the team for the last 4 years. Everyone looks up to you as a leader of the team [when you are a senior], it has flown by and I’m upset the season is coming to end.”

Conley also said that his favorite senior moment on the team was, “when all of the seniors convinced Nick Coleman to go bald for Maumee week and shaved his head.”

Senior Marko Flowers explained his favorite moment was, “being so close to the team even when my injury did not allow me to play. Sports gave me so many amazing friends.”

Conley said, “It is a brotherhood and family. Everyone on the team is great friends and have each others backs. You always have 50 other guys to lift you up when something goes bad.”

Flowers said, “To be part of the Jackets is the greatest thing. Perrysburg is so lucky to have a new facility and such amazing coaches that push every single one of us.”

Flowers also explained, “High school has been such an amazing time. It has allowed me to come closer to people that will soon move far away and also have connected with so many teachers. I always love to be the older guy and I am able to have more opportunities.”

The seniors are ready to take on their final game. They have had a lot of fun and great experiences while playing football during high school.