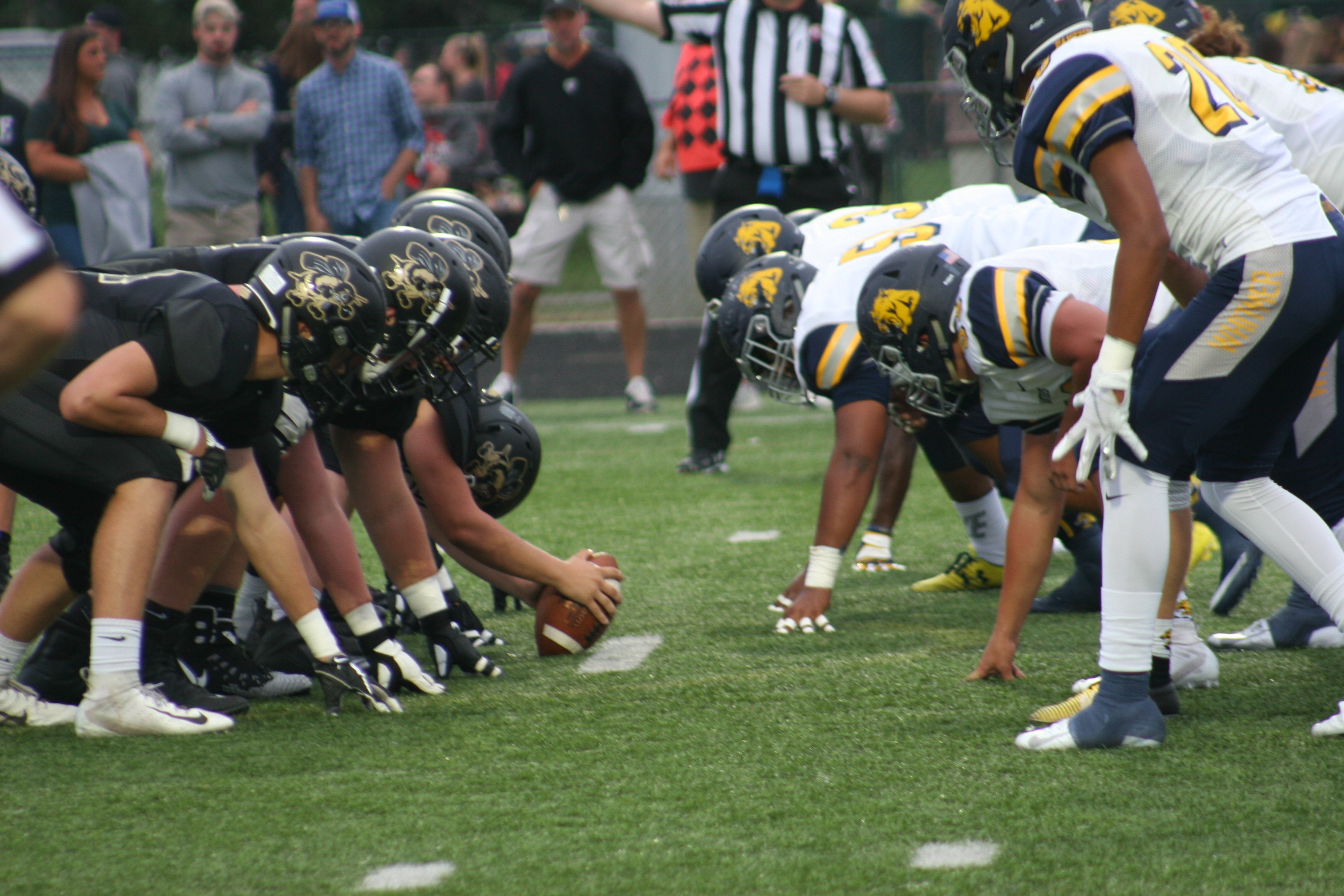 The Yellow Jackets lost yet another game this season — this time to the Whitmer Panthers, with a score of 45-15. This marks the 3rd loss this season, leaving fans and students alike wondering if the Jackets will be able to dig their way out of this hole.

Being the first home game of the season, many were excited to experience the game without having to drive far. With this, the crowd was explosive through the first, second, and third quarter, but the energy would begin to fade ever so slightly as the game progressed into the fourth, never reaching the initial hype seen at the beginning.

The first quarter began with a Jackets kick-off that led the Panthers almost immediately into a touchdown and a successful kick.

The Jackets would soon after grab a 15 yard touchdown with a successful kick, 7-7 at that point. More flags would fly for the benefit and hindrance of both teams, hurting the Panthers more than the Jackets.

School pride ran high on both sides, with the Jackets and Panthers cheering against each other. The Panthers would make on more touchdown and a good kick with less than 44 seconds left. Quarter 1 ended with a score was 14-7 Panthers.

The second quarter would start with Jackets possession, but they would lose it shortly after the start to the Panthers. The  Panthers wasted no time striding downfield gaining a touchdown and a successful kick the process, making the score 21-7 Panthers.

Flags would continue to be thrown, including an atrocious personal foul on where one Panther on defense would move offsides hitting a Jacket down before the snap. However Panthers would intercept the ball from the Jackets and gain a touchdown and kick in the process making it 28-7 Panthers.

The  Panthers however, would gain another touchdown with a good kick ending the half at 35-7.

Jackets would fail to gain good yardage and would quickly punt the ball to the Panthers.

A thrilling play for Jacket fans occurred late in the game, when the Panthers’ punt would be a magnificent failure as the snap went over the head of the kicker. Jackets would gain the ball and dart upfield with a 30 yard gain to the 40. With another pass, Jackets would be at the 15, bringing the fans roar back.

The 4th quarter was perhaps the most straining due to multiple clock resets due to flags. The Panthers’ defense held, defeating the Jackets 45-15.  Perrysburg football fans exited with one question on their minds: Can this season be salvaged, or will the Jackets be stuck on this losing trend?