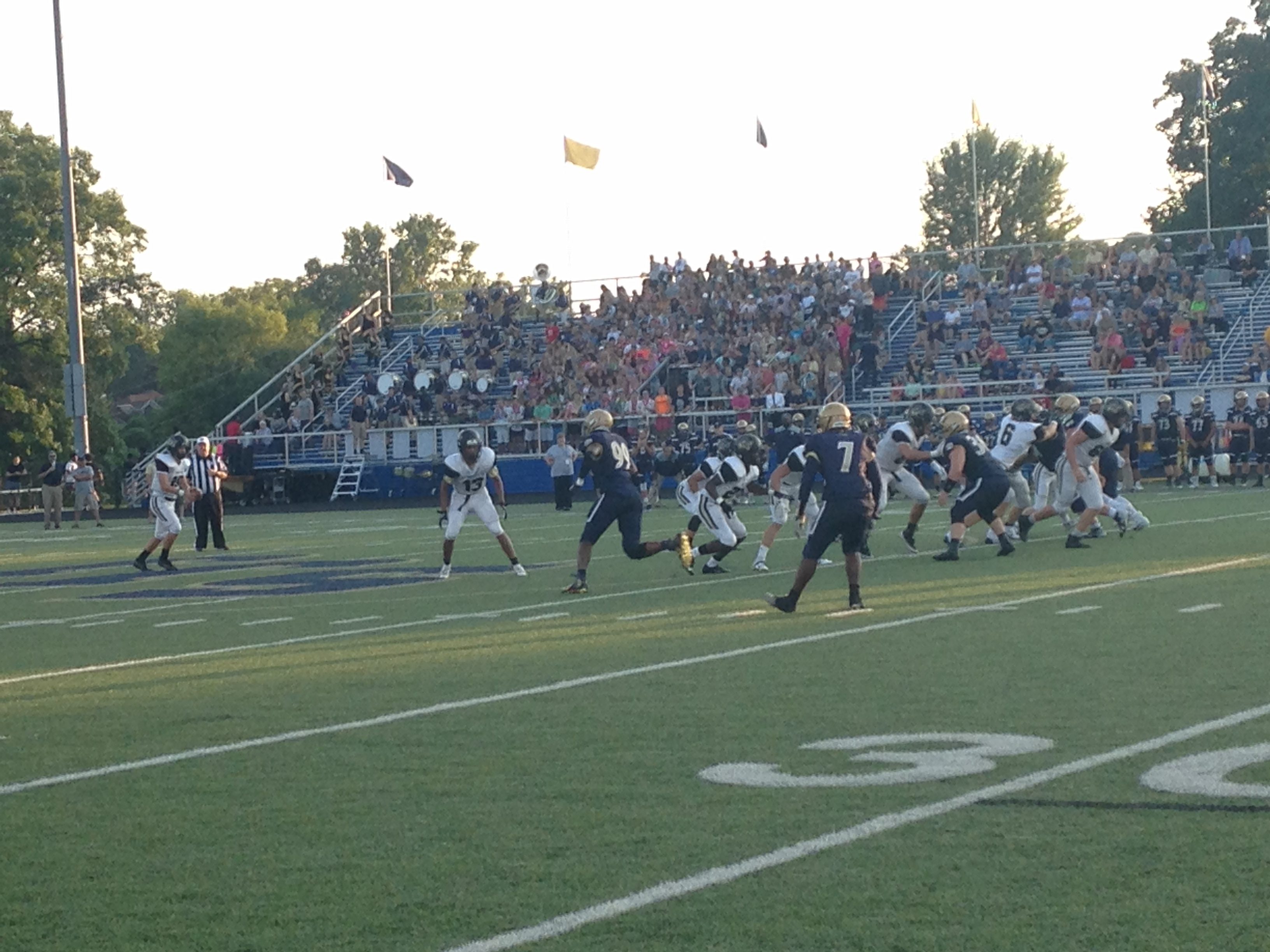 Friday the 31st of August marked the second varsity game for Perrysburg football, and after the loss to Dublin Coffman the week prior, many students were interested in how the Jackets would do against Saint John’s.

Sadly, the Jackets would lose 7-14 to the Titans, etching in a second loss to the Jackets’ season.

Cade Zimmerly, defensive tackle #70 on the Yellow Jacket roster, said after the game, “We need to work on people who don’t normally step up, to step up, and play people who have gotten hurt, like our quarterback.”

However, I would be lying to say that the game wasn’t entertaining.  The Jackets student section showed great enthusiasm and electric energy throughout the entire game, keeping up school spirit regardless of the final score.

The first quarter started with a kick-off to the Jackets, followed by a hard-fought battle, ending 6-0 for the Titans. Six flags thrown against both Titans and Jackets.

The second quarter started with the Titans at the 50 yard line, with a flag (holding) on the very first play. This set them back 15 yards, which Jacket fans could say helped boost the spirit their team as they would continue to push and push the Titans.  Perrysburg scored a touchdown, but with a flag on the play, it didn’t count. With less than 44 seconds on the clock ’til halftime, the Jackets would score a touchdown. This quarter again would show the trend of flags and incomplete passes, with one incomplete pass costing the Jackets a touchdown and another costing the Titans a touchdown as well. At the end of the first half the source was 6-7 Jackets.

All throughout this game, the Jacket student section was electric.  The chanting and hype on our side far surpassed the mostly silent home side.

A very exciting moment of the game occurred in the third quarter when Saint John’s made a pass that was luckily stopped right at the one yard line. Our Jackets were able to hold them there for another play with the ball only one yard away, but the Titans eventually scored.  More drama was still to come.

The Jackets strained to stop the Titans’ march, forcing a turnover at 4th and 4 for the Titans. However, the Jackets suffered a turnover as well,  allowing the Titans score once more with a solid kick to boot. The score was 19-7 Titans, with the Jackets in a panicked state.

The Jackets then fumbled the ball, giving Saint John’s possession.

In the end, the Titans would reign victorious over the Jackets with a score of 19-7. This game would leave a scar on both teams, with player injuries on both sides, some severe enough that athletes were escorted off to the sidelines.

Aidan Pratt, a freshman player,  chimed in, saying “This week we just need to work on executing better, and on defense we need to work on making sure when we tackle, we keep our head up.”

In the end we will have to wait and see how our Jackets continue their season, and we, as students, must continue to show our electrifying spirit and support throughout all of our fall sports.

Correction: An earlier version of this story stated that St. John’s was the first league game of the season.  Saint John’s is not in the Northern Lakes League.