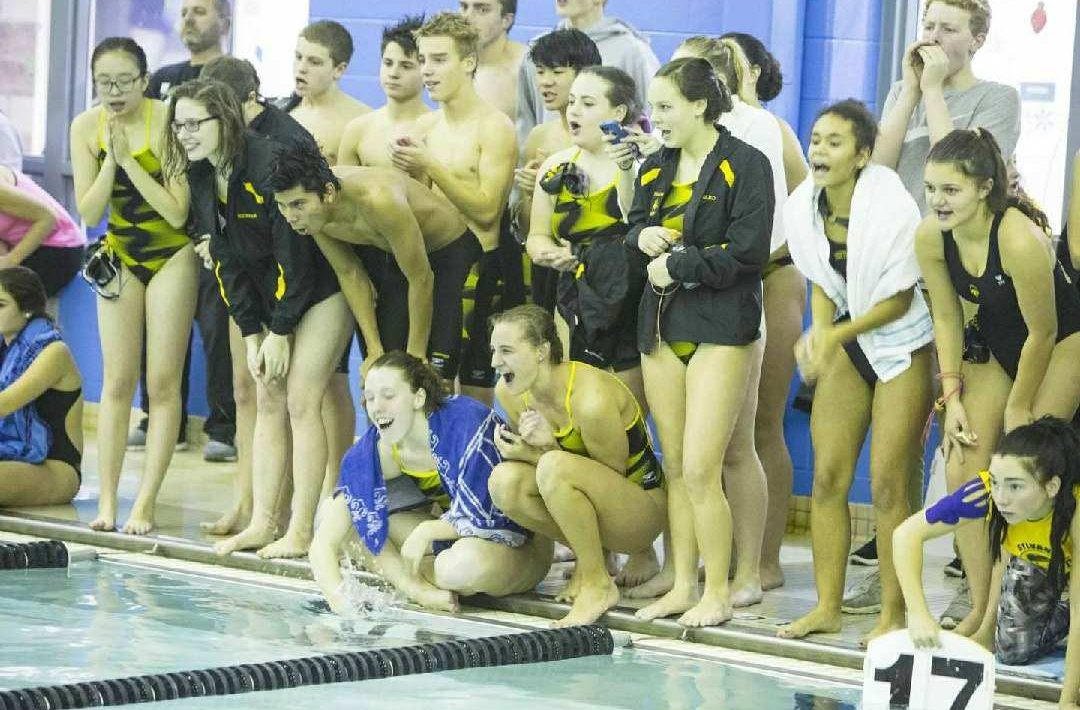 Imagine hanging out with friends on a hot summer day by the pool.  Now imagine spending time in the pool training for something much bigger.

Helena Hickman is a senior and one of the girls swim team captains. This past season, she earned 2nd team honors at NLLs. She also placed second in the 100 freestyle at sectionals, and she qualified for districts in the 100 breast and 100 free, as well as for the 200 medley and 200 free relays.

She explained how the winter swim season went overall for the team.

“We had a lot of new swimmers join the team and that’s always really exciting. Seeing their transformations from the beginning to the end of the season was really cool.  Not only did they become faster swimmers, dropping unimaginable amounts of time, but they became more experienced swimmers,” Hickman said. “Our team couldn’t have done as well as we did without all of the new swimmers this year.”

I also talked to Nicole Dibling the other girl’s team captain who said, “Both the girls and guys all had strong showings at meets, and a lot of people swam their personal bests.”

Hickman also explained how this season the team focused on more than just scores but also on how the team bonded.

around. The swim team was a really positive force this year. We lifted each other up when we needed it and we supported each other no matter what.”

Another great form of support came from the swim team coaches, “We have our hardworking head coaches, Chuck [Salmon] and Malcolm [Fisher] and our wonderful assistant coach, Jessica [Sudnick]. Not only do they do whatever they can to improve our swimming abilities,  but they want the best for you,” explains Hickman. She also explained that the coaches are so vigilant that sometimes they catch when the swimmers are sick before the swimmers do.

Although winter season is over, these swimmers are not really done in the pool.  You will find most of them head back to the pool on summer team as early as May.  They will use these summer months to keep their bodies in shape while perfecting strokes.

Hickman explained that during the summer she can, “use the season as a training season rather than a results season. It keeps me in shape and helps me maintain my muscle memory and technique between high school seasons.”

She also explains that summer season is, “a more relaxed season than winter” where she practices during the mornings so that she can have the rest of the day to enjoy the warm summer weather.

Dibling spends her summers a little differently than most swimmers. She is on the water instead of in it, spending her summers conditioning and preparing for the fall rowing season with Perrysburg.

With such a great winter season this year, I can’t wait to see what the Perrysburg swim team is able to accomplish next winter season. They will definitely be a team to watch.