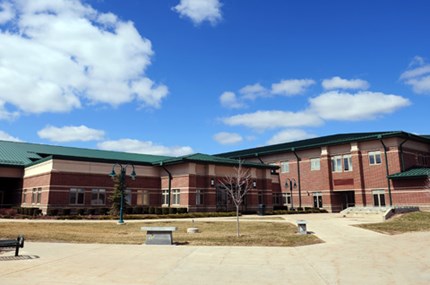 Some students haven’t noticed a change at all — none of their morning routines changed, nor did their afternoon schedule. “I get up at six anyway,” says senior Molly Walters, “nothing changes for me this year.”

Students have informed Superintendent Tom Hosler of their feelings toward the start times on various occasions. Mr. Hosler said that “it’s kind of a mixed bag. So, what I hear from students in general, I would say most say they like the mornings coming in…[their] mornings are much more relaxed… And then I have people say, ‘I really like the mornings, but I don’t like getting out so late.’

For staff, I think it’s the same kind of feedback. It’s just a little bit more of a challenge for some staff with smaller kids who might not live here in the district. It took some adjustment. Some of their kids are in daycare maybe a little bit longer.”

Hosler also notes that the later start times provide more health benefits to students. “There were a couple of big reports since we switched that came out like the American Medical Association saying that states should pass laws that high school can’t start before 8:30 AM.”

The effects of how the start times have changed for student attendance have yet to be calculated. Mr. Hosler said that “we’re collecting the number of absences and tardies.  I have to apply some statistical analysis to this — the research says they decrease. So, when I got them, compared to last year, we had like 100 more days missing… You can’t just look at the raw numbers, so we have to run a little statistical analysis to see what it looks like per pupil.”

The schedule change has brought about a variety of adjustments to student life outside of school. Sports practices have been pushed back to later times which also affects how late students then have to stay up for homework and possibly other extracurricular activities.

Kayla Williams, a junior at Perrysburg High School, says “I’m very angry because it shortens my swim practice after school, so I’m not getting as much work in. Instead of starting at 3:00 PM, we start at 3:40 and we can only swim until 4:45 because that’s the longest we’re allowed to swim.”

“I mean it’s nice waking up later, but I don’t like getting out later,” said junior Alyssa Bengela. 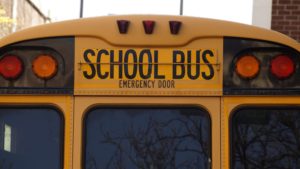 The addition of Hull Prairie Intermediate School has also caused time adjustments for the district.

According to Mr. Hosler, “the junior high and high school rode together because we pick up all the four corners of the district and bring them to those locations. The elementaries are different because we don’t pick up right around the elementary buildings because those kids walk. So, those buses go to those outlying areas and bring them in.”

Despite the endless adjustments that the buses need this school year, Mr. Hosler believes that “we’re in better shape now.” He goes on to explain that, “we’ve made some mistakes. And some mistakes that we’ve made was we should have done a better job of communicating with parents. We also didn’t do a good job of communicating with parents as the changes were happening. So what we do now is we have a list of everyone who rides the bus in the morning and in the afternoon, and the school connects where we send out a message like if we have school delays, so we can send one to “bus 51.”

The Perrysburg Exempted Village Schools district has certainly made quite a few adjustments this year with both the school start times, and the buses, but the effects from both implemented systems have been fairly balanced and are more than likely to remain in effect for the future.