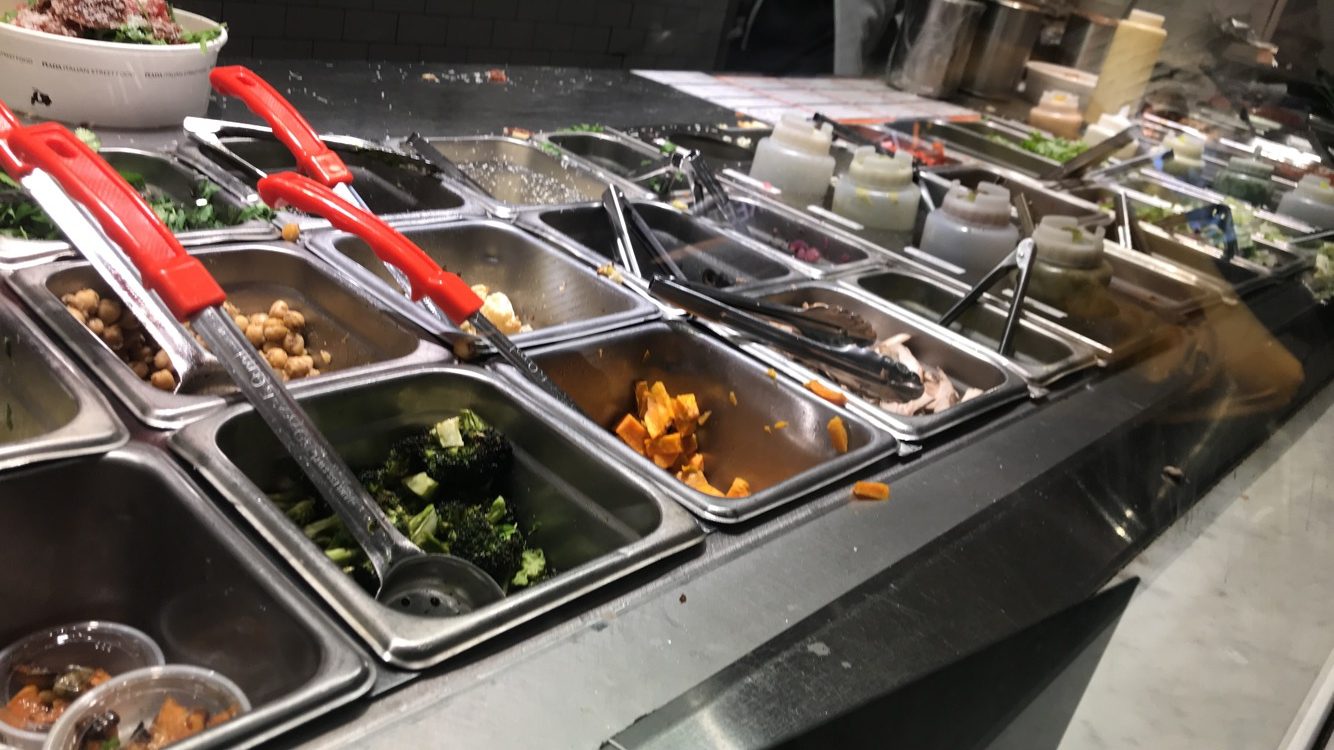 Have you ever wanted a big bowl of pasta, but didn’t want to wait for it to be made? Whether it be waiting at a restaurant or waiting at home for it to be made, a pasta craving can overcome any kind of patience that a person contains. Luckily, there is a perfect local place to not only satisfy your pasta craving but also do so quickly and swiftly.

Piada Italian Resturant, located at 3330 West Central Avenue, Toledo, and was founded in 2010 by Chris Doody and offers a variety of meal options for every Italian craving. Their menu features a variety of food ranging from pasta to salads to wraps. I did not try each of these menu items at the time due to a limited budget, but there are options for non-pasta lovers.

When I walked in I was surrounded by a calm and placid atmosphere that was just as welcoming as my home. Despite a line being present upon my arrival, I made my way to the front in just a few short minutes.

Just like Chipotle, I ordered the meal option that I was going to customize, a create-your-own pasta bowl. First I picked what sauce I wanted on my bowl. The choices for sauces include Parmesan Alfredo, Spicy Tomato, Basil Pesto, and Original Pomodoro (tomato). After choosing the Parmesan Alfredo sauce, I picked grilled chicken for my protein. Alongside the grilled chicken, other options include calamari, shrimp, steak, meatballs, chicken fritte, Italian sausage, salmon, and porchetta.

After I had the chicken added to my pasta, I was able to add any extra veggies, cheese, or meat to my bowl. Some notable additional toppings include, but are not limited to, pancetta, spinach, arugula, broccoli, black olives, roasted red peppers, sun-dried tomatoes, bruschetta tomatoes, mushrooms, mozzarella, and much more.  I added a Piada pepperoni stick and a blood orange tea to my order. All three of these items were $14.76 without tax.

I was very excited to try the bowl because I am an avid pasta lover, and I must say that I was not let down in any way. The pasta itself was just like regular spaghetti. It was cooked to perfection and

had the desired firmness. The chicken was cooked flawlessly as well- not only was it cooked for the right amount of time, but it was also juicy and flavorful.

All of the fresh vegetables added on top were the highest quality possible, none of them appeared to have been frozen or canned, and none of them appeared to have any kind of physical defect as a sign of spoiling either. The sauce was not as strong as I thought it would be for an Alfredo sauce, but its consistency was pleasant. Overall, I would give the pasta a 9.5/10.

The Piada stick, though it may have a fancy name, is actually quite easy to describe. A Piada stick, as Piada states on their menu, is a “Baked Piada dough (filled) with pepperoni (or parmesan cheese), hand-rolled and served with creamy parmesan.”

In other words, it was a large, slim breadstick filled with either pepperoni or parmesan cheese. I chose the one with pepperoni and chose to have the creamy parmesan sauce on the side.

Not knowing what exactly this would taste like, I was presently surprised by a soft and chewy consistency and cheesy flavor. The pepperoni within it was not overwhelming and was just the right amount inside to add extra flavor to this scrumptious breadstick. The sauce on the side was very similar to ranch dressing and not exactly what I’d label as a parmesan sauce. For the breadsticks, I’d give it a 10/10, but the sauce I’d give an 8.5/10 due to the fact that it was delicious, but not a parmesan flavored condiment.

Finally, for the tea, it is both sweet and refreshing. The flavor was not overwhelming and was well worth the price. Overall, I’d give the tea a 10/10.