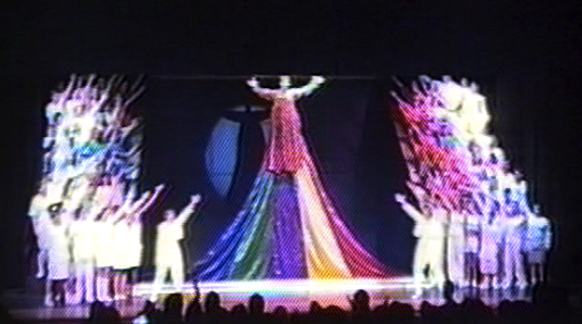 Almost every student carries headphones at Perrysburg High School. Not only are there many music consumers, but there are many music programs offered at the high school as well, such as band, orchestra, and choir. A great way that Perrysburg utilizes its abundance of musical experience at the high school is through the annual school musical, whose audition dates are steadily approaching.

According to an article from the Washington Post, more than 25% of Americans have a fear of speaking in public, which can certainly translate into musical theatre. And while it seems nerve-wracking to perform in front of large audiences, the benefits of musical theatre can far outweigh the nerves that accompany it.

Musical theatre is comprised of three sections: singing, acting, and dancing, An article from figur8.net lists the benefits of each practice. Singing and learning an instrument, like vocal performance, has been proven to develop concentration and memory, along with training the brain in language and reasoning and improving communication and social interaction skills. Acting has the same benefits of better communication and memory, along with giving participants the skills of perspective taking and collaboration with others. Not only can these skills be helpful on the stage, but music and theatre students can take these qualities into the working world to become successful as well.

Dancing is a physical activity and has the benefits most corresponded with sports. Dancing will keep your body active, improve strength and flexibility, improve posture and balance, reduces stress levels and also depression.

There are major similarities in what people can gain by participating in the arts across these three disciplines. Performing requires a trip into a different world, creating an outlet for learning different cultures and time periods outside of the classroom. Performing also builds creativity and confidence.

With all the proven benefits of musical theatre, there’s no time like the present to become involved in the theatre program by trying out for the musical. Not only can you audition as a performer, but there are also technical positions for those who want to work behind the scenes and a pit orchestra for band and string members.

Drawing from personal experience, the spring musical is not an opportunity to pass up, as there is so much to gain from the experience of even one show in the drama department.

This year’s spring musical is Joseph and the Amazing Technicolor Dreamcoat, a multi-genre musical with lyrics by Tim Rice and music by accredited composer Andrew Lloyd-Webber. It follows the biblical story of Joseph and his coat of many colors.

Audition dates for the spring musical are January 29th and January 30th. For those who weren’t able to make the recent Joseph movie night drama club hosted but still want to see what the show is like, included are some of the set photos from previous productions of the show at Perrysburg High School.