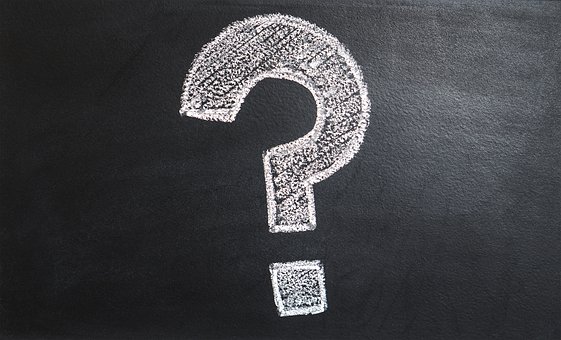 According to The Enliven Project, out of every 1,000 rapes committed, 100 are reported, 30 go to trial, and only 10 lead to a conviction. Their website also says that only 2 of those 1,000 are found to be falsely accused.

Rape culture is an environment where rape and sexual assault are not necessarily accepted, but where assailants are excused and victims are blamed.

When a woman says she was raped, she is often blamed: “She was drunk,” “What was she expecting going out dressed like that?” “She shouldn’t have led him on,” “Have you seen the pictures she posts?” or “She was asking for it.” These comments are usually coupled with excuses for the accused: “But he’s usually such a nice guy,” “He was drunk,” “He has such a promising future.”  For some, drunkenness excuses bad behavior; if victims are also drunk, they are condemned.

Rape culture does not mean that everyone is tolerant with rape.  It exists when rape is the punchline of a joke, a threat made online, or used as an analogy for business and sports losses. Even TV characters like Glenn Quagmire and Herbert on Family Guy just go on to prove this point by making blatant, aggressive and unwanted sexual advances and rape jokes while still being portrayed as the “good guys.”

Perrysburg High School has made Speak by Laurie Halse Anderson part of freshman curriculum. These book advocates speaking out about assaults and to end victim blaming; it follows the story of a young girl dealing with anxiety and depression after being raped.

Even school dress codes (not Perrysburg specifically) preventing young girls from showing their skin because “they are distracting” or “inappropriate” only encourage the societal standard that women and how they dress are to blame for another’s actions; ie., another student not focusing. This also teaches young girls that society sexualizes their bodies even as children. Applications of dress codes are not used to encourage a professional working environment because students can still show up in what are virtually pajamas. It is teaching young girls that their bodies are something they should be ashamed of.

Something more recent happening in the news is the Harvey Weinstein scandal. More than 40 women have spoken out saying that they were sexually harassed or assaulted by the movie mogul Harvey Weinstein. This prompted a sort of protest happening all over social media; women who have experienced sexual assault or harassment in their lives, no matter how small of a story, post the hashtag #MeToo. Looking through the tag, it paints a chilling picture of how widespread this actually is.

According to a survey on BBC Newsbeat’s Twitter, 41% of men aged 18-24 say that women are to be blamed for their assault if they are intoxicated or wearing a short skirt. Rainn.org says that an American is sexually assaulted every 98 seconds and that a man in college is 5 times more likely to be assaulted than a non-student. One in six women will be the victim of an attempted or completed rape in her life. Headlines like “Child Rapist Walks Free: Man Who Admits Raping Schoolgirl, 12, Walks Free Because He Thought She Was 16’” and “Oxford University Students Who Sent ‘Sorry for Raping You’ Text Walks Free” are an unfortunate, yet common occurrence in the media.

A woman named Nafisa Ahmed on Twitter used simple analogies to beautifully describe the difference between rape and consent in five tweets:

“If I let YOU borrow $5, that doesn’t give the right for your FRIEND to take $5 out of my purse…”

Wagatwe Wanjuki, a feminist activist, writer, speaker, and digital strategist best known for her work as a national campus anti-violence advocate, said: “If someone can be kicked out of school for copying a paper, a person should be kicked out of school for raping another human being.” Brock Turner, for example, was referred to often as an “athlete” in the news instead of an alleged rapist during his trial and only served three months of his already lenient sentence.

Catcalling is also a form of rape culture and accepted harassment; catcalling is not flirting and is not wanted.

Women are overly sexualized in the media in order to sell almost any product, but things like breastfeeding are seen as obscene. Many people think that men cannot be raped, that men cannot be victims of domestic abuse; this leads to assaults not being reported and victims suffering in silence.

Rape is not caused by the clothes that a victim wears, or the amount of alcohol they’ve consumed, what they said, if they’ve posted provocative photos, or who they’ve dated in the past. The only thing that causes rape is rapists. Men get raped too, children get raped, women in wheelchairs get raped, women in Burqas get raped, elderly women get raped. So many women don’t even come forward to report an assault; the victim blaming in our society has to stop.

Other Stories by Chelsea Fisher