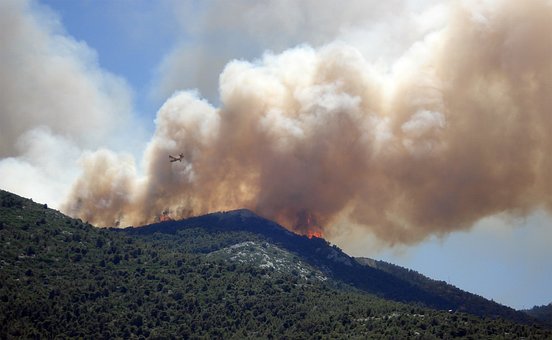 Don’t worry: climate change has nothing to do with the fact that Texas and Southeast Asia are underwater, the West Coast is on fire, Idaho is being destroyed by earthquakes, and we have two more tropical storms and a hurricane forming.

So many people adamantly refuse and trash climate change, they brush it off as a junk theory. Ordinary people should not just ignore what scientists say; they have not done the required research and do not have the same credentials.

To give some perspective, Hurricane Harvey reached level three and Hurricane Katrina was a level four; Hurricane Irma has been fluctuating up and down from level five.  Irma is currently devastating islands in the Atlantic is headed towards Florida. Even with their “lower” levels, Harvey claimed 70 lives and Katrina neared almost 2,000. New Orleans is still recovering from the 2005 storm physically and financially. The results of Hurricane Irma hitting Florida, unlike Texas or Louisiana, could be more catastrophic because Florida is a peninsula. Hurricane Irma is currently the size of Ohio, and still has the opportunity to grow. Rumors are surfacing of yet another hurricane forming off of the coast of Africa, possibly to be named Lee.

To make matters even worse, FoxNews reported that tropical storms José and Katia both strengthened into hurricanes earlier this week. According TheGuardian.com, José is almost up to a level five as well,

On September 5th, NBC News published an article saying, “More than 100 aftershocks have rattled southeastern Idaho since a 5.3 magnitude quake hit near the town of Soda Springs late last week.” As of September 5th, The Idaho State Journal said that there had been 141 earthquakes since the previous Saturday. An earthquake with an 8.1 magnitude hit Mexico on September 7th, the largest the country has seen in a century. CNN reports dozens were killed.

Even NASA has reported on the dozens of wildfires along the West Coast.

An article from The Los Angeles Times reads, “Six people died from heat-related illnesses amid a record-breaking hot spell…”. The New York Times describes countries all of Europe, such as France, Spain, Italy, Romania, Serbia, Slovenia, and Portugal all being effected by a heatwave deemed “Lucifer.”

Not only is Texas still flooded as the aftermath of Hurricane Harvey, but, “since June, more than 1,200 people have been killed across India and Bangladesh following the catastrophic flooding which has spread across both countries, affecting more than 41 million people,” according to CNN.

This year Asia’s monsoon season has sent devastating floods have hit Japan, Myanmar, China, and India. The heavy rainfall events in Asia are predicted to increase by 20% in the next 30 years according to the Commonwealth Scientific and Industrial Research Organization.

With all of these natural disasters going on one could be led to believe that maybe the climate has changed.

*The information in this article is likely to change due to constant changing weather patterns; all information was accurate as cited at the time of publication.