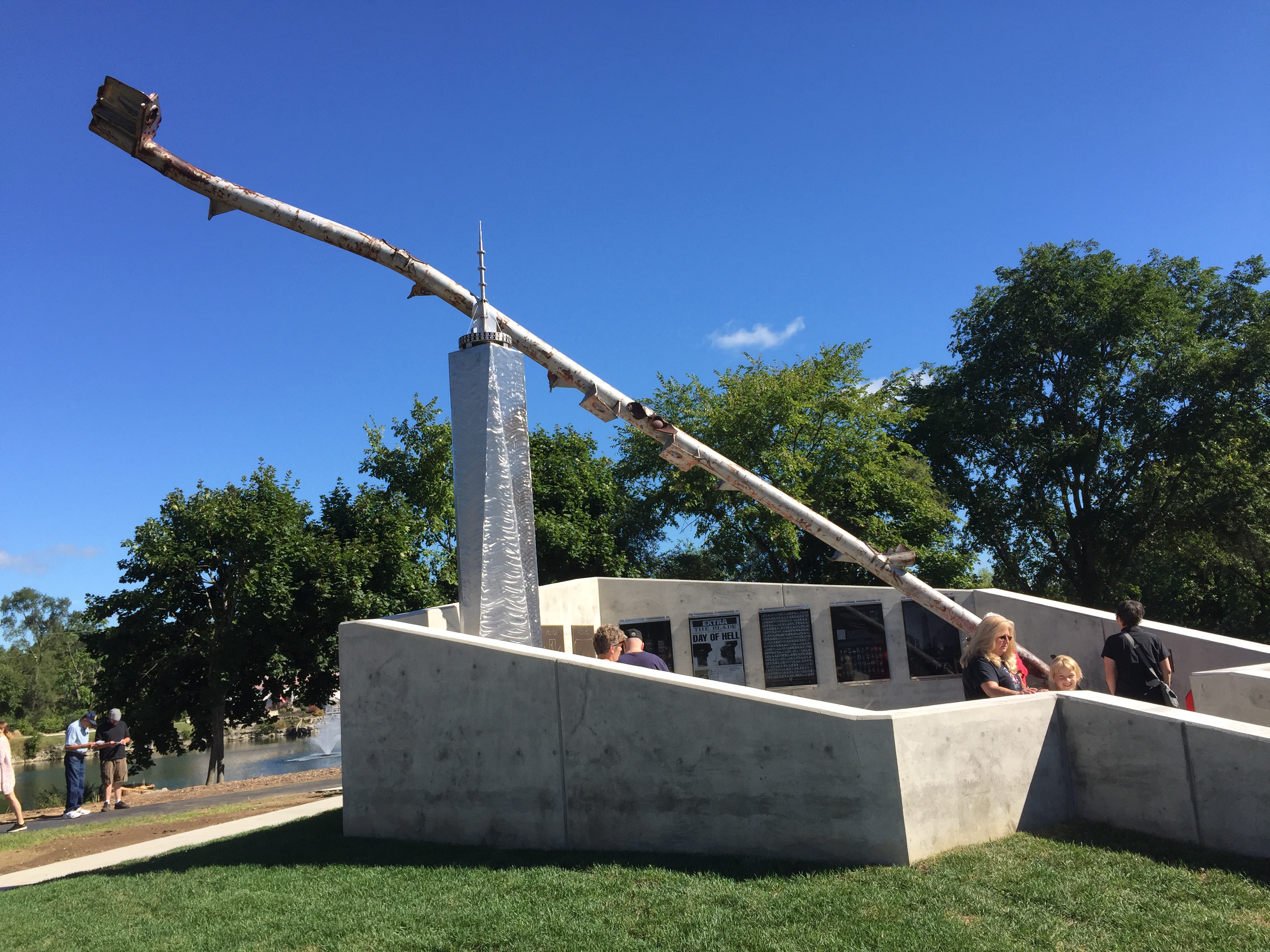 As the day of September 11th [2001] began, Americans everywhere awoke with question and uncertainty. However, the question that was on everyone’s mind was, will today be a day to remember the dead and celebrate the living, or would there be a day of tension and fear with another terrorist attack? Thankfully, nothing happened that day. Americans proved to be a strong nation after all. Such a broad sense of true patriotism filled the country. September 11th has made it hard to deny we are all proud to be Americans.

President Bush visited the Pentagon, New York City and Pennsylvania and gave speeches for all of the families of the victims to remember all who were killed. At the end of the day, President Bush seemed exhausted from flying around the United States.

In New York City, spectators were allowed in to Ground Zero to bring flowers and gifts to the dearly departed. Church bells rang throughout the city at the time the north tower had fallen one year before. Police officers and firefighters stood silently along the streets shoulder to shoulder, bowing their heads to remember their co-workers and friends who had died to save lives. At the Pentagon and in Pennsylvania, memorial services were held for the families and friends of the innocent victims.

In Toledo at Fifth/Third Field, gates were open to the public so they could pray and sing together, and a giant American flag was spread across the outfield.

On 9/11 [2002] at Perrysburg High School, a sense of security hung in the air. Students wore red, white, and blue to display their patriotic character. Senior Melissa Gerber read a speech at the beginning of third hour to commemorate the day. Senior Janet Lawless sang out or national anthem as every class stood in silence facing the American flag.

That day was a day of remembrance; a day of pride.