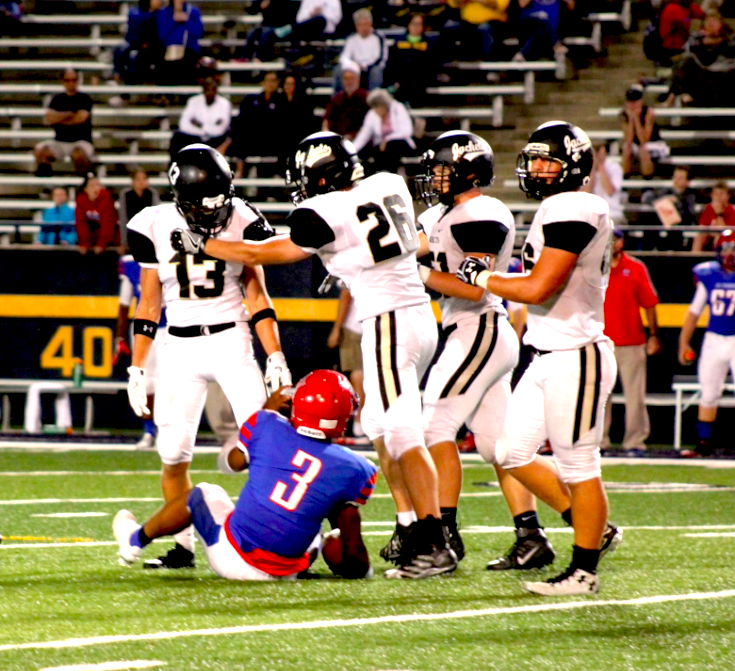 Coach Kregel of Perrysburg football has not given up hope on being able to start next year’s win streak. The recent victory over Maumee has given the Jackets some hope for the 2017-18 season. While there were wins in this year’s season, there were some major setbacks in the process.

“We have to get our players bigger and stronger, and the other factor this year was injuries. We had 2 ACL tears, 2 broken legs, torn muscles, 5 concussions, and that just added up on us,” says Kregel in a recent eSomethin interview.

Kregel wants to improve the strength and agility of the players through weightlifting sessions and sprint trials.

The players have high hopes for next season as well.

Freshman defensive end Austin Collins says, “I think that because the freshman and sophomores have a little more experience under their belt, that they’ll be able to excel and do a little better next year.”

After being asked what he thought of his team’s performance, junior wide receiver and defensive back Brady Thomas stated, “I think we had a pretty productive year with the fact that we’re a younger team, so we were able to do good with the cards that we were dealt.”

Offseason training is a big part of improving skills and strength for football.

Coach Kregel commented, “ Once we start in June… we usually get about 80 kids per workout so we have to split into different groups. So one group will just work on weightlifting…then we’ll have a sprint station… then the last session is strictly conditioning.”

Thomas said, “We have a lot of lifting in the morning pretty much every day in the summer and then we’ll have some 7 on 7 practices against other schools in Northwest Ohio.”

Kregel gave a bit of insight into who he believes will play very important roles in the next few years for the Jackets, and many of the players that he spoke very highly about are underclassmen. He stated, “Drew Sims did a great job this year as a starting quarterback as a freshman. I think he exceeded expectations.”

Kregel also noted that many sophomores such as Tyler Detterman, Carson Gulgin, Ethan Garee and Carl Conley will be even better in the next few years as they begin to grow. Kregel seems to believe very highly in the value of young players.

Kregel also gave his opinion on who he thinks is the best college football team. Despite being an Ohio State fan he said, “I think without a question Alabama is. Defensively, I think they’ve scored like 10 touchdowns this year and that’s unheard of.”

Don’t worry though Ohio State fans. Coach Kregel is still on your side by commenting on the Buckeyes, “They’re as good as anybody else and we saw a couple years ago with their win over Alabama in the first round. Once you get to the playoffs, it’s anybody’s game at that point. Ohio State has the athletes at least to compete with Alabama… they’re as well suited as anybody to knock somebody off and have an upset victory.”