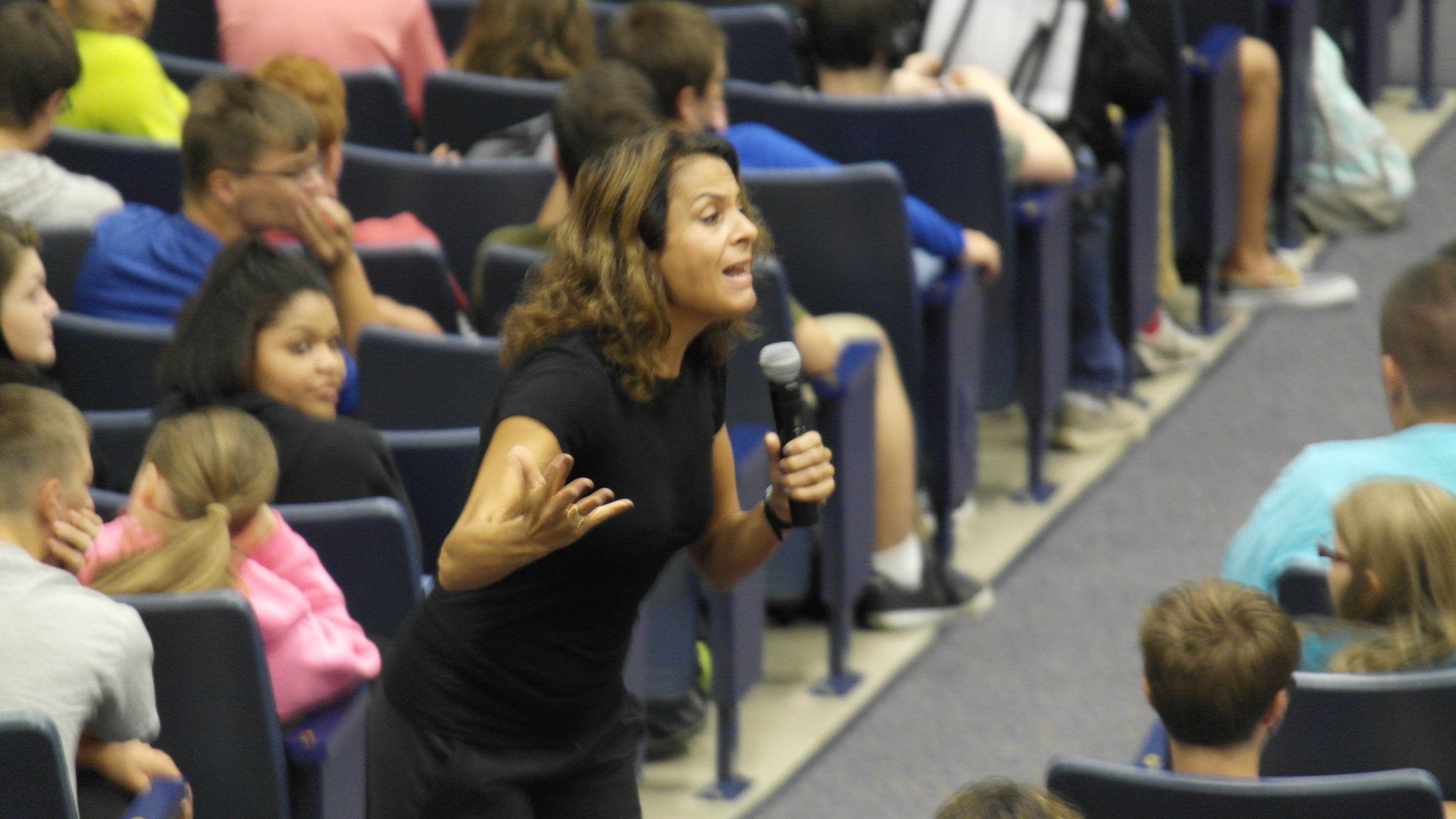 There seem to be mixed opinions in the air about Perrysburg High School guest speaker Jodee Blanco.

On one side of the scale, Blanco touched the hearts of her audience and even moved some to tears.

Others didn’t feel that way and might even be a bit skeptical. They may have seen her story as a bit too detailed and unrealistic. Some thought that the details of her speech were a bit too spot-on for someone who was talking about an event that happened in their high school years.

The truth is up for people to decide for themselves, but a guidance counselor’s reaction to the speech, may provide a good starting point on the journey to clarity.

Burks’ reaction to Blanco’s speaking skills was superb. Burks said, “I felt as though the way she addressed the audience was very good, because she wasn’t speaking at the audience. She was actually engaging the audience by telling a story about her life, and how the things that she had been exposed to and experienced, and how it affected her.”

In terms of Blanco getting her message across the right way, Burks felt that Blanco did well for the population she was addressing. Burks did agree that some things did not seem realistic, but said that Blanco ultimately kept the audience engaged and that was what mattered.

When asked about what she thought Blanco’s message was, she replied with, “I felt that the first part was just to talk about being aware of our peers and the people around you and how they feel and what they may be going through, or to understand that there are people who may be going through the same thing, and don’t feel that they have anyone that they can really reach out to.”

She says that Blanco might have been trying to get students to take more of an empathetic role and how to be a supportive character instead of a bystander.

With regard to the accusations about believability, Burks says that it all depends on one’s perception of an event. One’s person’s point of view is going to be adversely different from another person’s.

In Burks’ words, “When a person is traumatized, I will say, when they go through  a traumatic experience, sometimes the recollection that they have, isn’t always the way that it may have happened, or the way someone else may have seen it, but it is how they remember it.” Burks says that it is also a possibility that, because Blanco is a writer, she may have exaggerated some things as to make her audience visualize and truly be engaged listeners.

With some of this newly provided insight, from one of the great minds of our school, hopefully it provided some good starting points to get your mind thinking.