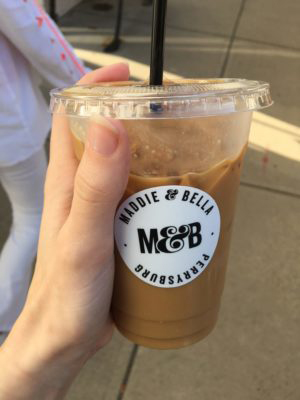 Do you want to spice up your coffee life?  T 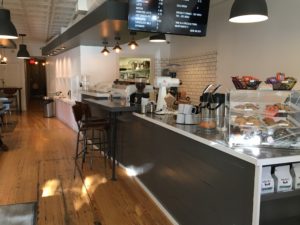 ry something new for a change? The perfect place is just minutes away: Maddie & Bella Coffee Roasters!

I stopped into Maddie & Bella’s for a quick interview with the workers, and as soon as I walked in, I fell in love with the atmosphere of the shop. The smell of freshly brewed coffee, the artwork, the style of the store, it was all very welcoming. Jacob Parr and Tiara Brock, the baristas of the new coffee shop on the block, so kindly agreed to take a few minutes to discuss what Maddie & Bella’s was all about.

“The owners, Rich and Trisha Jambore roasted the coffee out of their garage. What started out as a hobby years back ended up becoming a passion for them,” stated Parr.

“They started sourcing their coffee out to local retailers, and then within the past year they opened up a shop in downtown Toledo, and then about two months later, this one (Maddie & Bella) opened up when Parker closed down.”

Parr began to describe that Maddie & Bella’s had the freshest coffee you can get.  Who couldn’t resist that? As a coffee lover myself, I couldn’t help but want to know more. “We have a very traditional, simple menu that gets down to the basics,” Parr continued. Alongside having the option of freshly brewed coffee, they had a very ambrosial food menu to accompany your beverage! The mother of the owner, Susan Jambore, comes in every morning to both locations, and bakes homemade scones, homemade cookies, and muffins, all freshly baked every morning, mmm mmm good!

“A lot of the recipes that we have are old family recipes,” stated Susan Jambore herself, the mother of the owners.

Further having the opportunity to interview Jambore, we began to discuss the beverages they offer, and how Parr contributes with coming up with amazing new drinks for the shop. She also discusses some interesting facts with me about their labels and what they signify: “We have new bags and new labels that will be coming out, where it’ll make it easier to find the country and origin of the coffee. The origin and countries label will be one single color, so if you’d like to come in and want an Ethiopian coffee, and maybe the label would be green to show that the coffee is from Ethiopia.” Jambore further then conferred, “what we really do is single origin coffee. We want people to learn about single origin coffee’s.” I was also provided with some captivating information about what single origin coffee was, that it’s coffee that comes from a specific region and has specific flavors, almost like wine. Tiara Brock also adds in, “It’s really helping the knowledge part on the customers.”

“We are keeping all of our drinks local and organic,” stated Parr. 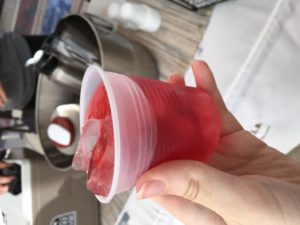 A few of the drinks I tried were Wildberry Hibiscus Tea, and a Lavender Vanilla Iced Latte. Both drinks were flavorsome, refreshing, and every sip was greatly enjoyed, I highly recommend both beverages! To wrap up the interview, Parr finished with an impacting fact: “there’s two locations, but we’re all one team with one goal, to bring a better product to the city.” And with that, what I thought was just a simple coffee shop, was actually a passion that simply started in a garage, and turned into a goal to provide fresh product to the city. My knowledge was expanded about Maddie & Bella’s, and if I were you, I would give it a go, change up your morning coffee routine, and swing into Maddie & Bella Coffee Roasters. Experience a new coffee journey!