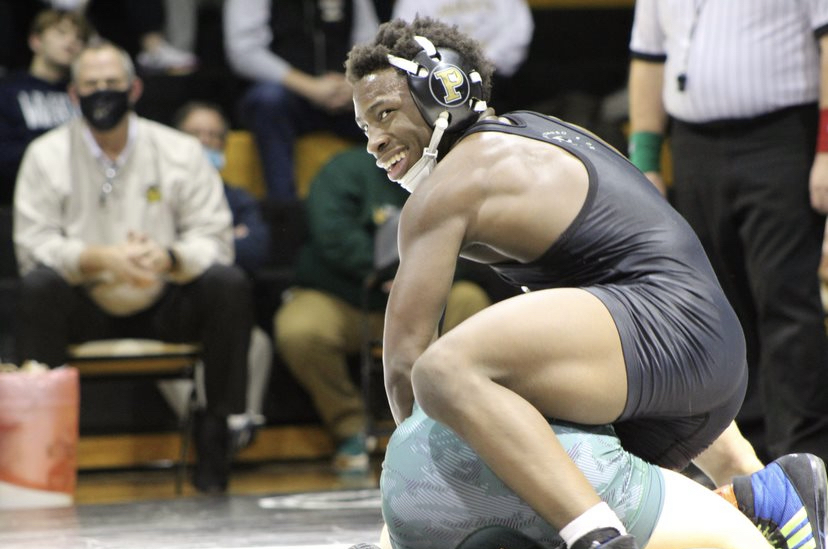 On January 7th and 8th, the Perrysburg High School wrestling team hosted the 50th annual Perrysburg Invitational Tournament (PIT). A total of 47 teams came together to compete at this year’s PIT.

Perrysburg featured a wrestler in all 14 of the weight classes, eight of which placed, five of those made it to finals, and four of whom placed 1st in their classes.

Avalos said his goal for PIT was to “win it, because my [sophomore] year I took second.” Avalos was able to accomplish his goal as he placed first for the 106-pound weight class.

Head coach Scott Burnett, said “I feel PIT went really well. I feel like our kids wrestled really well. They are taking themselves out of their comfort zones. They are trying to score a lot of points.”

Burnett added that the wrestlers “are just continuing to get better everyday. With the overall goal to be in contention to win a state championship as a team and make history for our program and our area.”

Myles Takats said that, “Our team has really shown out a lot more than I thought they were going to do.” Which can be seen in the results of the team as a whole. The team repeats as PIT champions in the 50th Annual PIT.

This season the jacket wrestlers have continued to improve and work hard; while this was a great win for the team, now the wrestlers have something else on their mind: win states.