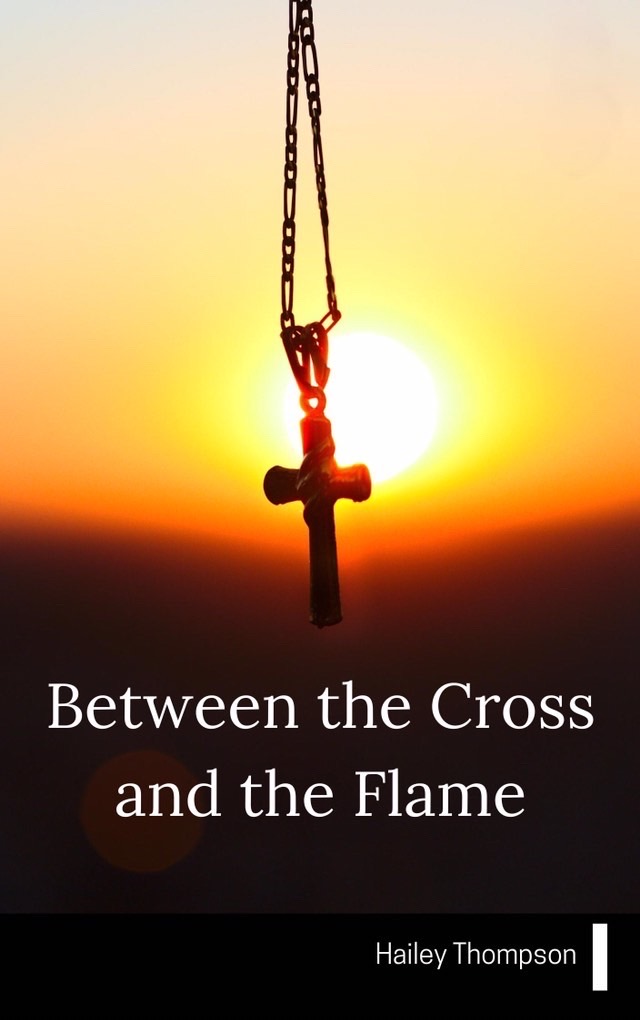 Any ordinary student might agree that it is already hard and stressful enough being a full-time high school student, but imagine writing and self-publishing a book at the same time.

PHS senior Hailey Thompson just published her first novel “Between the Cross and the Flame” just a few months ago.

Buy a copy of Thompson’s book

Thompson has been writing since her freshman year of high school, but never imagined she would be teenage author. She said, “It’s something that I’d always wanted to do, but I never seriously thought about being an author before I’d even graduated college!”

“Between the Cross and the Flame” is a fantasy novel that is structured around teens who travel to Jerusalem in an attempt to find answers, but get involved in a supernatural war.

Thompson said, “It’s up to them to determine right from wrong, good and bad, before the war wipes out all of humanity.”

According to Thompson, “There are three main lessons I hope for readers to get out of this novel: 1) You cannot choose your family, but you can always choose how to treat one another; 2) There is so much bad in the world, but it’s up to you to determine how to hold onto the good; 3) All it takes is a little kindness, and you could change someone’s life.”

Thompson said that as teenagers grow up, “the line between what is right and what is wrong and what ideas are acceptable and what are not is blurring” and it’s up to us to decide what we believe and hold strong for our ideals.

There are five main characters in the story of Thompson’s book. Mavet and Chaya are amnesiacs who show up on the doorstep of a 17-year-old soccer player named Haniel. Haniel’s two friends, Del and Irvin, join them in their journey to Jerusalem.

Thompson designed each character to be different from one another, but still having them connect and “fit together” somehow. She says she wrote them to be real.

“There’s bits of modern humor, and there is a ton of diversity (multi-racial/cultural and LGBTQ+, specifically), so everyone can find a character they can identify with.”

Thompson says the idea really just, “popped in my head. I played with it and flipped it upside down, then eventually molded it into what it is today.” She thinks she was also probably influenced by the world around her her.

According to Thompson, her writing process began in the fall of 2019. She says she figured out the plot of the story in three days, and decided she would begin to write it over Christmas break.

“When coronavirus and quarantine began in March and gave me extra time, I buckled down and got to work. Three months later, the first draft of ‘Between the Cross and the Flame’ was finished.”

For three months, Thompson wrote everyday for two-to-three hours each day. She said, “It wasn’t difficult sticking with it because of quarantine, but sometimes I had to remind myself that I wanted to finished this book before my senior year to get going.”

When she began looking into publishing, Thompson said that some of her options were too expensive. Because of this, she looked into self-publishing her novel through Amazon.

After a month of attending webinars, editing the book, and designing a cover, “Between the Cross and the Flame” was finally ready to become a published book on the fourth of September.

Thompson intends to make a trilogy of her story, and plans three other series alongside it. She says, “I plan to release the second book of, ‘Between the Cross and the Flame’ in 2021, and the first book of a sci-fi novel is in the works for 2022.”

“To be honest, I’m not a person that gets stressed very often, so writing, ‘Between the Cross and the Flame’ was not particularly stressful,” Thompson says, “It was a lot of work, though. Writing a book takes time, and the mental focus it takes to really pay attention to those tiny details is exhausting, but it is so worth it to hold a finished copy of your book in your hands!”

Now an officially published author, Thompson is an inspiration and role model for other writers at Perrysburg High School.

“My advice for other writers is to believe in yourselves and keep writing! It isn’t an easy hobby, but if you want to become an author someday, just keep working at it! Finish that poem, complete that next chapter, and write that next scene.”

Check out other stories on eSomethin.com: