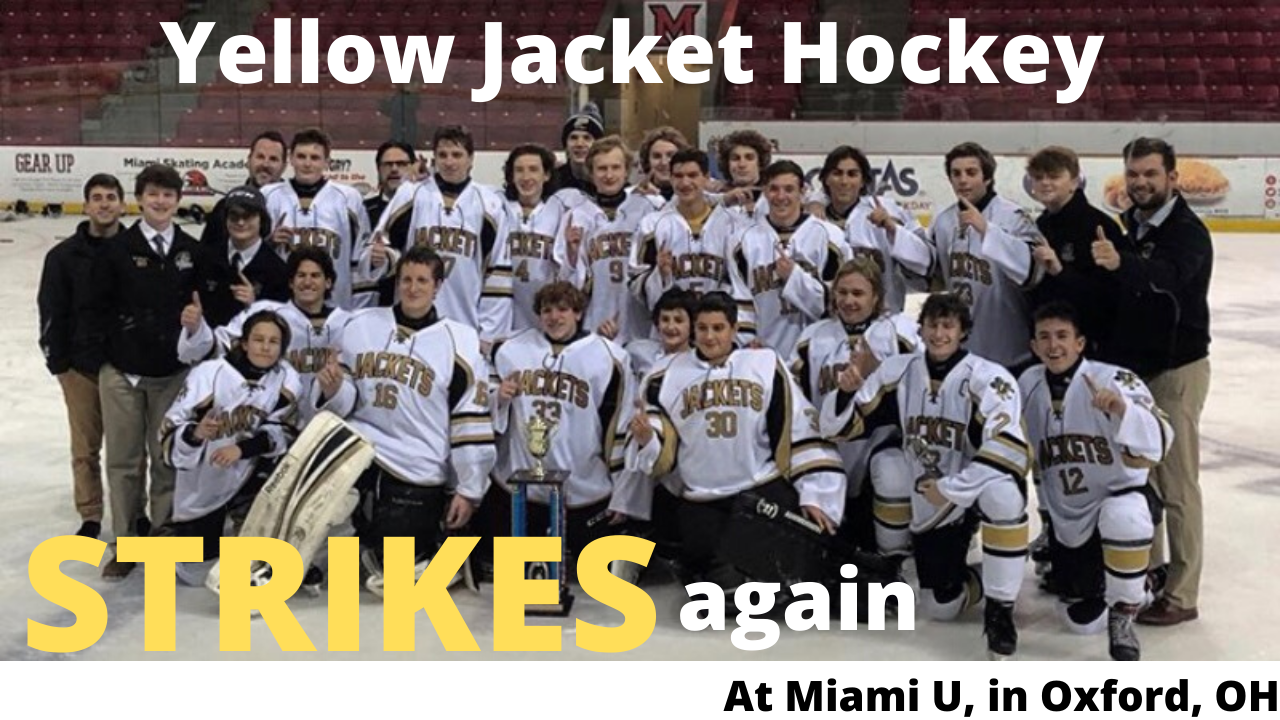 This past weekend, the Perrysburg hockey team competed in the George Dipaolo Tournament in Oxford, Ohio, at Miami University.

The first game was a shutout victory for the Yellow Jackets, with goaltender Jakob Rickman stopping Centerville 9-0. Alex Wilhelm and Logan Maynor scored two goals each.

Then, in the second game against Elder, J.R. Valentine finished allowing only one goal. Collin Fredrickson and Caden Togrul both had hat tricks in the 14-1 victory over Elder. In the the third game Captain Caden Togrul had 4 goals in the 12-1 victory.

The championship occurred the following morning against undefeated Athens. It was a very physical game with the injury of Captain Tay Schneider. The Jackets beat Athens 7-2 for the championship win.

Captain Caden Togrul was named most valuable player of the tournament.

The Jackets will be back in action next Friday against Maumee at Tamo.