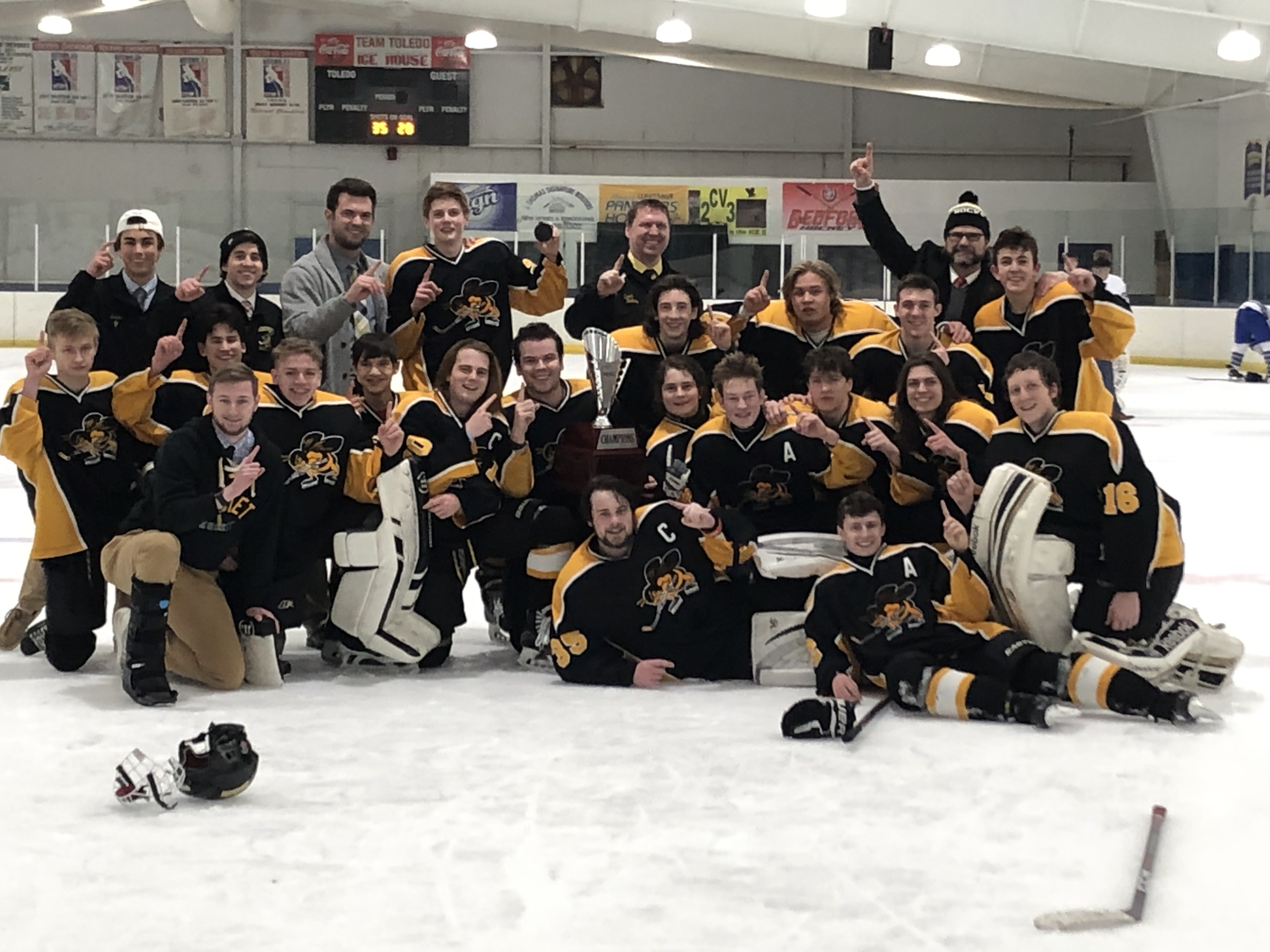 Imagine this: your hockey team is undefeated in its league, up for the championship game, the last of the your senior year. By third period, you are up 3-1 against your opponent, a team you have already beat twice this season. Yet in overtime you lose 5-4.

This is how Anthony Wayne felt last Sunday night. The Yellow Jackets defeated the generals in an epic battle on ice.

Perrysburg Athletic Director Chuck Jaco addressed the team before the game, saying “the best games to be in are championship games when you’re the underdog.”

Other accomplishments this season include senior goalie Will Kuene earning his 50th career win and junior Caden Togrul racking up 48 assists, breaking the previous third-place school record for the most assists in a single season.

For a team graduating five senior players and three managers, you can’t ask for a much better way to go out.