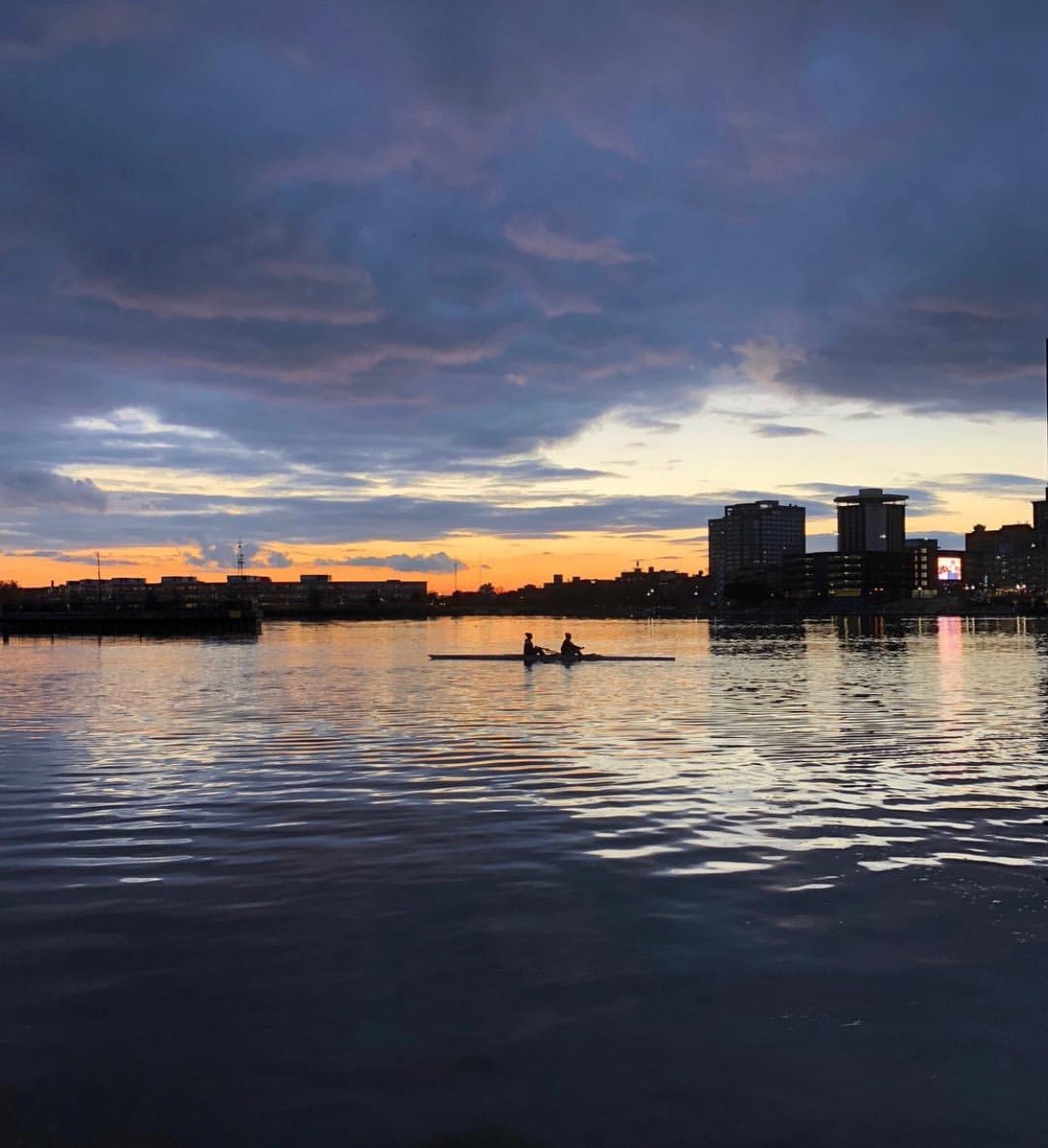 For many high school athletes, competing at the collegiate level is a goal they work up to their entire sport career. While the process can be challenging, with hard work, big goals, and determination, students can thrive and find themselves committed to a college of their dreams. For senior Julia Lee, the college of her dreams was The University of Notre Dame, where she has officially decided to continue her academic and rowing career in the years to come.

As a freshman, rowing in college never once crossed Lee’s mind, as the only sport she had ever participated in was swimming. Joining Perrysburg Rowing Club in her sophomore year opened her eyes to brand new challenges and unforgettable experiences, such as her favorite regatta in Tennessee.

“[The regatta] was insane,” Lee explains, “there were teams from all over the world… There was so much good racing.”

Regattas like this one have helped prepare Lee for the years to come with her new team at Notre Dame. The number one thing she looks forward to next year “is becoming a part of a whole new family of rowers.”

Outside of the rowing season, Julia works hard to push her teammates in swimming.

Claire Deraad, a swimmer for the PHS Swim Team, takes note of how strong Lee’s work ethic is in the pool: “Julia works very hard all the time… She is very motivational as a teammate.”

Jacob Robinson, another teammate from the swim team, joins with Deraad in saying that Julia’s passion has “inspired [them] to join row starting in the fall.” Although Lee won’t physically be able to row with them next year, they know she’ll be cheering them on while at Notre Dame.

Molly Mies, Lee’s teammate on the rowing team, talks of the bond shared between them as rowers. Competing as a pair, they both work to “push each other to the limit [by] motivating each other to go faster and keep moving forward.”

All of their hard work pays off, as the this team of two has a chance to come home with some hardwear during the spring season. As her friend and teammate, Miles expresses how excited she is for Lee’s future plans, saying, “She deserves everything; she has put her heart and soul into this.”

Although there is a chance they could be competitors in the future, the bond they’ve built in high school will never be forgotten.

The journey to becoming a college athlete is filled with passion, perseverance, and love for the sport, and the road one must take to reach their goals for the future makes the work worthwhile. As her senior year inches closer to the end, Julia Lee will have to prepare for what’s to come in the future at Notre Dame with her teammates right by her side the entire way.