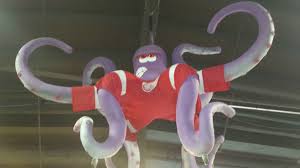 As the summer comes to an end and fall approaches, the Detroit Red Wings season is about to start. The puck drops on October 4th at Little Caesars Arena as the Red Wings face off against their rival, the Columbus Blue Jackets, at 7:30pm.

The Red Wings won a total of seven games and only lost one during the preseason. These games do not affect their overall record but it is  good to start the season off the right note. This preseason has been special for the Red Wings because they have focused on trying out new players picked up in the offseason.

The Red Wings lost their captain, Henrik Zetterberg, a few weeks back because he suffered a back injury that led to his retirement.

As of publication of this article, the Red Wings have not named a new captain. The alternate captains are Justin Abdelkader and Niklas Kronwall. The Red Wings have had a captain since the 1926-27 season. Could this be season that breaks that long record?

This will be the Red Wings’ second year in the Little Caesar Arena in Detroit. The Red Wings old stadium was the Joe Louis Arena which closed the doors for the last time on July 30, 2017.

As the Red Wings look forward to the season, they will need to overcome some tough competition to make it to the Stanley Cup Playoffs at the season’s end.