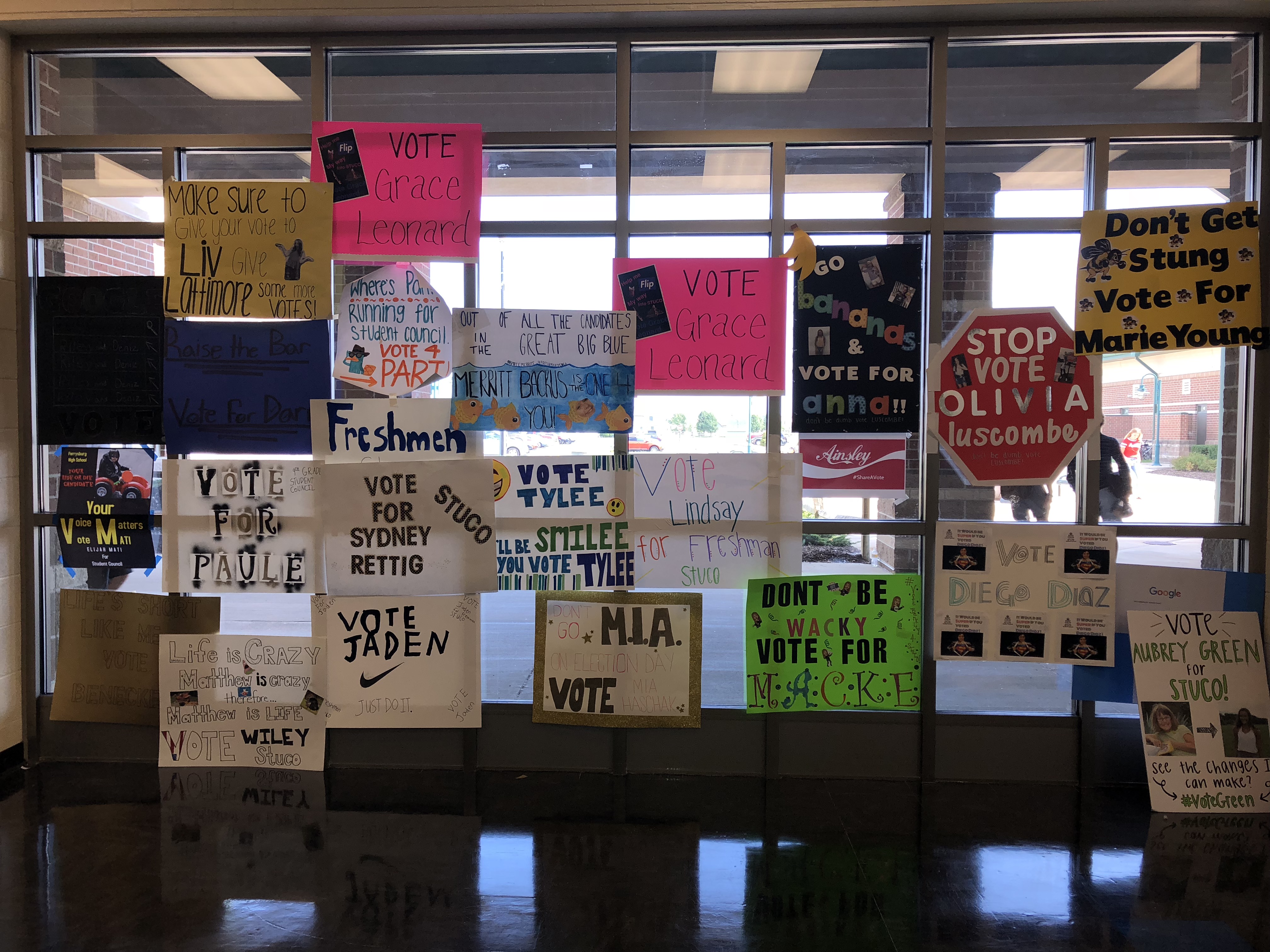 With the arrival of the class of 2022, a new round of Student Council posters and campaigns shows that freshmen have truly entered PHS.

Of the 37 students running for office, freshmen will be able to vote for 7.  The fourteen students with the highest votes will take office.

On Thursday, August 30th, those running will learn if they’ve campaigned enough to make the council. Results will be announced.  During the campaign, council hopefuls hung posters and flyers around the halls and the commons. They handed out labeled candies and treats before, during, and after school, doing everything they can to be elected.

For those who don’t win the initial election, their chances at being in Student Council are not fully diminished yet. There will be a chance for 4 more students to be “written on”. Those who wish to be written on must write an essay saying why they should be in Student Council.

The students who were elected will see the essays anonymously, and vote on the best 4 to be added to Student Council. Good luck to all of the Freshmen who are running for office!