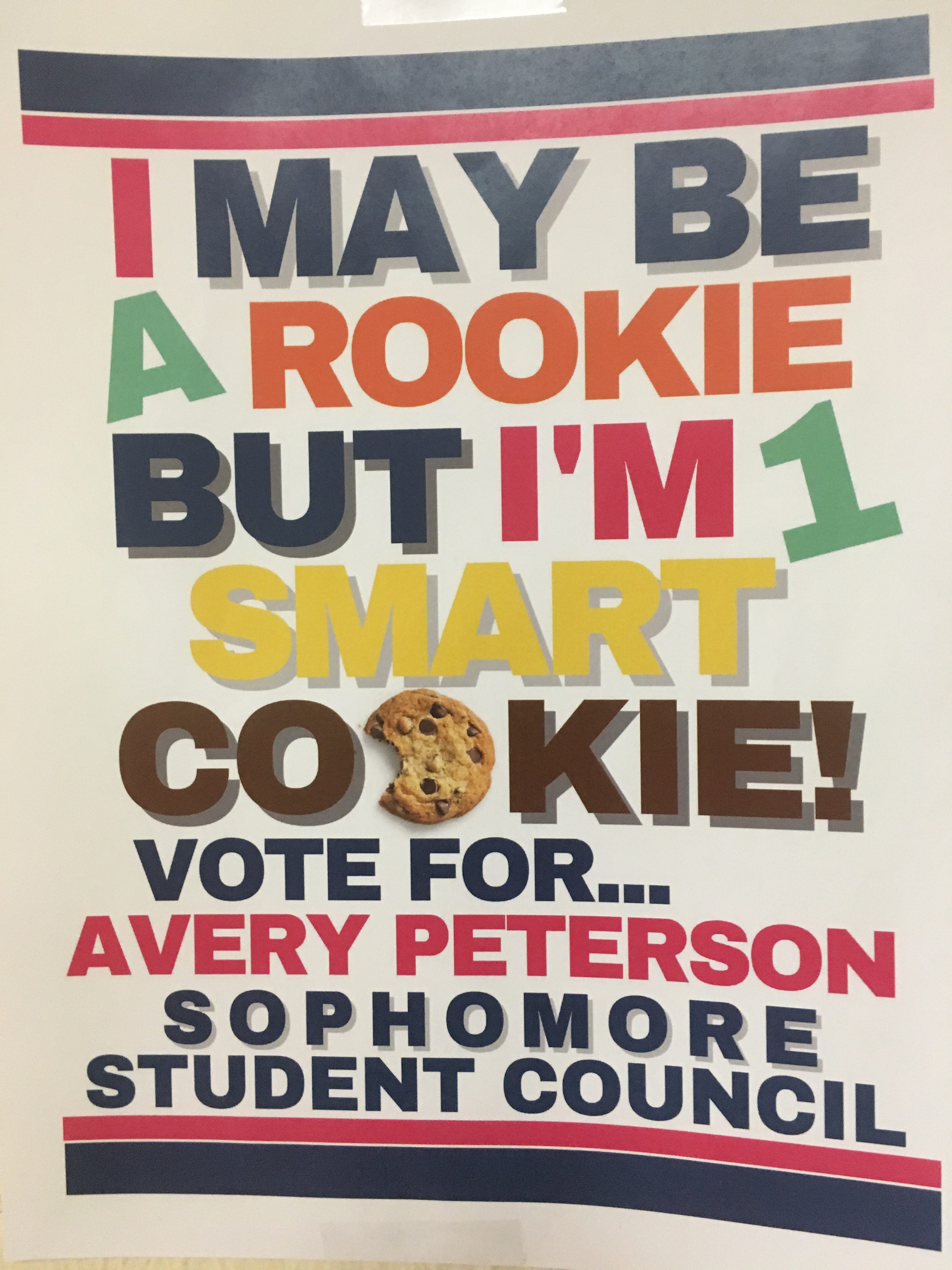 Here are some highlights from the extremely creative student council campaigns. Underclassmen have always been known to go all out, this year we have puns, photoshop, and more! Voting for student council took place April 19th and April 20th in homeroom.

After School on April 20th, the official list for next years student council was released on Schoology by the Student Council advisor, Mr. Kevin English.

He closed the message by reminding students that you can, “Feel free to turn in an add on form by Tuesday (3:30 PM) if you did not win.  Each grade will select another 3-4 members.”

With this list released, we can not wait to see what amazing things Student Council will do next school year.